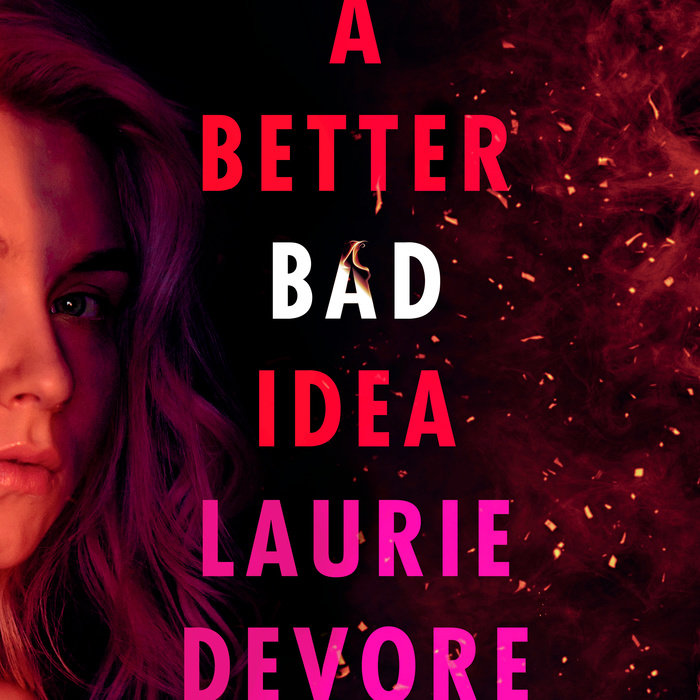 Written by: Laurie Devore
Read by: Ann Marie Gideon & Catherine Taber
8 Hours and 22 Minutes Imprint: Listening Library Ages 14 and up Release Date: March 16, 2021
Laurie Devore's new YA novel is a searing look at a forgotten girl who has no good choices left, but one better bad idea . . .

Evelyn Peters is desperate. Desperate for a way out of McNair Falls, the dying southern town that's held her captive since the day she was born. Desperate to protect her little sister from her mother's terrifying and abusive boyfriend. And desperate to connect with anyone, even fallen golden boy Ashton Harper, longtime boyfriend of the girl Evelyn can never stop thinking about -- beautiful, volatile, tragically dead Reid Brewer.

Until a single night sends Evelyn and Ashton on a collision course that starts something neither of them can stop. With one struck match, their whole world goes up in flames. The only thing left to do is run--but leaving McNair Falls isn't as easy as just putting distance between here and there and some secrets refuse to stay left behind.

A reckoning is coming . . . and not everyone is getting out alive.
Read More