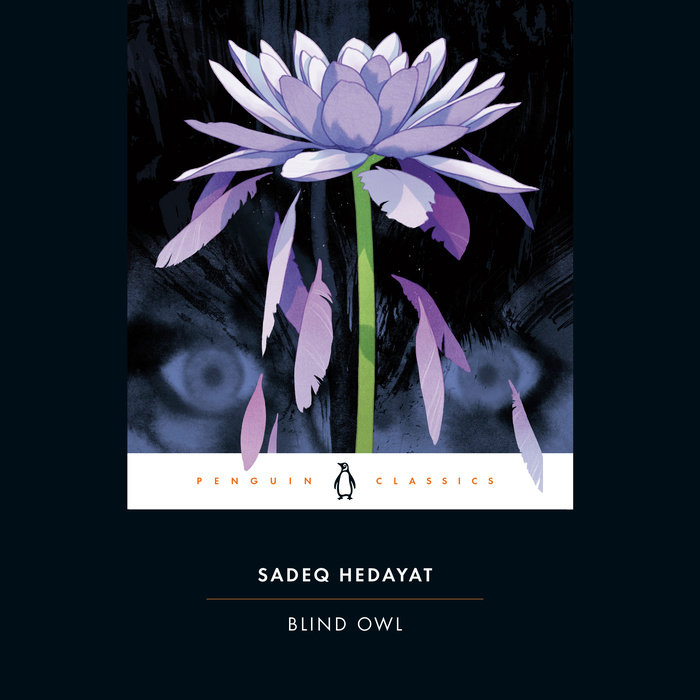 Written by one of the greatest Iranian writers of the twentieth century, Blind Owl tells a two-part story of an isolated narrator with a fragile relationship with time and reality. In first person, the narrator offers a string of hazy, dreamlike recollections fueled by opium and alcohol. He spends time painting the exact same scene on the covers of pen cases: an old man wearing a cape and turban sitting under a cypress tree, separated by a small stream from a beautiful woman in black who offers him a water lily. In a one-page transition, the reader finds the narrator covered in blood and waiting for the police to arrest him. In part two, readers glimpse the grim realities that unlock the mysteries of the first part. In a new translation that reflects Hedayat’s conversational, confessional tone, Blind Owl joins the ranks of classics by Edgar Allan Poe, Franz Kafka, and Fyodor Dostoyevsky that explore the dark recesses of the human psyche.

“The eerie, phantasmal Blind Owl…possesses the fully dimensional oddness of a vivid dream, which one can mine for interpretations, analyze for influences or simply submit to.”
—Sam Sacks, Wall Street Journal
Read More