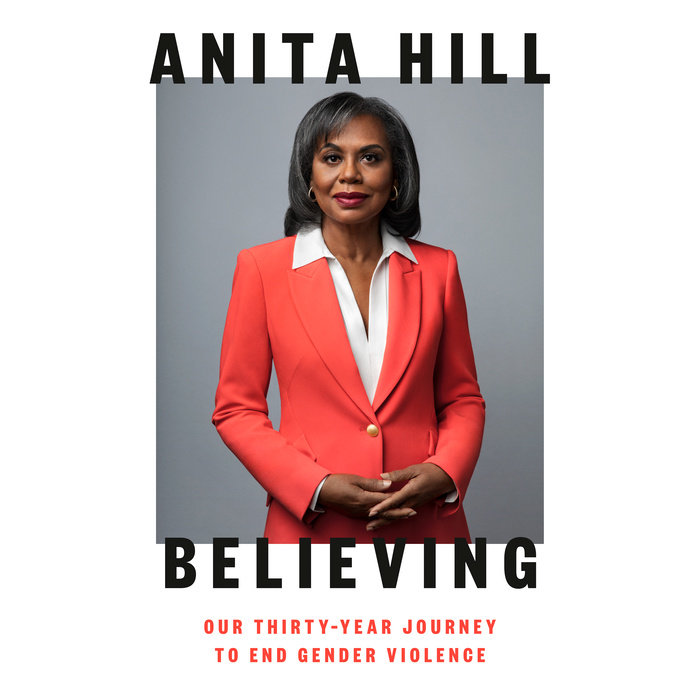 Written by: Anita Hill
Read by: January LaVoy
10 Hours and 44 Minutes Imprint: Penguin Audio Genre: Social Science - Sexual Abuse & Harassment Release Date: September 28, 2021
From the woman who gave the landmark testimony against Clarence Thomas as a sexual menace, a new manifesto about the origins and course of gender violence in our society; a combination of memoir, personal accounts, law, and social analysis, and a powerful call to arms from one of our most prominent and poised survivors.


In 1991, Anita Hill began something that's still unfinished work. The issues of gender violence, touching on sex, race, age, and power, are as urgent today as they were when she first testified. Believing is a story of America's three decades long reckoning with gender violence, one that offers insights into its roots, and paths to creating dialogue and substantive change. It is a call to action that offers guidance based on what this brave, committed fighter has learned from a lifetime of advocacy and her search for solutions to a problem that is still tearing America apart.

We once thought gender-based violence--from casual harassment to rape and murder--was an individual problem that affected a few; we now know it's cultural and endemic, and happens to our acquaintances, colleagues, friends and family members, and it can be physical, emotional and verbal. Women of color experience sexual harassment at higher rates than White women. Street harassment is ubiquitous and can escalate to violence. Transgender and nonbinary people are particularly vulnerable.

Anita Hill draws on her years as a teacher, legal scholar, and advocate, and on the experiences of the thousands of  individuals who have told her their stories, to trace the pipeline of behavior that follows individuals from place to place: from home to school to work and back home. In measured, clear, blunt terms, she demonstrates the impact it has on  every aspect of our lives, including our physical and mental wellbeing, housing stability, political participation, economy and community safety, and how our descriptive language undermines progress toward solutions. And she is uncompromising in her demands that  our laws and our leaders must address the issue concretely and immediately.

Read More
"Anita Hill's courage on screen awakened a nation to gender violence. Now, in the pages of Believing, she shows each of us how to be courageous, too."—Gloria Steinem

"Incisive and impassioned . . . Hill’s inspiring personal history, eloquently constructed arguments, and dogged persistence in shining a light on the topic make this an essential look at the fight against misogyny."—Publishers Weekly *starred and boxed review*
"Hill’s new book defies boundaries by bringing together elements of memoir with law, social analysis, and polemic—delivered with the precision of a powerful lawyer and the vulnerability of someone who became a target of merciless media scrutiny after testifying to being sexually harassed by now–Supreme Court Justice Clarence Thomas . . . With searing insight, Hill shows how much and how little things have changed since 1991. Her book gives hope, inspires activism, and discourages complacency."—Library Journal *starred review*

"A powerful argument that ending gender violence is an attainable goal, if only we apply ourselves to the work."—Kirkus Reviews