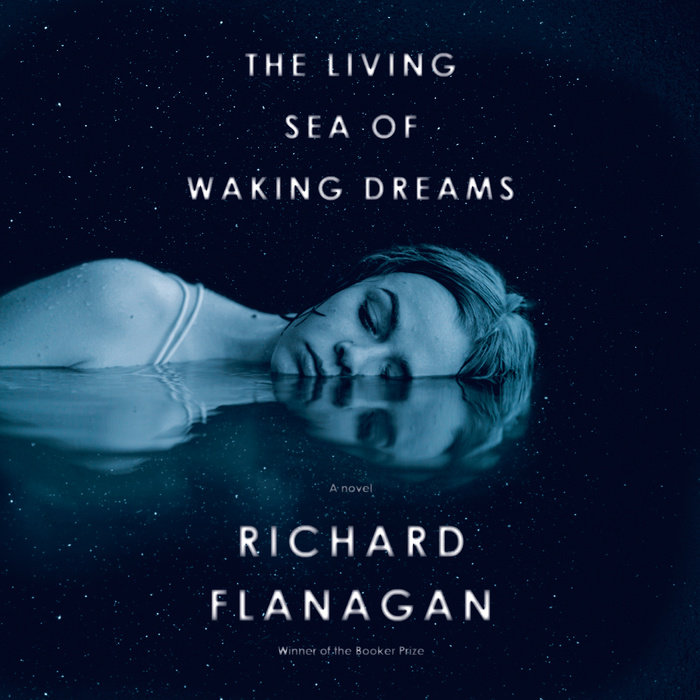 Anna's aged mother is dying. Condemned by her children's pity to living, subjected to increasingly desperate medical interventions, she turns her focus to her hospital window, through which she escapes into visions of horror and delight. When Anna's finger vanishes and a few months later her knee disappears, Anna too feels the pull of the window. She begins to see that all around her, others are similarly vanishing, yet no one else notices. All Anna can do is keep her mother alive. But the window keeps opening wider, taking Anna and the reader ever deeper into an eerily beautiful story of grief and possibility, of loss and love and orange-bellied parrots.

Hailed on publication in Australia as Richard Flanagan's greatest novel yet, The Living Sea of Waking Dreams is a rising ember storm illuminating what remains when the inferno beckons: one part elegy, one part dream, one part hope.
Read More
“Flanagan is one of our greatest living novelists, able to tackle material so wrenching that you can’t stop reading.” —Bethanne Patrick, Washington Post

“The Living Sea of Waking Dreams, like Jonathan Franzen’s best novels, quietly traces a societal rift around wealth and what amounts to a ‘good life’ . . . In the end, like Flanagan’s best work the novel grounds itself in humane ideals. Love. Hope. Dignity.” —New York Times Book Review

“What an astonishing book this is . . . Masterful . . . This novel is a revelation and triumph, from a writer demonstrating, yet again, the depths of his talent, while revelling in a new, unfamiliar register. It is at once timely and timeless, full of despair but leavened by hope, angry and funny and sad and a bit magical.” —Sydney Morning Herald

“Superb . . . It is a remarkable book and it serves Literature in the most insistent, dedicated, and demanding manner. Any novelist writing at this moment should write in such a way that no reader can remain indifferent or feign ignorance of our role in the subjugation of the world . . . Flanagan’s novel is brave enough to say It’s not about us any more. It really isn’t.”—Joy Williams, Book Post

“One of the most profound, moving novels I’ve ever read, a true masterpiece.”—Cherilyn Parsons, LitHub

“Gorgeous, mesmerizing . . . Reading Flanagan is like watching Federer at Wimbledon: he can do pretty much anything on the page and make it look easy, elegant . . . Flanagan never misses a beat. His language is drum-tight, his ear for prose rhythms impeccable . . . Flanagan has given us a novel that’s inventive and lyrical, a dark meditation on where we are and where we may be headed. The Living Sea of Waking Dreams is his finest work yet.”
—Hamilton Cain, Harvard Review

“Flanagan writes movingly . . . His poetic prose and rigorously argued points make this novel hard to dismiss. At its strongest, the book poses an important question: What constitutes dignity? . . . How do our actions and motivations compromise the health of those around us? It’s a question a year of unrelenting darkness has made all the more critical.”
—Michael Magras, Pittsburgh Post-Gazette

“Richard Flanagan is one of the greatest writers at work in the world today—I admire him and his writing immensely. The Living Sea of Waking Dreams is a haunting, urgent, and important book about our broken and confusing age.”
—James Rebanks, author of The Shepherd’s Life

“Peculiar and bewitching . . . The Living Sea of Waking Dreams is a powerful rumination on frailty and mortality.”—Sarah Rachel Egelman, Book Reporter

“Writers the world over are grappling with a version of this question: in the face of so much devastation, so much terror, what can fiction possibly achieve? The Living Sea of Waking Dreams is Flanagan’s emphatic, wrenching answer.” —Guardian Australia

“Like Richard Powers’s The Overstory, this is a timely, unforgettable work of climate fiction.” —Booklist (starred)

“A fiercely well-observed account of the psychological twists and turns, the stress points and the double-binds of familial love.” —Daily Telegraph

“His prose has a pyrotechnic brilliance.” —Mail on Sunday

“The brilliance of Flanagan’s story and the deep power of this novel is in our witnessing of the end of the world . . . In The Living Sea of Waking Dreams it is a matriarch rather than a patriarch slowly, messily and unevenly passing out of the world [but] in this respect Flanagan’s novel resembles Jonathan Franzen’s The Corrections or HBO’s Succession.” —The Conversation

“It concludes, astonishingly for a story about our flaws, our blindnesses—the individual and collective fiasco that has brought us to this point—with a message of hope.” —The Weekend Australian

“Unforgettable . . . Flanagan shines in his fierce, surrealistic look at a family’s dissolution in a recognizable if dystopian Australia that’s ravaged by wildfires.” —Publishers Weekly (starred)

“Like Richard Powers’s The Overstory, this is a timely, unforgettable work of climate fiction.” —Booklist (starred)
Read More 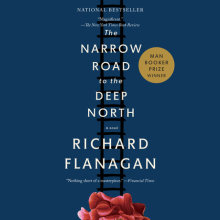 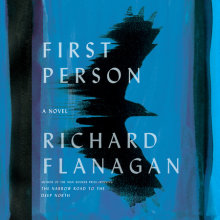