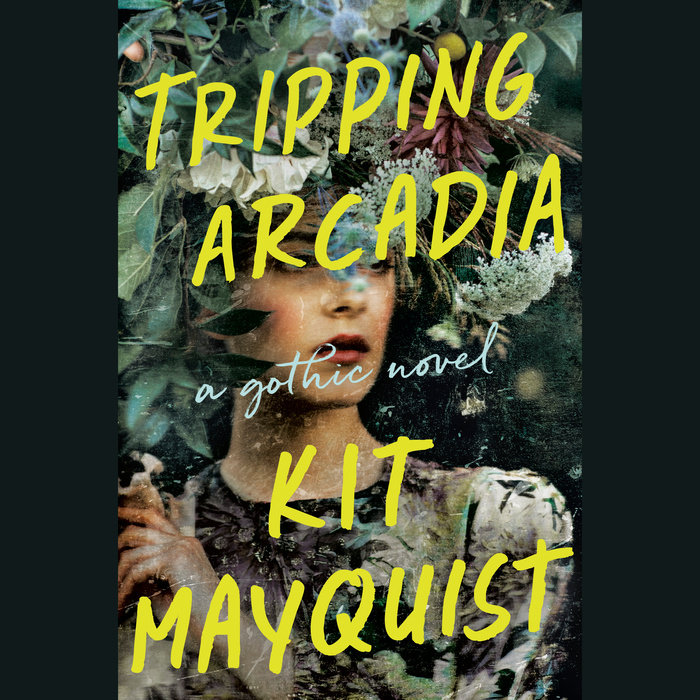 Written by: Kit Mayquist
Read by: Carlotta Brentan
10 Hours and 53 Minutes Imprint: Penguin Audio Genre: Fiction - Gothic Release Date: February 22, 2022
From debut author Kit Mayquist, a propulsive and atmospheric modern gothic with all the splendor of The Great Gatsby . . . and all the secrets, lies, and darkness that opulence can hide

Med school dropout Lena is desperate for a job, any job, to help her parents, who are approaching bankruptcy after her father was injured and laid off nearly simultaneously. So when she is offered a position, against all odds, working for one of Boston’s most elite families, the illustrious and secretive Verdeaus, she knows she must accept—no matter how bizarre the interview or how vague the job description.

By day, she is assistant to the family doctor and his charge, Jonathan, the sickly, poetic, drunken heir to the family empire, who is as difficult as his illness is mysterious. By night, Lena discovers the more sinister side of the family, as she works overtime at their lavish parties, helping to hide their self-destructive tendencies . . . and trying not to fall for Jonathan’s alluring sister, Audrey. But when she stumbles upon the knowledge that the Verdeau patriarch is the one responsible for the ruin of her own family, Lena vows to get revenge—a poison-filled quest that leads her further into this hedonistic world than she ever bargained for, forcing her to decide how much, and whom, she's willing to sacrifice for payback.

The perfect next read for fans of Mexican Gothic, Tripping Arcadia is a page-turning and shocking tale with an unforgettable protagonist that explores family legacy and inheritance, the sacrifices we must make to get by in today’s world, and the intoxicating, dangerous power of wealth.
Read More
Praise for Tripping Arcadia

“Gory and glittering, Tripping Arcadia is a classic in the making, effortlessly modernizing the gothic in a way that feels both fresh and timeless. Mayquist is a novelist to watch.”
—Hannah Whitten, New York Times bestselling author of For the Wolf

“Kit Mayquist's deft ability to craft deliciously atmospheric tension, combined with his compelling, lyrical language made Tripping Arcadia a knockout powerhouse of a book I simply couldn't put down until I'd breathlessly inhaled it all. Don't miss this stunning debut.”
—R. H. Herron, author of Stolen Things and Hush Little Baby

“A gripping, atmospheric read full of characters that will haunt your mind long after the book is finished. This novel seamlessly blends antique gothic sensibilities with burning modern questions of class, money, and status, all wrapped up in poisonously elegant prose.”
—S. T. Gibson, author of A Dowry of Blood

“Mayquist embraces the gothic genre with delicious glee, peeling back a shimmery overlay of glamour to expose the rot beneath. With Tripping Arcadia, he has crafted a tale that thrums with eat-the-rich vibes and the exhilarating prospect of a have-not prevailing over the have-everythings. Its reckoning with the state of work in a capitalist society will energize readers, and they’ll be rooting for the flawed yet captivating Lena through every creative twist and dark detail.”
—BookPage

“All I have ever wanted is a revival of the romantic gothic thriller, and thanks to the incredible success of Silvia Moreno-Garcia’s Mexican Gothic, I may have finally gotten my wish. 2022 is replete with creepy tales of degenerate families in crumbling manors, and Mayquist’s is one of the most promising of the lot.”
—BookPage, “2022 Preview: Most Anticipated Mystery & Suspense”

"Without plot spoiling, let’s just say Mayquist’s novel is Gothic, sure, but also has undercurrents of romance and revenge that make it downright unputdownable."
—Book Riot

“[A] salacious tale of family drama, corporate dealings, dangerous secrets, and poison . . . A twenty-first-century gothic with a fascinating botanical frame and an escalating sense of dread that will be savored by fans of Mexican Gothic, by Silvia Moreno-Garcia; Now You’re One of Us, by Asa Nonami; and Creatures of Will and Temper, by Molly Tanzer.”
—Library Journal

“I have never read a book like this before. It is at once dark, deep, and opulent. . . . The ending is surprising with a twist I did not see coming. It is almost impossible to believe that this is Kit Mayquist’s debut novel. I can’t wait to see what he writes next.”
—Mystery & Suspense Magazine
Read More