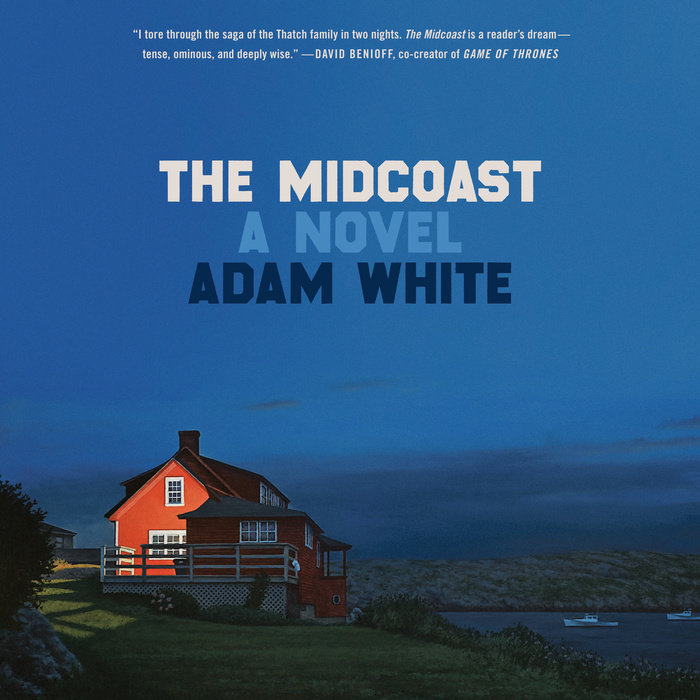 “I tore through the saga of the Thatch family in two nights. The Midcoast is a reader’s dream—tense, ominous, and deeply wise.”—David Benioff, co-creator of Game of Thrones

ONE OF THE BEST BOOKS OF THE YEAR: CrimeReads

It’s spring in the tiny town of Damariscotta, a tourist haven on the coast of Maine known for its oysters and antiques. Andrew, a high school English teacher recently returned to the area, has brought his family to Ed and Steph Thatch’s sprawling riverside estate to attend a reception for the Amherst women’s lacrosse team. Back when they were all teenagers, Andrew never could have predicted that Ed, descended from a long line of lobstermen, or Steph, a decent student until she dropped out to start a family, would ever send a daughter to a place like Amherst. But so the tides have turned, and Andrew’s trying hard to admire, more than envy, the view from Ed’s rolling backyard meadow.

As Andrew wanders through the Thatches’ house, he stumbles upon a file he’s not supposed to see: photos of a torched body in a burned-out sedan. And when a line of state police cruisers crashes the Thatches’ reception an hour later, Andrew and his neighbors finally begin to see the truth behind Ed and Steph’s remarkable rise. Soon the newspapers are running headlines about the Thatches, and Andrew’s poring over his memories, trying to piece together the story of a family he thought he knew.

A propulsive drama that cares as deeply about its characters as it does about the crimes they commit, The Midcoast explores the machinations of privilege, the dark recesses of the American dream, and the lies we tell as we try, at all costs, to protect the ones we love.
Read More
“Looking for an addictive summer read? This crime drama embedded in a moving portrait of two Maine families marks the debut of a genius storyteller.”—People (Book of the Week)

“A propulsive crime saga . . . An absorbing look at small-town Maine and the thwarted dreams of a family trying to transcend it.”—Lee Cole, The New York Times

“One of the most anticipated novels of the year.”—Town & Country

“Home is atmosphere, description, trees, and coastline, but it’s also solidity and safety, a sense of knowing and understanding a place. The Midcoast suggests that home is also other people—the ones we love, but also the ones we envy.”—Maine magazine

“In deft, knowing, and crystalline prose, Adam White writes, in essence, the novel about the Maine coast, a winsome, perplexing, and ultimately shadowy place that doesn’t give up its big secrets easily.”—Richard Ford

“The Midcoast is a suspenseful, funny, and chilling uncovering of small-town secrets within a propulsive family drama. . . . A perfect summer read about a perfect vacation haven.”—Angie Kim, author of Miracle Creek

“Vividly drawn and movingly told, The Midcoast is a searching, honest, and evocative portrait of human relationships, hometown secrets, and the hidden machinations of privilege. Adam White’s debut enthralls, a modern classic from a bold and insightful new voice in fiction.”—Alexandra Kleeman, author of Something New Under the Sun

“The Midcoast is a brilliant, ferocious debut novel about ambition, class, and crime in coastal Maine, simultaneously propulsive and nuanced. Adam White brings his powerful gifts to bear on a story that speaks directly to our troubled moment with eloquence and heart. After this, Vacationland will never look the same.”—Andrew Martin, author of Early Work

“The Midcoast is an insanely good novel, compulsively readable, with a growing feeling of menace and catastrophe that becomes almost unbearable. Elegantly written, with vivid characters and an intricately realized setting, this is a stunning debut from a writer we will certainly hear from again. I highly recommend this book.”—Douglas Preston, #1 bestselling author of The Lost City of the Monkey God

“The Midcoast expertly weaves sharply realized scenes and a profound sense of empathy into a plotline full of tension, resentments, and dangerous secrets. In [White's] talented hands, we understand how virtues like love and loyalty can still lead us to a sea of vices. . . . A wise and powerful debut!”—Stacey Swann, author of Olympus, Texas

“White’s first novel is a corker, well plotted and paced and with just the right elements of suspense . . . a fine debut.”—Booklist 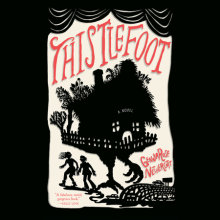 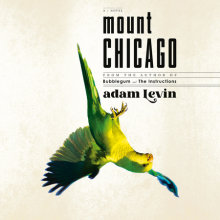