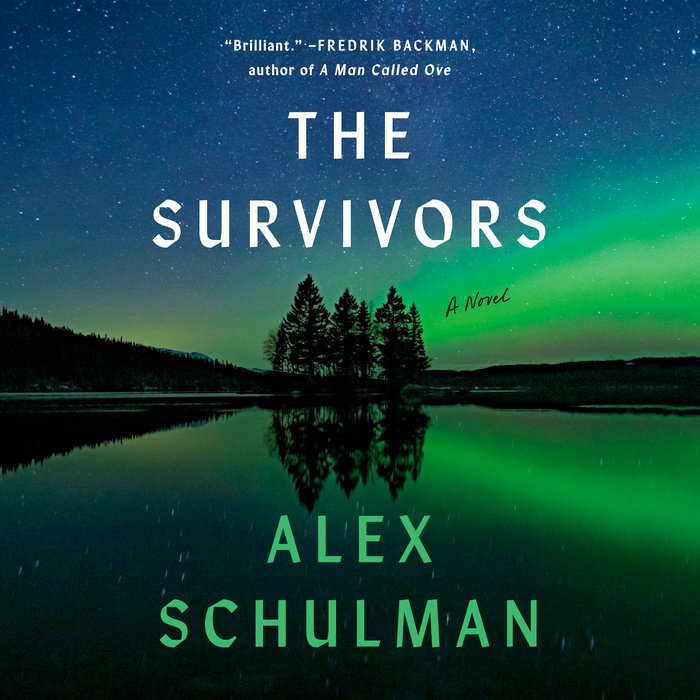 "Takes you deep into an emotional labyrinth [where] you'll cry for these brothers. For the men they became, for the boys they were, for the innocence they lost. Brilliant, haunting and unforgettable." —Fredrik Backman, author of A Man Called Ove

There is Nils, the oldest, who couldn't escape his suffocating home soon enough, and Pierre, the youngest, easily bullied and quick to lash out. And then there is Benjamin, always the family's nerve center, perpetually on the lookout for triggers and trap doors in a volatile home where the children were left to fend for themselves, competing for their father's favor and their mother's elusive love.

But as the years have unfolded, Benjamin has grown increasingly untethered from reality, frozen in place while life carries on around him. And among the brothers a dangerous current now vibrates. What really happened that summer day when everything was blown to pieces?

In a thrillingly fast-paced narrative, The Survivors mixes the emotional acuity of Edward St. Aubyn, the literary verve of Ian McEwan, and the heart of Shuggie Bain. By brilliantly dissecting a mind unravelling in the wake of tragedy, Alex Schulman reveals the ways in which our deepest loyalties leave us open to the greatest betrayals.
Read More
"A lyrical novel of psychological suspense...Powerfully rendered."
—Wall Street Journal

"An audacious tour de force, The Survivors takes you deep into an emotional labyrinth. You'll cry for these brothers. For the men they became, for the boys they were, for the innocence they lost. Brilliant, haunting and unforgettable."
—Fredrik Backman, author of A Man Called Ove

"The Survivors is a tight, tense marvel of emotional and psychic pain that is as chilling as it is heartbreaking. With precise, evocative prose it winds and coils towards a remarkable conclusion that left me breathless."
—Ivy Pochoda, author of Visitation Street and These Women

"In this taut thriller, three grown brothers bear their mother’s ashes to a remote lakeside cabin, where they pore over a crime committed twenty years earlier…Their shared history is a Pandora’s box of secrets.”
—Oprah Daily

“A bleak and beautiful tale of a shattered family and one terrible summer.”
—Literary Hub, CrimeReads

"Searing...Schulman writes in an understated prose and has an intuitive feel for the subtleties of gesture and memory."
—Publishers Weekly

"Evokes a landscape seen through a child’s eyes, where beauty and terror are inseparable...An accomplished debut."
—The Guardian
Read More