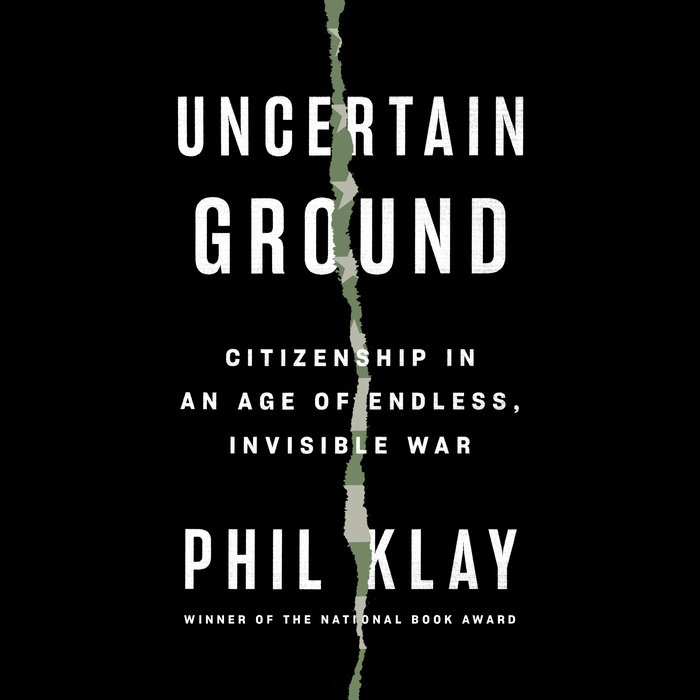 Written by: Phil Klay
Read by: Josh Casaubon
7 Hours and 45 Minutes Imprint: Penguin Audio Genre: Literary Collections - Essays Release Date: May 17, 2022
From the National Book Award-winning author of Redeployment and Missionaries, an astonishing fever graph of the effects of twenty years of war in a brutally divided America.

When Phil Klay left the Marines a decade ago after serving as an officer in Iraq, he found himself a part of the community of veterans who have no choice but to grapple with the meaning of their wartime experiences—for themselves and for the country. American identity has always been bound up in war—from the revolutionary war of our founding, to the civil war that ended slavery, to the two world wars that launched America as a superpower. What did the current wars say about who we are as a country, and how should we respond as citizens?

Unlike in previous eras of war, relatively few Americans have had to do any real grappling with the endless, invisible conflicts of the post-9/11 world; in fact, increasingly few people are even aware they are still going on. It is as if these wars are a dark star with a strong gravitational force that draws a relatively small number of soldiers and their families into its orbit while remaining inconspicuous to most other Americans. In the meantime, the consequences of American military action abroad may be out of sight and out of mind, but they are very real indeed.

This chasm between the military and the civilian in American life, and the moral blind spot it has created, is one of the great themes of Uncertain Ground, Phil Klay’s powerful series of reckonings with some of our country’s thorniest concerns, written in essay form over the past ten years. In the name of what do we ask young Americans to kill, and to die? In the name of what does this country hang together? As we see at every turn in these pages, those two questions have a great deal to do with each another, and how we answer them will go a long way toward deciding where our troubled country goes from here.
Read More
“Uncertain Ground solidifies Mr. Klay’s place among the best of an increasing number of writers who served in Iraq and Afghanistan and, while recounting their experiences in combat realistically and unheroically, raise profound questions about the nature of contemporary warfare.” —Wall Street Journal

“[The] longest, meatiest and most probing essays and articles presented here share the lasting power of Klay’s acclaimed fiction. They were published separately, in different places over a decade-plus span. But read together they amount to an interwoven, evolving and revealing examination of Klay’s central topic: What it means for a country always at war, that so few of its people do the fighting . . . It is engrossing and important, and I hope readers will start with the longest parts first.” —James Fallows, New York Times Book Review

“The keenness of his observations is unmatched . . . With this collection, Klay transcends his self-description as ‘a writer who was once a Marine and writes about war’ to become more of a philosopher. He uses war to pose urgent questions about political identity and personal faith that will endure long after the narratives of recent conflicts get revised and their terminology fades into history.” —Los Angeles Times

“With care, Klay addresses questions of faith, guilt, and collective trauma, offering insights into military culture and the meaning of masculinity . . . Klay has written an important and eye-opening essay collection that should be a must-read.” —Library Journal

“In his new collection of essays, Uncertain Ground: Citizenship in an Age of Endless, Invisible War, Klay diligently examines American society in the two decades since 9/11, an event he calls ‘a somber ghost hanging over our national discourse.’ I think he succeeds admirably.” —Tom Rick, Washington Monthly

“Incisive collection . . . Enriched by the author’s military experiences and sharp turns of phrase (“We’re America. We’re good at violence”), this is an astute and often enraging survey of America’s forever wars.” —Publishers Weekly

“Marine Corps veteran and acclaimed writer Klay delivers a closely observed set of essays on an age of endless war . . . Klay’s incisive, grunt’s-eye perspective is too little heard or heeded. His topics take on larger issues, but they almost always return to that central point of view—whether it be the monasticism of military life, the militarization of the culture, or citizens’ easy access to military-grade weapons. A compelling critique of civilian foibles by a skilled writer well versed in carrying out civilian wishes in the field.” —Kirkus
Read More 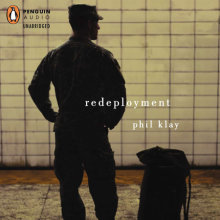