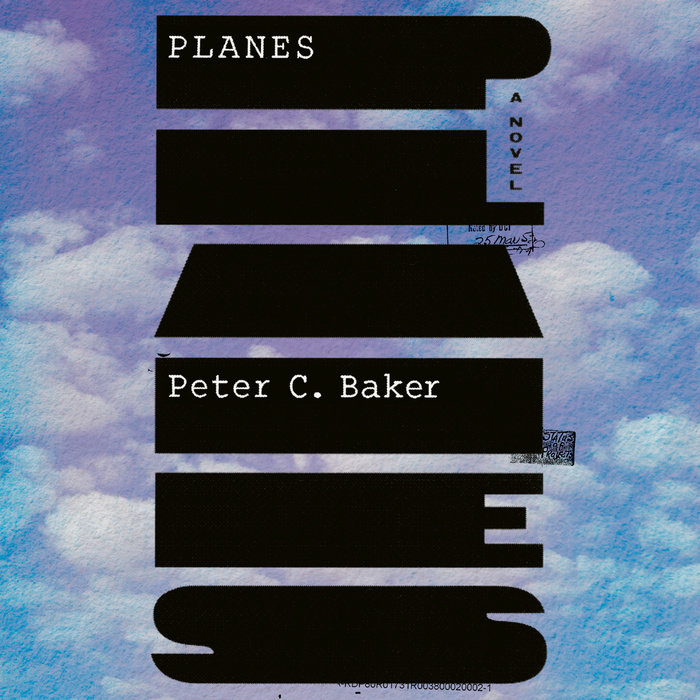 Written by: Peter C Baker
Read by: Lameece Issaq
6 Hours and 52 Minutes Imprint: Random House Audio Genre: Fiction - Family Life - Marriage & Divorce Release Date: May 31, 2022
An urgent, fiercely intelligent debut novel about "two couples, an ocean apart—one wounded by a war crime, the other just starting to reckon with being implicated in it.... An insightful book about the slow, zigzag work of healing that nonetheless moves at the speed of a thriller" (Caleb Crain, author of Necessary Errors).

For years, Amira—a recent convert to Islam living in Rome—has gone to work, said her prayers, and struggled to piece together her husband’s redacted letters from the Moroccan black site where he is imprisoned. She moves as inconspicuously as possible through her modest life, doing her best to avoid the whispered curiosity of her community.

Meanwhile, Mel—once an activist—is trying to get the suburban conservatives of her small North Carolina town to support her school board initiatives, and struggles to fill her empty nest. It's a steady, settled life, except perhaps for the affair she can't admit she's having.

As these narratives unfurl thousands of miles apart, they begin to resonate like the two sides of a tuning fork. And when Mel learns that a local charter airline serves as a front for the CIA’s extraordinary renditions—including that of Amira's husband—both women face wrenching questions that will shape the rest of their lives.

Written with piercing insight and artistry, Planes is a singular, assured, and indelible first novel that announces a major new voice.
Read More
“Planes reads like vintage Don DeLillo at his most thoughtful.” —Chicago Tribune

“Peter C. Baker delicately crafts the internal lives of these very different people . . . The debate continues over whether imagining the other—writing outside one’s identity with respect and empathy—actually works in fiction. We live in a moment of great reckoning. Amira is an interesting contribution to the conversation. The specificity of her Esquilino neighborhood, her nervous lunches with an old flame, her satisfaction in practicing Islam had me turning the book over to look at the author’s name and wonder, How does this Baker know what it is like to be Amira? . . . Her determinations, the way she manages their stings and rewards, capture our shared human ache with stunning accuracy. I felt for her the immediate empathy one feels for a well-written character, and it is clear that Baker did, too.” —Laleh Khadivi, New York Times Book Review

“A subtle portrait of two women who’ve been robbed of things they might never recover . . . Though each could be a satisfying novel of its own, they overlap and fruitfully complement one another.” —Minneapolis Star Tribune

“Baker effortlessly tackles what it means to be human in the face of inhumane events.” —Debutiful

“Arresting . . . Baker masterfully juggles the two concurrent storylines, never losing the urgency of either . . . Along the way, the author digs deep into the nuances of love, pain, betrayal, and the promise of deliverance. This moving debut buzzes with relevance.” —Publishers Weekly (starred)

“Affecting . . . A thoughtful look at the small-scale fallout of an international issue.” —Kirkus Reviews (starred)

“Beautifully written . . . Assured . . . A tale that unfurls like a thriller.” —Booklist

“How do you come home from an atrocity? Peter C. Baker’s absorbing, closely observed novel follows two couples, an ocean apart—one wounded by a war crime, the other just starting to reckon with being implicated in it—as they try to find a way to live in the aftermath. Baker’s offbeat, suggestive strategy is to let the stories intertwine, so that subtle resonances emerge: variations on the themes of patience, misdirection, forgiveness, and exasperation that play in every marriage. Planes is an insightful book about the slow, zigzag work of healing that nonetheless moves at the speed of a thriller.” —Caleb Crain, author of Necessary Errors

“Peter Baker is that rare confident novelist with the most delicate touch. With his twin dramas unfolding on separate planes in Rome and in North Carolina, he shows us that the invisible network connecting everyone can be just as much impersonal actions taken by Washington as intimate domestic secrets that go unshared. Baker has the eye of a seasoned journalist and the ear of a poet; I can’t wait to be absorbed in whatever he writes next." —Sandi Tan, author of Lurkers and director of Shirkers

“The effects of secrets, both personal and political, are on full display in Peter C. Baker’s brilliant novel about America’s recent history. With great subtlety, this novel quietly shows us what it’s like to perform actions that cannot be acknowledged and what the psychic price is for such secrecy. With its fascinating cast of characters, this book is wonderfully readable, and I found its central conflicts to be completely relevant to our time, and unforgettable.” —Charles Baxter, author of The Sun Collective

“This novel stunned me with its gravity and its wisdom, its sense of life’s turbulence and mystery. Baker is an absolutely brilliant writer—in league with Ferrante and DeLillo—with a deep understanding of the interwoven, interconnected web that holds the entire world in its grasp. He also has a novelist’s eye for the moment at hand, how it spreads and fills with love and stops time. I was reminded again that all our great novels are about human decisions. In this book, stretching from Rome to the suburban meeting rooms of a North Carolina school board, an almost unbearable suspense is generated by incredibly good and incredibly bad decisions. In Baker’s hands, an endlessly interesting, somewhat treacherous truth emerges; we are implicated in each other's lives, and all drink from the same rich and complex well.” —Rebecca Lee, author of Bobcat and other Stories
Read More