home
x
Subscribe
- Random House Audio -
Written By: Evanna Lynch
Read By: Evanna Lynch
22.50
Unabridged Download
-9780593503935 -
*Manufacturerâ€™s Suggested Retail Price. See retailer for details.
The Opposite of Butterfly Hunting
The Tragedy and The Glory of Growing Up; A Memoir 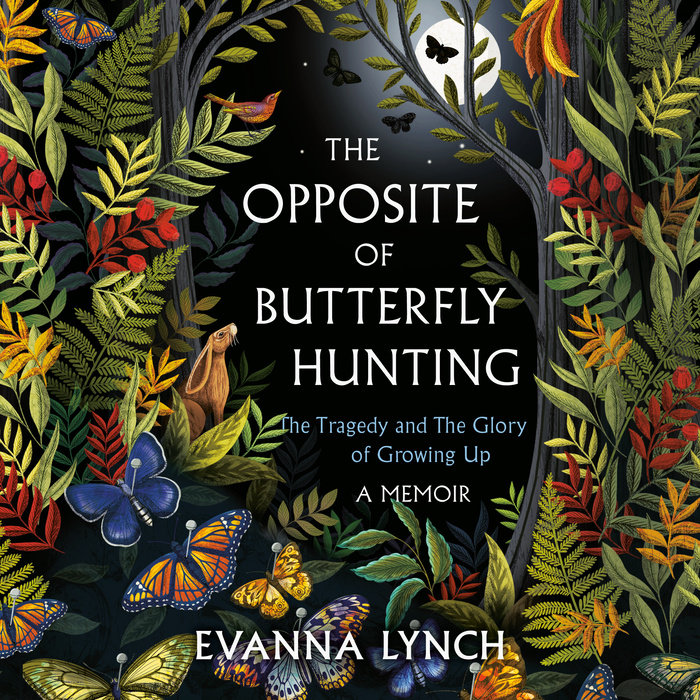 Written by: Evanna Lynch
Read by: Evanna Lynch
13 Hours and 1 Minutes Imprint: Random House Audio Genre: Biography & Autobiography - Personal Memoirs Release Date: October 19, 2021
A raw, compelling memoir from actress and activist Evanna Lynch detailing her rise to fame as Luna Lovegood in the Harry Potter movies while facing disordered eating, and how she learned to navigate the path between fears and dreams—for readers of Jennette McCurdy’s I’m Glad My Mom Died and Tom Felton’s Beyond the Wand.

Evanna Lynch’s casting as Luna Lovegood in the Harry Potter films is a tale that grew to almost mythic proportions—a legend of how she faced disordered eating as a young girl, found solace in a beloved book series, and later landed the part of her favorite character. But that is not the whole story.

Even after recovery, there remains a conflict at her core: a bitter struggle between the pursuit of perfection and the desire to fearlessly embrace her creative side. Revealing a startlingly accomplished voice, Lynch delves into the heart of her relationship with her body. As she takes the reader through a personal journey of leaving behind the safety of girlhood, Lynch explores the pivotal choices that ultimately led her down the path of creativity and toward acceptance of the wild, sensual, and unpredictable reality of womanhood.

Honest, electrifying, and inspiring, this is a story of the battle between self-destruction and creation, of giving up the preoccupation with perfection in favor of our uncharted dreams—and how the simple choice to create is the most liberating action a person can take.
Read More