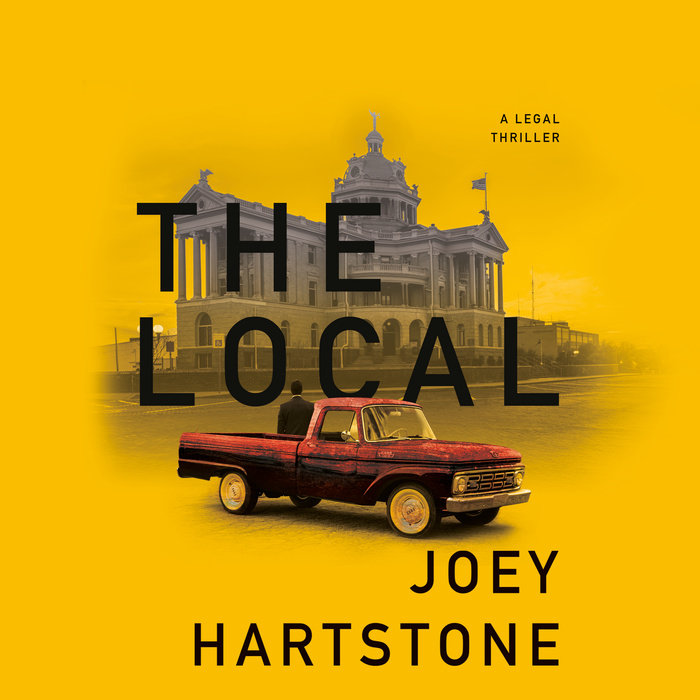 “A spectacular courtroom thriller that kept me turning pages like the best of Grisham or Turow." —Michelle King, co-creator of The Good Wife, The Good Fight, and Evil

In the town of Marshall sits the Federal courthouse of the Eastern District of Texas, a place revered by patent lawyers for its speedy jury trails and massive punitive payouts. Marshall is flooded with patent lawyers, all of whom find work being the local voice for the big-city legal teams that need to sway a small-town jury. One of the best is James Euchre.

Euchre’s new client is Amir Zawar, a firebrand CEO forced to defend his life's work against a software patent infringement. Late one night, after a heated confrontation in a preliminary hearing, Judge Gardner is found murdered in the courthouse parking lot. All signs point to Zawar—he has motive, he has opportunity, and he has no alibi. Moreover, he is an outsider, a wealthy Pakistani-American businessman, the son of immigrants, who stands accused of killing a beloved hometown hero.

Zawar claims his innocence, and demands that Euchre defend him. It’s the last thing Euchre wants—Judge Gardner was his good friend and mentor—but the only way he can get definitive answers is to take the case. With the help of a former prosecutor and a local PI, Euchre must navigate the byzantine world of criminal defense law in a town where everyone knows everyone, and bad blood has a long history. The deeper he digs, the more he fears that he’ll either send an innocent man to death row or set a murderer free.

The Local is a small-town legal thriller as big in scope as Texas. It crackles with courtroom tension and high stakes gambits on every page to the final, shocking verdict.
Read More
"Terrific . . . [Hartstone] writes with verve and affection . . . the characters are vivid and worth rooting for, and the plot is just complicated enough to be interesting without being overwhelming." --The New York Times Book Review

"A sizzling, fast-paced read that drew me in and kept me turning pages right to the end. Joey Hartstone paints a vivid picture of a small-town Texas court where old feuds and allegiances mean anything can happen." —William Landay, author of the New York Times bestselling Defending Jacob

“The Local has everything I love in a book. It's a thriller, a whodunit, and a sexy courtroom drama. It's a real page-turner with fascinating characters that takes place in my home state of Texas. Enjoy!” —Woody Harrelson

“Unraveling a fraught legal system page-by-gripping-page, The Local is an extraordinary and unforgettable powerhouse of a debut. Hartstone's masterful storytelling and switchblade-sharp wit make for a piercing and wildly entertaining thriller about the fragility of power—and the feverish and cruel desperation of those who wield it. An absolute must-read.” —P.J. Vernon, author of Bath Haus

"A spectacular courtroom thriller that kept me turning pages like the best of Grisham or Turow. I loved everything about The Local except for the hours of lost sleep when I couldn't put it down. Let's hope that Joey Hartstone is working on a sequel, because I can't get enough of these characters." —Michelle King, co-creator of The Good Wife, The Good Fight, and Evil

"A compelling and fast-moving novel dealing with the conflict between friendship, family loyalty and duty to the law. Hartstone kept me guessing right till the end." —Lisa Ballantyne, author of The Guilty One

"Joey Hartstone is a consummate storyteller. In The Local, he crafts a razor-sharp thriller reminiscent of the best of Grisham. Filled with simmering tensions, abiding rivalries and the heady atmosphere of small-town Southern America, it’s slick, smart and—to my delight—undeniably sexy." —Kia Abdullah, author of Take it Back

“Hartstone, who has written screenplays for film (Shock and Awe) and TV (The Good Fight), displays a sure hand with the pointed adversarial dialogue that fuels legal thrillers. . .A generally impressive first outing from a talented writer.” —Kirkus Reviews

“A courtroom thriller with a dazzling cinematic quality, which is not surprising as Hartstone is an accomplished film and television writer. Euchre is a well-defined character, a man of depth, but it's the supporting cast that truly pops off the pages. This is an extremely promising debut, and readers will want more of Hartstone's razor’s-edge style. A natural for fans of Grisham and Turow.” —Booklist

"The Local is everything a legal thriller should be. A cunningly crafted courtroom drama, with a top drawer cast of characters that drag you headfirst into the action. I finished it in twenty-four hours, and quite literally couldn’t put it down. For me, this was reminiscent of the likes of John Grisham at his finest." —Rob Scragg, author of What Falls Between the Cracks

"A fast-paced, well-executed legal thriller on par with anyone writing such fare today (looking at you, John Grisham)."--The News Courier

“In The Local, Joey Hartstone shows us that like everything else, the thrills—and the dangers—are bigger in Texas.” —The Big Thrill

"The Local is a brilliant, cinematic story as big as Texas." --Criminal Element
Read More