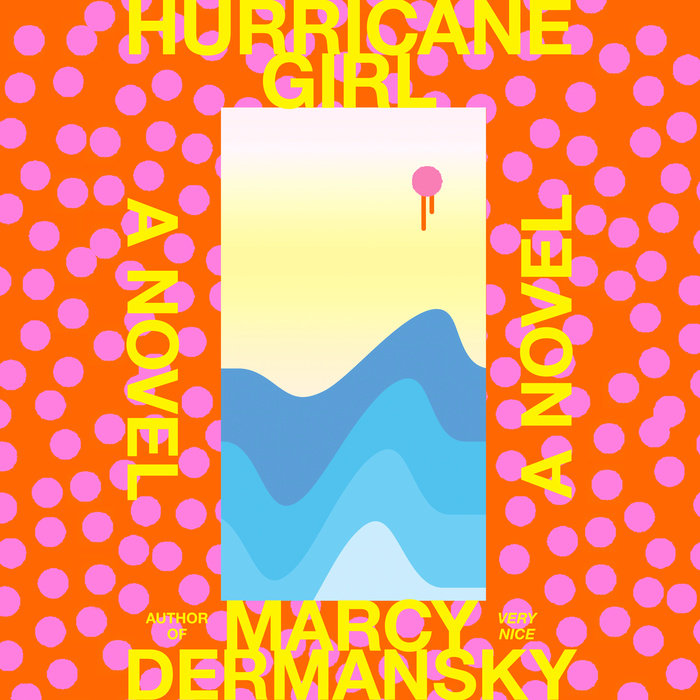 Written by: Marcy Dermansky
Read by: Kristen Sieh
5 Hours and 23 Minutes Imprint: Random House Audio Genre: Fiction - Literary Release Date: June 14, 2022
A propulsive and daring new novel by the author of Very Nice about a woman on the run from catastrophe, searching for love, home, a swimming pool, and for someone who can perhaps stop the bleeding from her head.

"Marcy Dermansky is one of the most wildly original writers that I've ever read, and Hurricane Girl showcases what makes her so amazing. In tracking the unpredictable movements of a strange and hypnotic journey in the aftermath of a natural disaster, Dermansky nails the sensation of being alive, of navigating a world so strange that it’s almost a dream, of trying, again and again, to anchor yourself to a moment, to assure yourself that you exist, to withstand anything and somehow keep living." —Kevin Wilson, author of Nothing to See Here

Allison Brody is thirty-two and newly arrived on the East Coast after just managing to flee her movie producer boyfriend. She has some money, saved up from years of writing and waitressing, and so she spends it, buying a small house on the beach. But then a Category 3 hurricane makes landfall and scatters her home up and down the shore, leaving Allison adrift.

Should she go home from the bar with the strange cameraman and stay in his guest room? Is that a glass vase he smashed on her skull? Can she wipe the blood from her eyes, get in her car, and drive to her mother’s? Does she really love the brain surgeon who saved her, or is she just using him for his swimming pool? And is it possible to ever truly heal without seeking some measure of revenge?

A gripping, provocative novel that walks a knife’s edge between comedy and horror, Hurricane Girl is the work of a singular talent, a novelist unafraid to explore the intersection of love, sex, violence, and freedom—while celebrating the true joy that can be found in a great swim and a good turkey sandwich.
Read More
“The novel surprises us by blending visceral horror with laugh-out-loud humor. This unnerving stylistic collision is sustained throughout, as the concussed and bleeding protagonist manages to drive herself to her mother’s house in New Jersey, trying to feel grateful despite the hole in her head. 'She still had her health,' she thinks. 'That was what people liked to say…' Dermansky plays masterfully with perspective… The results are hilarious. Dermansky’s offbeat humor and spare prose make Allison’s mind a thrilling and wholly unusual place to be…. A wickedly entertaining read from first to last.”
—Aamina Ahmad, New York Times Book Review

"Dermansky uses economical prose to tell of 30-something Allison Brody, whose East Coast escape from an L.A. producer boyfriend goes pear-shaped when a storm destroys her new North Carolina home. Recovering from an operation to repair a hole in her head, Allison might also be in love with her surgeon. Allison is not OK, but Allison’s story is wickedly funny and wonderfully compact — paradoxically both satisfying and leaving you wanting more."
—Bethanne Patrick, Los Angeles Times

"Dermansky is a master of that slippery thing we might call voice....Dermansky creates an experience in fiction that is powerfully and unnervingly realistic...[and] achieves what it really feels like to be a person rather than its literary simulation...Universally delightful...Allison’s story is a powerful comedic indictment and investigation of the darkness of American millennial life, where literally nothing we were told to want is stable, not even a house, let alone a home."
—Emma Copley Eisenberg, The Boston Globe

"After Allison Brody leaves her film producer boyfriend and buys a beach house, her life finally feels settled. Until a Category 3 hurricane destroys it, that is. When she meets a cameraman in a bar, going home with him doesn't seem like the worst idea in the world. That is, until he breaks a glass vase over her head. After she has brain surgery to fix the hole he leaves, she falls in love with her brain surgeon who's also an old friend and...let's just say there's a lot going on here, and even more to love. This is a comedic horror mishmash that's as quirky as it is a ton of fun, plus it centers around swimming pools. Does it get much more beach-ready than that?"
—Good Housekeeping

"With nimble prose, touches of dark humor, and flirtations with the surreal, Marcy Dermansky reaches deep into the wells of millennial discontent to reveal how confronting the past might provide an indecisive 30-something with her clearest path forward."
—Omari Weekes, Vulture

"Marcy Dermansky’s books are written in sparse but punchy prose, each sentence guaranteed to make you think."
—Elena Nicolaou, The TODAY Show

"Dermansky weaves a tale that is absurdly funny and cheering."
—Newsday

"In a fast-paced, matter-of-fact style, Marcy Dermansky brings the reader along as Allison is continuously swept up in the storm of her post-disaster life, and she barely has the energy to pick up the pieces. Believe it or not, though, this book isn’t all darkness and despair...Dermansky lines darkness with humor and absurdity, making this book a propulsive read."
—Samantha Zabell, Apartment Therapy

"Readers hungry for a novel that's equal parts sweet and sour will find plenty of sugar and vinegar in Hurricane Girl by Marcy Dermansky....Readers will enjoy Dermansky's humorous one-liners and deceptively light touch. And they will sympathize with Allison, a woman tired of the way men treat her and who fights her inclination to go through life like a swimmer in the ocean: floating aimlessly, drifting wherever the waves take her."
—Michael Magras, Shelf Awareness

"A propulsive story about a woman who runs from catastrophe and goes home in search of love, a swimming pool and comfort."
—New Jersey Monthly

"With a splash of dark humor, a bout of violence, and a fair share of interesting sexcapades, Marcy Dermansky’s Hurricane Girl is the perfect recipe for a chaotic summertime read."
—Emily Weaver, Scary Mommy

“The titular hurricane girl is on the run… and she’s really not sure what to do next, okay? But she’ll figure it out, gloriously and completely, in this ode to escape and reinvention.”
—Molly Odintz, CrimeReads Senior Editor

“Just a little comedy about the loss of all worldly possessions, near-deadly assault, brain surgery, and violent revenge… Small comic gems sparkle in their deadpan settings on every page… The only bad thing about this book is that you will likely finish it in one sitting.”
–Kirkus Reviews, Starred

"Marcy Dermansky is one of the most wildly original writers that I've ever read, and Hurricane Girl showcases what makes her so amazing. In tracking the unpredictable movements of a strange and hypnotic journey in the aftermath of a natural disaster, Dermansky nails the sensation of being alive, of navigating a world so strange that it’s almost a dream, of trying, again and again, to anchor yourself to a moment, to assure yourself that you exist, to withstand anything and somehow keep living."
—Kevin Wilson, author of Nothing to See Here

“Eminently relatable in a world filled with pitfalls for women who try to figure
out what they want for themselves.”
—Booklist
Read More 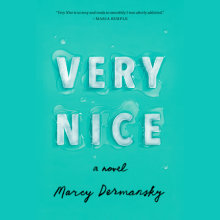