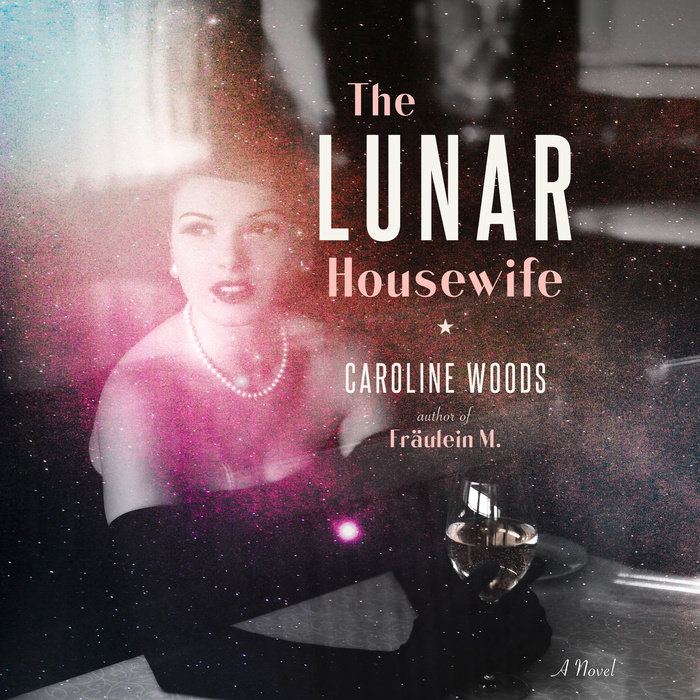 New York City, 1953: Louise Leithauser's star is on the rise. She's filed some of the best pieces at her boyfriend Joe's brand new literary magazine, Downtown (albeit under a male pseudonym), her relationship still makes her weak at the knees, and the science fiction romance she's writing on the side, "The Lunar Housewife," is going swimmingly. But when she overhears Joe and his business partner fighting about listening devices and death threats, Louise can't help but investigate, and she quickly finds herself wading into dangerous waters.

As Louise pieces together rumors, hunches, and clues, the picture begins to come together--Downtown's strings are being pulled by someone powerful, and that someone doesn't want artists or writers criticizing Uncle Sam. Meanwhile, opportunities are falling in Louise's lap that she'd have to be crazy to refuse, including an interview with America's most famous living author, Ernest Hemingway. Can Louise stand by and let doors keep opening for her, while the establishment sells out and censors her fellow writers? As her suspicions and paranoia mount, Louise's own novel "The Lunar Housewife" changes shape, colored by her newfound knowledge. And when Louise is forced to consider her future sooner than she planned, she needs to decide whether she can trust Joe for the rest of her life.

Peppered with cameos from real life luminaries such as Truman Capote and James Baldwin, and full of period detail and nail-biting tension, Caroline Woods channels 1950s New York glamour as Louise's investigation brings her face to face with shocking secrets, brutal sexism, and life or death consequences. Deeply researched and propulsive, The Lunar Housewife is a historical thriller rich with meaning for modern readers.
Read More
"The Lunar Housewife is written with tremendous skill and an ingenious form. Caroline Woods is an imaginative artist, and this is serious fiction that resonates with a keen intelligence."
--Ha Jin, National Book Award and PEN/Faulkner award winning author of Waiting

"The Lunar Housewife is wonderfully entertaining and slyly subversive. Caroline Woods pens a story that will linger in the memory!"
--Kate Quinn, New York Times bestselling author of The Alice Network

“Caroline Woods’ The Lunar Housewife is a smart, stylish page-turner that is at once a Cold War spy thriller, historical fiction, a sci-fi book-within-a-book, and a thumping good read. Woods keeps the tension almost unbearably high making it impossible to put down.”
--Lara Prescott, New York Times bestselling author of The Secrets We Kept

“This cleverly inventive yet authentic–feeling early Cold War thriller from Woods (Fräulein M.) takes on the New York publishing world from a woman’s perspective, while containing a novella-length American-Soviet space romance written by the protagonist with parallels to her own life. . . The suspense builds as Woods shifts between the main narrative and the space romance, which provides a window into Louise’s frustrated mindset about gender dynamics, politics, and power. This is a delightfully different variety of spy story.”
--Publishers Weekly (starred review)

“Woods' historical thriller tells two related stories, one about the CIA's audacious plan to use American literature as propaganda against the Soviets, the other about one woman's attempt to escape the cloister in which men are determined to confine her . . . The tantalizing slice of literary history, combined with the revealing look at good-old-boy sexism in postwar publishing, will draw readers across multiple genres.”
--Booklist (starred review)

"From page one you know you’re in the hands of an immensely talented novelist. Caroline Woods takes on the 1950s Cold War era by spinning a historical thriller filled with censorship, espionage and danger that leaves both the narrator and reader wondering who and what they can trust. A sheer delight from start to finish.”
--Renee Rosen, bestselling author of The Social Graces

“A young woman navigates the treacherous terrain of Manhattan’s early 1950s literary scene . . . The truth, as Woods suggests . . . is more complicated: The U.S. establishment is not just blacklisting artists, but, through violence and/or bribery, censoring any cultural reference that does not glorify American capitalism. A sinister message that may not be all that far-fetched.”
--Kirkus

"Both the suspense and the tongue-in-cheek, Hitchcockian tone propel events forward. The fact that the plot is inspired by 'the true story of the CIA’s use of American arts and letters as propaganda during the Cold War,' as Woods explains in her author’s note, makes the book even more fascinating."
--Historical Novel Society

"A wild, rollicking ride that shows us the 1950s were anything but simpler times. Woods deftly rockets the reader through the Cold War, spy networks, living on the moon, and even into the life of Ernest Hemingway. Louise is the perfect feminist heroine, punching through the lies and misogyny to find her own truth in the world. Truly the most fun I've had reading a book in a long time."
--Crystal King, author of Feast of Sorrow and The Chef's Secret

"The Lunar Housewife is a smart and stylish Cold War page-turner about a young woman who uncovers suspicious forces at work in the male-dominated literary world of 1950s New York City. I loved this book and didn’t want it to end!"
--Elise Hooper, author of Angels of the Pacific

"Atmospheric writing pulled me in from the very first pages and an engaging novel-within a-novel kept me enthralled until the final words. A brilliant and wholly entertaining execution."
--Jenni L. Walsh, author of Becoming Bonnie and A Betting Woman

"Caroline Woods gives us two-for-one in this artful mystery: a young writer negotiating the New York City publishing world in the 1950s, and the sci-fi novel she is writing based on her experience of sexism and intrigue, secrets and deceit. "
--Daphne Kalotay, author of Russian Winter and Sight Reading
Read More