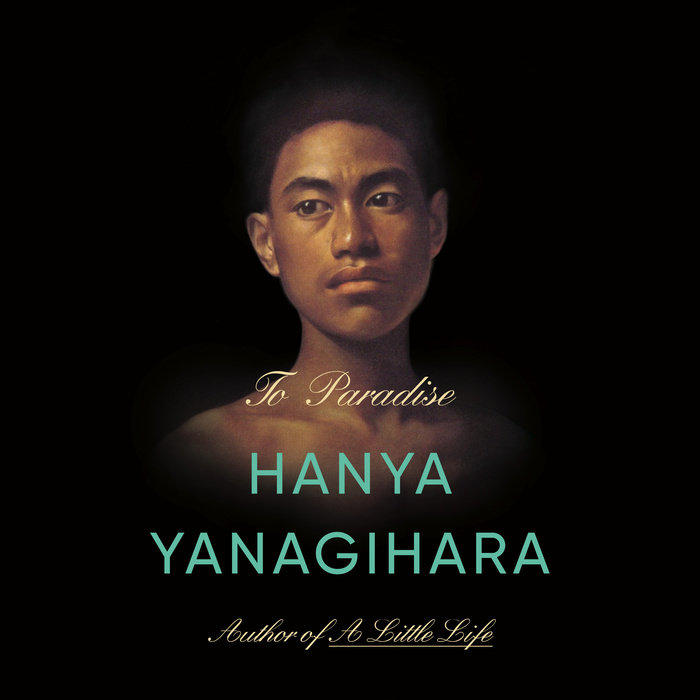 In an alternate version of 1893 America, New York is part of the Free States, where people may live and love whomever they please (or so it seems). The fragile young scion of a distinguished family resists betrothal to a worthy suitor, drawn to a charming music teacher of no means. In a 1993 Manhattan besieged by the AIDS epidemic, a young Hawaiian man lives with his much older, wealthier partner, hiding his troubled childhood and the fate of his father. And in 2093, in a world riven by plagues and governed by totalitarian rule, a powerful scientist’s damaged granddaughter tries to navigate life without him—and solve the mystery of her husband’s disappearances.

These three sections are joined in an enthralling and ingenious symphony, as recurring notes and themes deepen and enrich one another: A townhouse in Washington Square Park in Greenwich Village; illness, and treatments that come at a terrible cost; wealth and squalor; the weak and the strong; race; the definition of family, and of nationhood; the dangerous righteousness of the powerful, and of revolutionaries; the longing to find a place in an earthly paradise, and the gradual realization that it can’t exist. What unites not just the characters, but these Americas, are their reckonings with the qualities that make us human: Fear. Love. Shame. Need. Loneliness.

To Paradise is a fin de siecle novel of marvelous literary effect, but above all it is a work of emotional genius.  The great power of this remarkable novel is driven by Yanagihara’s understanding of the aching desire to protect those we love—partners, lovers, children, friends, family and even our fellow citizens—and the pain that ensues when we cannot.
Read More
#1 NEW YORK TIMES BEST SELLER

“Remarkable…The emotional impact of this novel is less visceral than A LITTLE LIFE but only because the author’s scope is so vast and her dexterity so dazzling….TO PARADISE demonstrates the inexhaustible ingenuity of an author who keeps shattering expectations….she explores the dream of freedom that lures all these characters to risk everything for a paradise they desire but can barely envision.  No matter the setting – past present or future – TO PARADISE stems from the hypnotic confluence of Yanagihara’s skills.  She speaks softly, with the urgency of a whisper.  She draws us into the most intimate sympathy with these characters while placing them in crises that feel irresistibly compelling.”
- Ron Charles, The Washington Post

“Sometimes literature takes time to digest momentous events... Occasionally, though, a masterpiece emerges from the white heat of the moment: The Great Gatsby, The Decameron, The Waste Land. There's something miraculous about reading To Paradise while the coronavirus crisis is still playing out around us, the dizzying sense that you're immersed in a novel that will come to represent the age, its obsessions and anxieties. It's rare that you get the opportunity to review a masterpiece, but To Paradise, definitively, is one.”
- The Observer (London)

“We are given a patriarch, wealth, children; there is an arranged marriage, an inheritance, a true love, a class divide and a significant twist. Deftly paced and judiciously detailed, the tale makes hay with the conventions of the 19th-century novel. But that’s not all. With breathtaking audacity Yanagihara rewrites America….Yanagihara masterfully repurposes themes, situations and motifs…This ambitious novel tackles major American questions and answers them in an original, engrossing way. It has a major feel. But it is finally in [its] minor moments that Yanagihara shows greatness.”
- Gish Jen, The New York Times Book Review (cover review)

"To Paradise" is a novel of the highest order. Yanagihara writes with elegance, evoking emotion and rendering believable characters who move the plot. Her perceptive eye is evident in the three separate settings, placing the reader in each time frame through multiple narratives, which she orchestrates with great acuity. Themes of love and belonging reign in Book I and Book II. In Book III, fear trumps love for a mimesis of reality, hitting close to home for all of us right now."
- Wayne Catan, USA Today

“Hanya Yanagihara’s critically-acclaimed “A Little Life” was an intimate, close-up portrait of four men and their love, shame, and existential loneliness. Her new book, “To Paradise,” is a sprawling, yet similarly intimate epic that is also focused on love, shame, and existential loneliness. Other than these shared themes (and heft), the two books have little in common besides Yanagihara’s masterful, transfixing writing, and her ability to plumb the depths of her characters at their most despicable and at their most tender. On the surface, what ties the three books together are the repetition of character names (David, Charles, Edward, etc.) and the house on Washington Square Park that appears in each book in one iteration or another. But there are deeper, more ineffable ties, in the form of moral and political questions: What does it mean to be free? What does it mean to be protected? Does the latter preclude the possibility of the former? Are gilded cages any less restrictive for being gilded? “To Paradise” doesn’t definitively answer these questions, but revels in ambivalence rather than moral absolutes, making it a rich, emotional, and thought-provoking read.”
- Boston Globe

"Tour de force…Yanagihara changes the novel landscape: What is different, we accept; what is familiar, we recognize. To Paradise resonates because of its exploration of human relationships and the dismantling of preconceived notions. Biases and hatreds lurk and linger, emerging periodically to remind us that while one form of discrimination may have been eliminated, others remain embedded in our institutions, and cannot easily be eradicated; in the end, threads of prejudice bind all three parts. And yet To Paradise is rich with characters that live and love, with few boundaries. Yanagihara asks us to consider an alternative America that could have existed at any point in history if other decisions had been made, and that might still prevail if we do the right thing."
- Oprah Daily

'The confounding, brilliant, intricate, beautiful, horrific To Paradise is—if this string of adjectives did not sufficiently convey it—an extraordinary book. Divided into three seemingly distinct sections, positioned a hundred years apart, the book is one-part historical fiction (set in 1893), part present-ish-day chronicle (1993), and part futuristic sci-fi story (2093). (That last chapter, which must have been informed by, if not fully drafted within, the pandemic, presents a dystopian future filled with “cooling suits” required to venture outside and “decontamination chambers” to ward off the ever-present possibility of infection.) Those who consumed Yanagihara’s most recent work, A Little Life, will not be surprised that this book, like its predecessor, is interested in pain and suffering more than joy and happiness. But it is also a book full of gloriously painted scenes, tantalizing connection, and despite all its gutting turns, one that maintains an abiding hope for the possibility and power of love. (That may just be the only paradise truly on offer.) In and of themselves, some sections feel in some ways quite conventional, but taken together—with all of their extreme cliffhangers and unanswered questions—the stories seem to be asking: what do we want from a novel? Resolution is not available here, but some of the most poignant feelings that literature can elicit certainly are.'
- Vogue

“To Paradise boldly rewrites America’s past, present and future. Featuring three distinct fin-de-siècle periods — 1893, 1993 and 2093 — the result is a spectacular tripartite fiction. Here is an alternative country in which profound questions of family, inheritance, sovereignty, identity and, above all, the meaning of freedom, are dazzlingly held up to the light….To Paradise is, like [A Little Life], a complex work of intertwined human relationships, but it is also sublimely readable….The finale of To Paradise is a masterstroke, simultaneously thriller-esque and intensely moving.”
– The Financial Times

“TO PARADISE is a transcendent, visionary novel of stunning scope and depth.  A novel so layered, so rich, so relevant, so full of the joys and terrors—the pure mystery—of human life, is not only rare, it’s revolutionary.”
- Michael Cunningham, Pulitzer Prize-winning author of THE HOURS

“Hanya Yanagihara’s TO PARADISE is as good as WAR AND PEACE.”
- Edmund White

“Hanya Yanagihara interrogates love and history in a novel that feels prophetic, but in fact rises from the oldest of human themes: ardor, shame, and our most profound protective instincts.  She builds a future narrated by vulnerable yet sturdy Charlie, a merciful heart burning for all creation. To Paradise is a world of its own, a major work, and one of the rare books equipped to tell us what it means to be an American.”
-Louise Erdrich, Author of Pulitzer Prize winning The Night Watchman and NYT Bestseller The Sentence 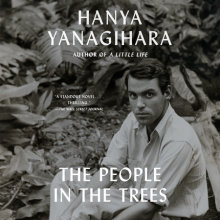