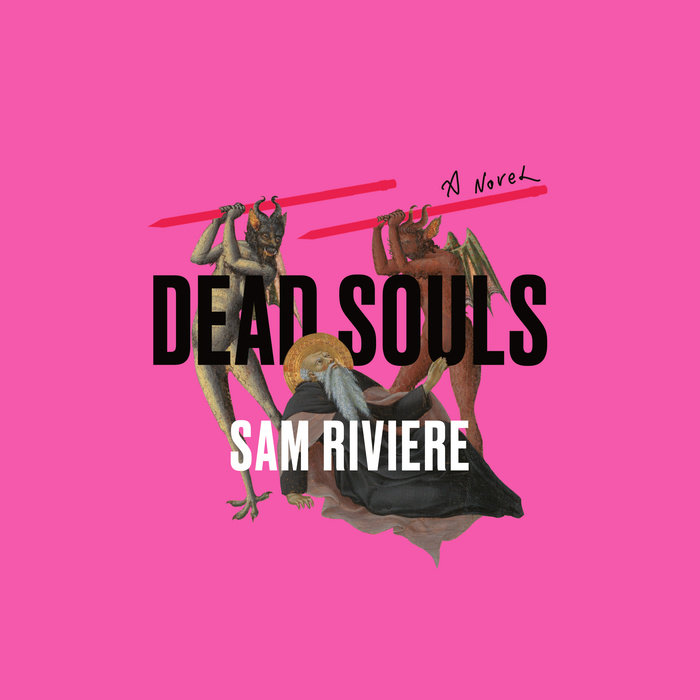 A scandal has shaken the literary world. As the unnamed narrator of Dead Souls discovers at a cultural festival in central London, the offender is Solomon Wiese, a poet accused of plagiarism. Later that same evening, at a bar near Waterloo Bridge, our narrator encounters the poet in person, and listens to the story of Wiese’s rise and fall, a story that takes the entire night—and the remainder of the novel—to tell.

Wiese reveals his unconventional views on poetry, childhood encounters with “nothingness,” a conspiracy involving the manipulation of documents in the public domain, an identity crisis, a retreat to the country, a meeting with an ex-serviceman with an unexpected offer, the death of an old poet, a love affair with a woman carrying a signpost, an entanglement with a secretive poetry cult, and plans for a triumphant return to the capital, through the theft of poems, illegal war profits, and faked social media accounts—plans in which our narrator discovers he is obscurely implicated.

Dead Souls is a metaphysical mystery brilliantly encased in a picaresque romp, a novel that asks a vital question for anyone who makes or engages with art: Is everyone a plagiarist?
Read More