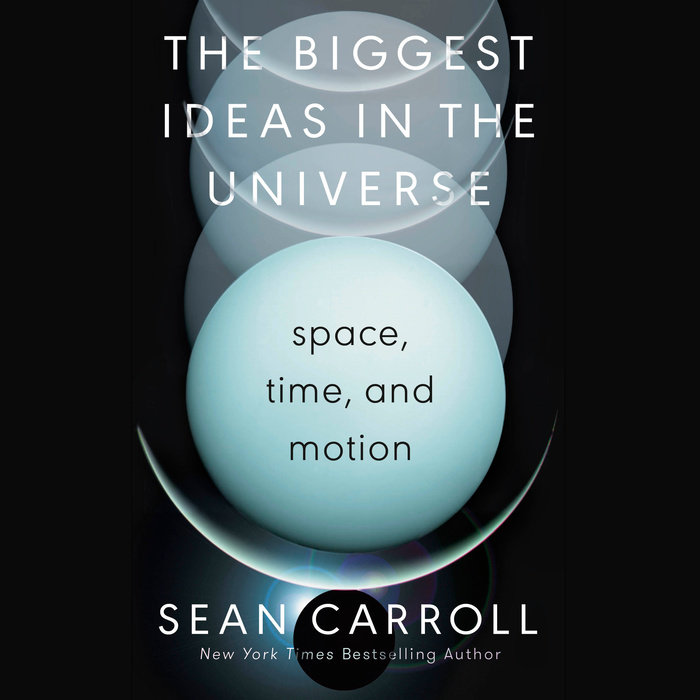 The most trusted explainer of the most mind-boggling concepts pulls back the veil of mystery that has too long cloaked the most valuable building blocks of modern science. Sean Carroll, with his genius for making complex notions entertaining, presents in his uniquely lucid voice the fundamental ideas informing the modern physics of reality.

Physics offers deep insights into the workings of the universe but those insights come in the form of equations that often look like gobbledygook. Sean Carroll shows that they are really like meaningful poems that can help us fly over sierras to discover a miraculous multidimensional landscape alive with radiant giants, warped space-time, and bewilderingly powerful forces. High school calculus is itself a centuries-old marvel as worthy of our gaze as the Mona Lisa. And it may come as a surprise the extent to which all our most cutting-edge ideas about black holes are built on the math calculus enables.

No one else could so smoothly guide readers toward grasping the very equation Einstein used to describe his theory of general relativity. In the tradition of the legendary Richard Feynman lectures presented sixty years ago, this book is an inspiring, dazzling introduction to a way of seeing that will resonate across cultural and generational boundaries for many years to come.

* This audiobook edition includes a downloadable PDF with equations and visual elements from the book.
Read More
“What is most appealing in this ambitious book is its combination of technical accuracy and lightness of tone…reader-friendly…the scientific and mathematical aspects of the book are impeccable.”
—The Wall Street Journal

“Carroll takes readers on a remarkable journey through some of the most important ideas in the field and lays out how those ideas become manifest in mathematical form. It’s a bold move, and through it Carroll is able to take his readers on a much deeper exploration of foundational notions like force, motion, and momentum than other books manage.... If you are interested in physics, you should read this book. It can open a window through which your view of the Universe will be richer, subtler, and way more awesome.”
—Big Think

“If you are trying to find a short treatment of the key ideas of physics that is genuinely accessible to pretty much anyone with a high school math background... Sean’s two big strengths are an easy, informal manner of exposition and a gift for focusing on the physics and not letting the reader get lost in the weeds. The Biggest Ideas in the Universe exemplifies Einstein’s quote that everything should be made as simple as possible, but no simpler.”
—3 Quarks Daily

“Reading The Biggest Ideas in the Universe is like taking an introductory physics class with a star professor—but with all of the heady lectures and none of the tedious problem sets…For those without the [STEM] background, [the result] might feel like a porthole into another world.”
—Scientific American

“Sean Carroll shows… that the essence of physics, including its fundamental equations, can be made accessible to anyone equipped with no more than high school math. Carroll is an accomplished science writer, a talent with few peers… The Biggest Ideas in the Universe brings science dissemination to a new level. In doing so, the biggest and most consequential idea in Carroll’s trilogy might well be that substantive discussions about science can ultimately be had by everyone.”
—Science

“Neat, and extremely simple: only a deep thinker such as Sean Carroll could introduce the complexity of Einstein’s general relativity in such a luminous and straightforward manner.”
—Carlo Rovelli, author of There Are Places in the World Where Rules Are Less Important Than Kindness and Seven Brief Lessons on Physics

“Sean Carroll is a wizard of empathy. In this short book, the first of three on The Biggest Ideas in the Universe, he anticipates what’s always confused you about physics and then gently guides you to enlightenment… and ultimately, to newfound wonder.”
—Steven Strogatz, professor of applied mathematics, Cornell University, author of The Joy of X and Infinite Powers

“As a ten-year-old physics enthusiast, I would have loved The Biggest Ideas in the Universe. With this book, Sean Carroll rejects traditional elitism in physics and welcomes in anyone who knows only a little algebra but wants to understand the whole universe. Carroll, who has long been one of my role models for exposition about the cosmos, dreams of a world where physics is hot gossip. With this book, he takes an important step toward making this idea a reality by giving people the tools they need so they too can understand the biggest ideas—and questions—in the universe. I can’t wait to hear that people are arguing about beyond standard model physics at the Thanksgiving dinner table!”
—Chanda Prescod-Weinstein, author of The Disordered Cosmos: A Journey into Dark Matter, Spacetime, and Dreams Deferred

“Sean Carroll's greatest gift isn't that he's an expert on the fundamentals of physics, which he is, but that he never speaks down to his reader. He assumes that anyone, even the uninitiated, can learn to understand the formulae that underlie complicated concepts like space and time. It is a pleasure to read his work, a greater pleasure still to get a world-class education from such a witty, thoughtful teacher.”
—Annalee Newitz, author of The Future of Another Timeline and Four Lost Cities

“Do popular books about physics leave you feeling that you’re just getting stories and not real science? If so, this is the book for you. In a clear and non-scary way, it explains the mathematical theories behind what physicists really think. Carroll’s trilogy will plug a big gap in how physics is communicated to non-specialists—and to judge from this first volume, will do so brilliantly.”
—Philip Ball, author of  Beyond Weird: Why Everything You Thought You Knew about Quantum Physics Is Different

“Sean Carroll has achieved something I thought impossible: a bridge between popular science and the mathematical universe of working physicists. Magnificent!”
—Brian Clegg, author of Ten Days in Physics that Shook the World

“Sean Carroll has produced a guide to relativity theory for the 21st century, plugging the gap between popularisations that emphasise the oddities without giving the facts, and textbooks that train students to manipulate equations without providing insight into what it all means. He will open your eyes to the way physicists view the universe, making fundamental ideas accessible without the need for a degree in science, but bravely ignoring the old adage that adding equations will scare readers off. Don’t be scared; this is the best lay-person’s guide to the subject, written in an accessible, entertaining style and impeccably accurate. And the author promises to tackle quantum theory next! I can’t wait.”
—John Gribbin, senior honorary research fellow in astronomy, University of Sussex

“One-of-a-kind…Carroll flips the script and illuminates the form and beauty underlying a discipline that helps us understand all that exists.”
—Booklist

On the Podcast: Sean Carroll and Maggie HabermanAudiobook Horoscopes for the Autumnal Equinox 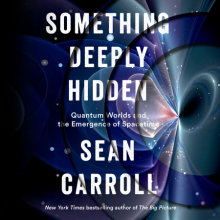