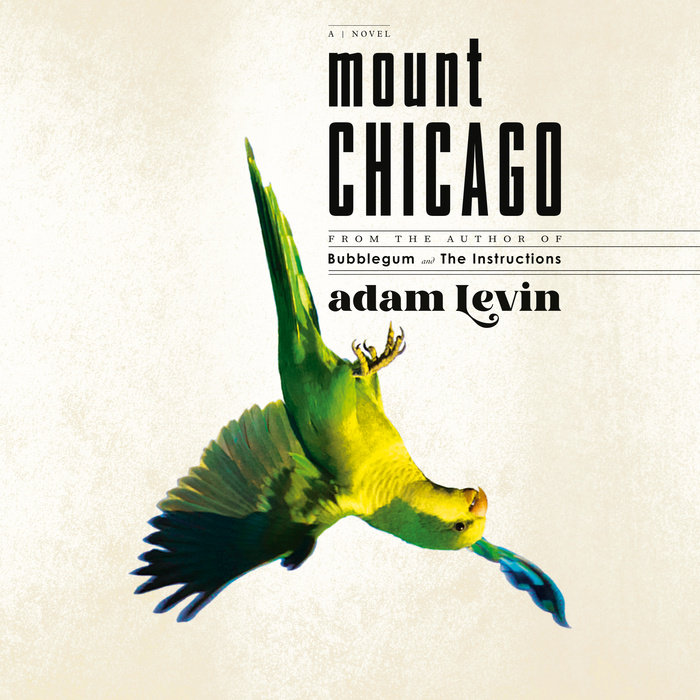 Written by: Adam Levin
Read by: Dennis Boutsikaris
20 Hours and 17 Minutes Imprint: Random House Audio Genre: Fiction - Jewish Release Date: August 09, 2022
From the award-winning author of Bubblegum and The Instructions, a daring new novel about the absurdity, the humor, and the tragedy of survivorship.

"Adam Levin is one of our wildest writers and our funniest." –George Saunders, bestselling, award-winning author of Lincoln in the Bardo

A one-in-ten-billion natural disaster devastates Chicago. A Jewish comedian, his most devoted fan, and the city’s mayor must struggle to move forward while the world—quite literally—caves beneath their feet.  With this polyphonic tale of Chicago-style politics and political correctness, stand-up comedy and Jewish identity, celebrity, drugs, and animal psychology, Levin has constructed a monument to laughter, love, art, and resilience in an age of spectacular loss.

*Includes a downloadable PDF of images from the book
Read More
"Adam Levin is one of our wildest writers and our funniest." –George Saunders, author of the #1 New York Times bestselling author and Man Booker Prize winner for Lincoln in the Bardo

“Mount Chicago is a bawdy, mournful, deeply funny, metafictionally ingenious, psychotic, ridiculous and majestic shaggy dog joy. When Levin leads the way, every rabbit hole is a glory hole for the mind, and a secret tunnel to provisional bliss and permanent wisdom. Also recommended for parrot lovers.” –Sam Lipsyte, author of The Ask

"Flaubert's parrot, Loulou, has found a true literary heir in Gogol, the parrot at the emotional heart of Adam Levin's brilliant, funny, emotionally complex examination of what happens to us when we suddenly realize life is upheaval and no one is safe." –Jill Ciment, author of The Body in Question

“I come away from Adam Levin’s books with a greater appreciation for literature, the infinite power of storytelling. Yes: he is Chicago’s best novelist. With Mount Chicago, however, Levin has entered a higher realm. This book contains the tingling mystery of genius. I put it down and saw the world differently for three days. I was lighter on my feet, funnier, filled with love. This book will change you for the better. We will read Adam Levin for centuries. We will always start with Mount Chicago.” –Gabriel Bump, author of Everywhere You Don't Belong

"Follow Adam Levin into a hole in Chicago, ignore the signs that either he's crazy or you are, and you'll emerge somewhere gloriously strange and brilliantly funny. Like the lunatic, the genius, the acid-head, and the mystic, Levin pursues the grooves of his brain to their remotest reaches, where they begin to form a map of the world." –Adam Ehrlich Sachs, author of The Organs of Sense

“With Mount Chicago, Adam Levin has gifted us that rarest of modern joys, the genuinely raucous literary object. What starts as tragedy opens into a catalog of human comedy that is brilliant, furious, and thrilling. Speaking plainly, it's the funniest American novel in years, and I swallowed it more or less whole.” –Kyle Beachy, author of The Most Fun Thing

"Shockingly honest and grimly funny, Mount Chicago is a riveting story of municipal and personal apocalypse: a searing exploration of bad breakups, behaviorism and analysis, chocoholism and depression, neurotic pets, twisted liaisons, the art of writing, loss and true love, pop culture, and marriage. Comparisons may be made to Roth, Pynchon and Delillo, but Adam Levin's work is inimitable, ineluctable and unique." –Rebecca Curtis, author of Twenty Grand

"A vast new Chicago novel with the satire and raunchy pulse reminiscent of old-school Roth or Bellow." –Chicago Tribune

"An epic discussion of the meaning of survival." –Kirkus Reviews *starred review*

“[A] bravura dramatization of grief and the paradoxes of storytelling. . .incandescent passages of philosophical inquiry, arresting insight, pathos, and hilarity.” –Booklist

“The author achieves a sustained, operatic balance of comedy, grief and despair. . .a genuinely breathtaking achievement [that] brought tears to my eyes.” –The New York Times

“[Mount Chicago] blends philosophical speculation with literary fillip to thrilling effect. . . It’s a refreshingly different take on metafiction that considers the relationship between humour and existential despair, amongst other philosophical issues.” –The Quietus

“Mount Chicago captures an important element of the city that rarely has been shown in fiction. And when it comes to taking a big swing on the absurdities of our modern life, no one does it better than Adam Levin.” –Chicago Review of Books
Read More 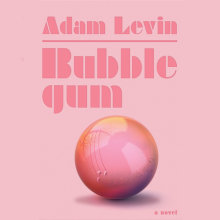