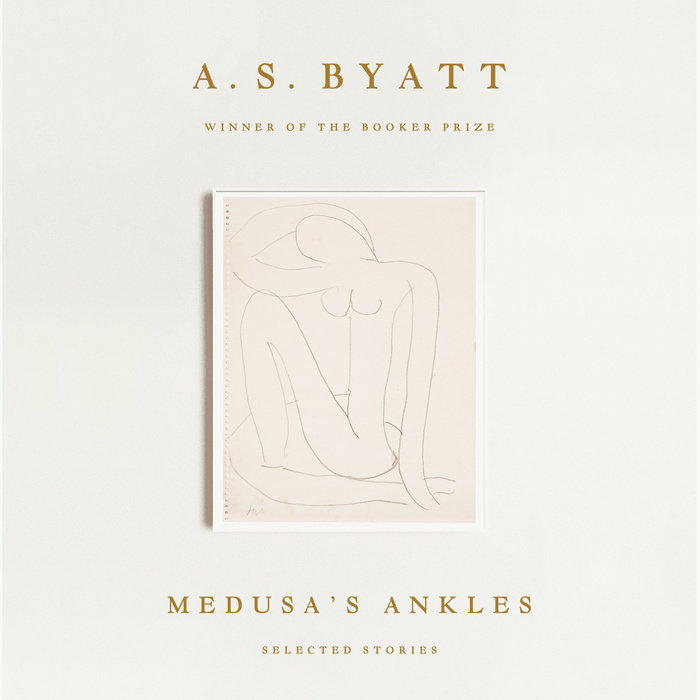 Written by: A. S. Byatt
Read by: Esther Wane & Matthew Lloyd Davies
Introduction by: David Mitchell
17 Hours and 54 Minutes Imprint: Random House Audio Genre: Fiction - Short Stories (single author) Release Date: November 23, 2021
A ravishing, luminous selection of short stories from the prize-winning imagination of A. S. Byatt, "a storyteller who could keep a sultan on the edge of his throne for a thousand and one nights" (The New York Times Book Review). With an introduction by David Mitchell, best-selling author of Cloud Atlas

Mirrors shatter at the hairdresser's when a middle-aged client explodes in rage. Snow dusts the warm body of a princess, honing it into something sharp and frosted. Summer sunshine flickers on the face of a smiling child who may or may not be real.

Medusa's Ankles celebrates the very best of A. S. Byatt's short fiction, carefully selected from a lifetime of writing. Peopled by artists, poets, and fabulous creatures, the stories blaze with creativity and color. From ancient myth to a British candy factory, from a Chinese restaurant to a Mediterranean swimming pool, from a Turkish bazaar to a fairy-tale palace, Byatt transports her readers beyond the veneer of the ordinary—even beyond the gloss of the fantastical—to places rich and strange and wholly unforgettable.

Cover image: © 2021 Succession H. Matisse / Artists Rights Society (ARS), New York
Read More
“Amongst the many prizes that A. S. Byatt has won in a stellar career spanning nearly six decades, a late accolade, the Hans Christian Andersen Literature Prize, cites her ‘belief in the truth value of fairy tales, fables, and poetry.’ It’s an award that perceptively understands much of the foundation and inspirations for Byatt’s work; for running like an underground river, or a life-giving stream, in her oeuvre is a cogent, intricate, enriching conversation going on with some of the oldest genres known to human civilization. Her mythopoeic powers are formidable, entrancing.”
—Neel Mukherjee, Electric Literature

“Medusa’s Ankles collects mesmeric, tantalizing short stories from over the course of Man Booker Prize­-winning author A. S. Byatt’s career . . . A peek into an acclaimed author’s range as well as her poetic depths . . . As in her novels, Byatt’s shorter works display her fluent, luminous prose. Even in her most realistic stories, dark and glittering descriptions bewitch readers into an otherworldly experience.”
—Shelf Awareness

“A scintillating look at three decades of the author’s work. Her stories transcend genre and stylistic limits, traversing through landscapes fantastical and real, as they bewitch, unnerve, and comfort the reader . . . Each story showcases Byatt’s exquisite prose and her wide-ranging mastery of the short story form. For the uninitiated, this makes for a perfect entry point.”
—Publishers Weekly 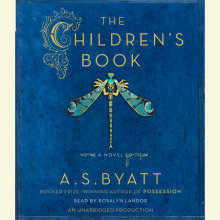