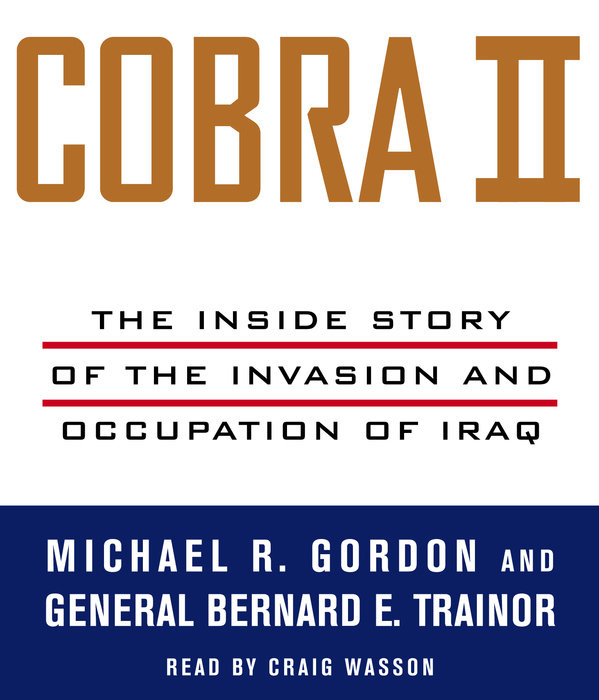 Written by: Michael R. Gordon & Bernard E. Trainor
Read by: Craig Wasson
9 Hours and 39 Minutes Imprint: Random House Audio Genre: History - Wars & Conflicts - Iraq War (2003-2011) Release Date: March 14, 2006
Informed by unparalleled access to still–secret documents, interviews with top field commanders, and a review of the military’s own internal after–action reports, Cobra II is the definitive chronicle of America’s invasion and occupation of Iraq—a conflict that could not be lost but one that the United States failed to win decisively. From the Pentagon to the White House to the American command centers in the field, the book reveals the inside story of how the war was actually planned and fought. Drawing on classified United States government intelligence, it also provides a unique account of how Saddam Hussein and his high command developed and prosecuted their war strategy.

Written by Michael R. Gordon, the chief military correspondent for The New York Times, who spent the war with the Allied land command, and Bernard E. Trainor, a retired Marine Corps lieutenant general and former director of the National Security Program at Harvard University’s John F. Kennedy School of Government, Cobra II traces the interactions among the generals, Defense Secretary Donald Rumsfeld, and President George W. Bush. It dramatically reconstructs the principal battles from interviews with those who fought them, providing reliable accounts of the clashes waged by conventional and Special Operations forces. It documents with precision the failures of American intelligence and the mistakes in administering postwar Iraq.

Unimpeachably sourced, Cobra II describes how the American rush to Baghdad provided the opportunity for the virulent insurgency that followed. The brutal aftermath in Iraq was not inevitable and was a surprise to the generals on both sides; Cobra II provides the first authoritative account as to why. It is a book of enduring importance and incisive analysis—a comprehensive account of the most reported yet least understood war in American history.
Read More
Praise for the Authors’ Previous Book
The Generals’ War: The Inside Story of the Conflict in the Gulf

“Focuses on high-level decision making and offers the most comprehensive and probing examination thus far of the Gulf War’s strategy and operations. It is likely to remain for some time the best single volume on the Gulf War.”
—Eliot A. Cohen, Foreign Affairs

“A truly remarkable piece of research and reconstruction . . . extraordinary: a richly detailed human drama, impeccably documented, sure in judgment, and not likely to be matched, still less surpassed, for a long time.”
—John Barry, national security correspondent, Newsweek

“Provides a behind-the-scenes look at the highest levels of military decision making that determined the outcome of the first Gulf War.”
—U. S. Army Chief of Staff’s Professional Reading List

“A superb account and analysis of what went right and what went wrong in the Gulf War. All of the inside stories of the people and the policies, the triumphs and the blunders, are here.”
—Jim Lehrer, The NewsHour with Jim Lehrer

“A fascinating account of the war. I recommend it to my friends as something that gives them a different element of some of the key decisions that were made.”
—Dick Cheney, former Secretary of Defense
Read More 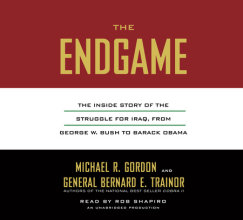