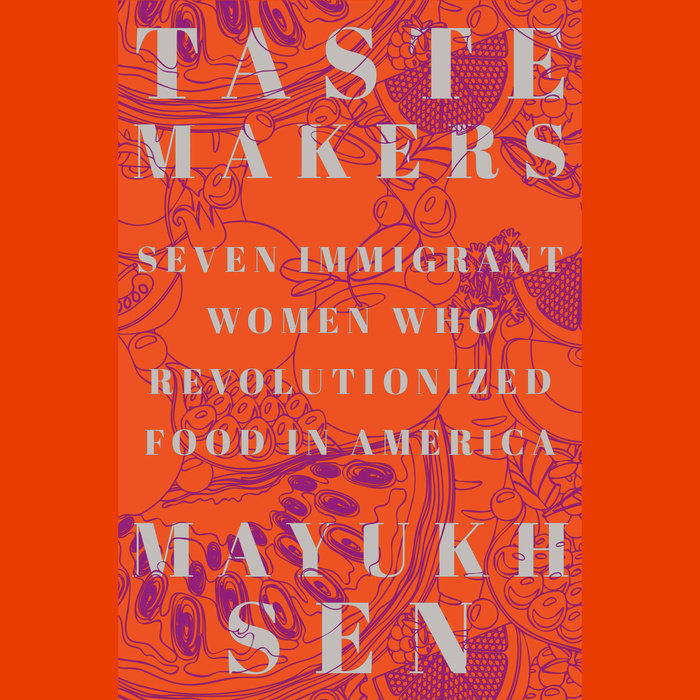 In imaginative, lively prose, Mayukh Sen—a queer, brown child of immigrants—reconstructs the lives of these women in vivid and empathetic detail, daring to ask why some were famous in their own time, but not in ours, and why others shine brightly even today. Weaving together histories of food, immigration, and gender, Taste Makers will challenge the way readers look at what’s on their plate—and the women whose labor, overlooked for so long, makes those meals possible.

Read More
Taste Makers introduced me to the life stories of extraordinary women and offered me an invigorating history of cooking—as life's purpose, as pleasure, as political act—in America. Mayukh Sen writes with great heart and a spirit of vibrant inquiry to give us a magnificent book. —Megha Majumdar, author of A Burning

Reading Taste Makers is a lot like enjoying an amazing meal: It surprises you, fills you, and you're sorry when it's over. Mayukh Sen has crafted something truly special, a book where women's stories take center stage. —Jessica Valenti, author of Sex Object: A Memoir

Mayukh Sen isn't the first to write about women who made significant cultural contributions while being undervalued during their lifetimes, and even more so in death. But he does it in such a way as to make you think he might be the first. He is acutely aware of the cliches that have come to inhibit the genre, and he both challenges and upends them.—Charlotte Druckman, editor of Women on Food

A gathering of voices that's altogether necessary, radical, heartfelt, and intimate.—Monique Truong, author of The Book of Salt

A fascinating and impeccably researched book. Taste Makers is a joyous celebration of the cooks whose lives have enriched so much of our cooking and eating. —Nigel Slater

A beautiful, engaging, and long-overdue book, one which highlights some of the best-known and most influential cooks of the recent past as well as some whose names are not as familiar but should be. An invaluable book that’s also a pleasure to read.—Mark Bittman, author of Animal, Vegetable, Junk

Taste Makers is beautiful. Mayukh makes the American kitchen feel vast, interconnected and full of wonder – never insular, small-minded or cold – and weaves together these undertold stories with unmatched care and respect. He's a masterful chronicler of American cooks and cooking, and we're lucky to have this book. —Ruby Tandoh, author of Eat Up!

Through meticulous research and broad insight, Mayukh Sen follows seven immigrant women who crashed the gates of the U.S. food establishment in the twentieth century. Taste Makers is essential history for understanding American food’s current reckoning with inclusion and diversity. —John Birdsall, author of The Man Who Ate Too Much

In this dazzling debut, James Beard Award–winning food writer Sen looks at the lives of seven remarkable immigrant women whose passion for their homeland’s food transformed how Americans cook and eat... A vibrant, empathetic, and dynamic exploration of culture, identity, race, and gender... Thoughtfully written, Sen’s portrayals of his subjects reveal how rich and nuanced being 'American' can truly be. Food lovers with a big appetite for knowledge will gobble this up.—Publishers Weekly (starred review)

A must-read for those interested in culinary or women’s history and the evolution of American cookbooks.—Library Journal (starred review)

Through his seven portraits, Sen restores a missing part of American culinary history, drawing on interviews, reviews and menus to create a compelling story about the love of food, the pull of the tastes of one’s homeland, the delicious pleasure of sharing the richness and complexity of your most cherished recipes with strangers at your table.—Nilanajana Roy, Financial Times

Mayukh Sen is an award-winning darling of the food journalism world, and Taste Makers, his first book, is both a necessary addition to the food-writing canon and a lovingly crafted work of women’s history. —Rosa Cartagena, BitchMedia

Taste Makers is a great springboard for discovering cookbooks written by immigrant women who have made significant cultural contributions to American cuisine. —Jessica Sulima, Thrillist

A prizewinning journalist serves up profiles in culinary courage of seven immigrant women who transformed American cuisine, among them Jamaica's Norma Shirley, China's Chao Yang Buwei, and India's Julie Sahni. Sen's book is its own delectable feast and homage to the kitchen queens who reigned supreme.—Hamilton Cain and Joshunda Sanders, O, Quarterly

A queer person of Bengali descent, Sen has been drawn to the stories of those in the food world whom the food and food-media establishment in the U.S. often forgets or erases...[Taste Makers] is more nuanced than any blurb could explain; one of Sen’s gifts is a storytelling ethos and skill that values context and belies simple summary. The stories of the women in this book — China’s Chao Yang Buwei, Mexico’s Elena Zelayeta, France’s Madeleine Kamman, Italy’s Marcella Hazan, India’s Julie Sahni, Iran’s Najmieh Batmanglij, Jamaica’s Norma Shirley, and an interlude about the most famous American woman chef of all time, Julia Child — embody a kind of caring attention rarely found in typical food writing. —Sarah Neilson, Shondaland

Sen is a sensitive and perceptive journalist and a deft historian; his willingness to let his subjects speak for themselves whenever possible gives his book a compelling power.—Hetty McKinnon, New York Times Book Review

'Earth mother' doesn’t exactly describe the strong-willed pioneers of Mayukh Sen’s Taste Makers: Seven Immigrant Women Who Revolutionized Food in America. For them, he writes, cooking was a source of power and establishment of cultural identity. Mr. Sen has picked an esoteric group and writes about them with empathy in short, well-researched biographies. —Moira Hodgson, Wall Street Journal

Mayukh Sen’s Taste Makers is a work that sets the record straight: With seven biographies of immigrant women who influenced how Americans eat today, it’s a cultural deep dive for the history buff in your life — or just someone who loves to read and think about food origins. —Eater

The James Beard award-winning writer’s book debut is a stellar group biography that reconstructs the lives and influence of seven immigrant women – such as Indian cook Julie Sahni and Jamaican chef Norma Shirley, who shaped food (and appetite) in America.—Nathalie Atkinson, The Globe and Mail

After World War II, the U.S. went through a food revolution driven by immigrants from other countries. Mayukh Sen examines the lives and works of seven such immigrant women through archival research, original reporting and well-crafted prose. But this book is more than history or biography. It is also an interrogation of cultural politics and historiography, of who and what gets recorded, remembered, forgotten and celebrated. As a queer, brown writer born to Bengali immigrants, Sen offers insightful critiques into how American media’s biases against immigrants, women and people of color have caused these lapses in our collective consciousness. He invites us to appreciate the important culinary contributions made by these women fully, with joy and pleasure.—Jenny Bhatt, NPR

What Sen does is bring these seven women to life in cinematic fashion, rendering their life stories with a propulsiveness that evolves as the text goes on to reveal not just their experiences but the whole of American culinary history. ...Taste Makers is a work of biography and cultural criticism that should have the food media establishment on edge in its turn away from the paternalistic perspective on the meaning of immigrant labor —Alicia Kennedy, Book of the Month

What these teachers, chefs and writers have in common is an unapologetic impulse to cook food that truly represents who they are and where they come from, without having to temper it to appeal to the American palate. Taste Makers made me wish for a time machine so I could rewind to when I was a young cook and find in any of them, all of them, my role models and mentors. —Roxana Jullapat, Wall Street Journal

Indeed the variety and pervasiveness of food from different countries is often used as a metonym for America’s multiculturalism. But Sen’s approach is different. He avoids quoting family members and acolytes, and therefore hagiography. Instead, he paints a vivid, complex picture of his subjects. ... Sen is an excellent storyteller, and his portraits are immersive.—Olivia Potts, The Spectator

Resurrectional... The magic of Taste Makers is in the lightness of the prose and the dense research it reveals. In less than twenty pages, Sen shows you crucial moments of history in food culture, and leaves you with an understanding of how quickly and thoroughly the past can be forgotten. —Naben Ruthnum, The Globe and Mail

Throughout his profiles of seven women who arrived in the United States and helped shape the country’s still-forming modern food culture, Mayukh Sen develops themes like motifs and variations in a symphony. … Taste Makers is a propulsive read thanks to Sen’s meticulously researched storytelling … Also, he begins the book with a sharp, concise, unsparing introduction, in which he addresses, among many pressing topics, one obvious question: “Why is a man writing this?” His persuasive, transparent answer is worth reading for yourself. —Bill Addison, Los Angeles Times

As someone who has been reading cookbooks for 60 years, I’m acutely aware that there is a vast collection of valuable voices that didn’t just spring up in the last decade. I’m lucky to have that historical context, but many do not. Talented award-winning writer and professor Mayukh Sen’s book remedies this by shining a light on seven immigrant women who were trailblazers of their times.—Evan Kleiman, KCRW

Mayukh Sen's enthralling debut book...blazes with rage at this injustice as it commemorates these creators’ merit and mettle.... Sen has written an urgent and timely book. Passionate, well written, and accessible, its story of the vigor, struggle, and fleeting success of seven immigrant women offers a counternarrative to conventional understandings of success and failure in the food world.—Sharmila Mukherjee, Los Angeles Review of Books

Sen traces the intimate details of these women’s lives and the broader social conditions that shaped – and in many ways stifled – their work. An important book that, like the work of the women it describes, deserves the widest audience.—Killian Fox, The Observer Food Monthly

...[S]ensitive and insightful profiles of those who didn't make the history books.—Lee Svitak Dean, Star Tribune

[A] love letter to the immigrant women who defined food as we know it.—Emma Specter, Vogue

[Sen's] insider-outsider perspective is what makes his voice distinctive ... It is possible – almost – to read Taste Makers as a kind of hagiography, a collection of portrayals of women who, despite the odds, accomplished great things, made valiant strides and blazed trails for others to follow. Yet this is no cosy armchair, feel-good read. 'The book should make you squirm,' he writes. And it does. —Susan Low, The Independent

While Americans have taken to these cuisines, the contributions of these women have been largely forgotten. Mayukh Sen rediscovers their legacy in intimate, sensitive portraits.—Senjuti Patra, Book Riot

Each of these women fought against a system that often tried to pigeonhole, minimize, demean, or exoticize them. ... Sen’s book is both a series of compelling portraits and a deeply researched challenge to entrenched American historical narratives.—Diana Hubble, Atlas Obscura

Tremendous work...Sen joins a young cadre of journalists who are working to illuminate, unsettle, and democratize a system that has historically demeaned women, people of color, and non-European immigrants...Given Sen’s careful research and crystalline prose, Taste Makers proves a refreshing contribution to US culinary history, suitable for scholars and general audiences alike. —Alice McLean, Gastronomica

A book that not only documents a remarkable collection of lives but chronicles the working methods of an exceptional writer…an extraordinary book.—Cynthia Rekdal, International Examiner
Read More 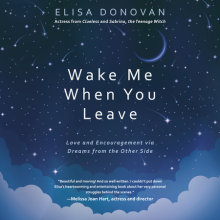 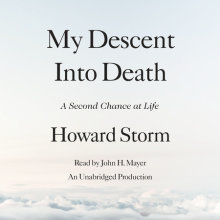 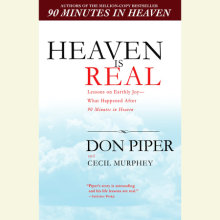