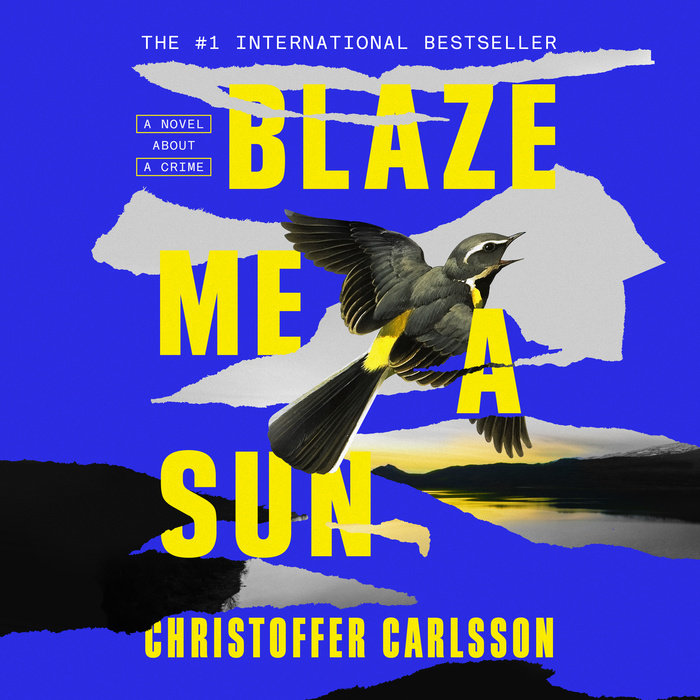 #1 INTERNATIONAL BESTSELLER • A serial killer in a small Swedish town commits his first murder the same night the prime minister is assassinated—a “thrilling and profoundly poignant” (Angie Kim) novel by one of the country’s top criminologists, hailed as “the finest crime writer we have in Sweden” (David Lagercrantz, author of The Girl in the Spider’s Web and other novels in Stieg Larsson’s Millennium Series)

“Christoffer Carlsson is to the police procedural what Cormac McCarthy is to the Western.”—Anthony Marra, author of Mercury Pictures Presents and A Constellation of Vital Phenomena

In February 1986, the Halland police receive a call from a man who claims to have attacked his first victim. I’m going to do it again, he says before the line cuts off. By the time police officer Sven Jörgensson reaches the crime scene, the woman is taking her last breath. For Sven, this will prove a decisive moment. On the same night, Sweden plunges into a state of shock after the murder of the prime minister. Could there possibly be a connection?

As Sven becomes obsessed with the case, two more fall victim. For years, Sven remains haunted by the murders he cannot solve, fearing the killer will strike again. Having failed to catch him, Sven retires from the police, passing his obsession to his son, who has joined the force to be closer to his father.

Decades later, the case unexpectedly resurfaces when a novelist returns home to Halland amid a failed marriage and a sputtering career. The writer befriends the retired police officer, who helps the novelist—our narrator—unspool the many strands of this engrossing tale about a community confronting its shames and legacies.

A #1 bestseller in Sweden, Blaze Me a Sun marks the American debut of the youngest winner of the Best Swedish Crime Novel of the Year award, the top prize for Swedish crime writers whose past winners include Stieg Larsson and Henning Mankell.
Read More
“The first great crime novel of 2023 is Blaze Me a Sun by the decorated Swedish crime writer Chrisoffer Carlsson, who twines together national and personal trauma to devastating effect... What I most loved is how Carlsson plumbs what can and cannot be known about human lives and criminal investigations . . . how familial love can blind people to difficult truths, and how 'closure' often never happens.”—New York Times Book Review (Editors’ Choice)

“While this riveting work shares many aspects of the traditional police procedural, it also overflows genre boundaries to present the effects of fatal violence on the minds and lives of various characters across several generations...a gripping psychological study of the perils of forcing facts into preconceived patterns, and a reminder of how devasting learning the truth can be.”—Wall Street Journal

“Blaze Me a Sun cements Christoffer Carlsson as one of Sweden’s new crime fiction stars…[and] is further proof that he is a worthy heir to titans such as Henning Mankell, Stieg Larsson and Håkan Nesser.”—Bookpage

“[An] audacious mix of procedural and psychological thriller.”—Booklist

“Blaze Me a Sun thrums with a relentless tension that culminates in one of the most satisfying and devastating endings I’ve read in a long time.”—Angie Kim

“A Russian doll of a mystery…you think you know where this book is going. You don’t. Carlsson’s American debut is a wonder.”—Joseph Finder

“Blaze Me a Sun is at once a crime novel and a gripping study in how we struggle to understand our own lives.”—Flynn Berry

“A gripping, powerful story about an obsessive quest for truth.”—Chris Pavone

“Carlsson is the finest crime writer we have in Sweden. His writing is a perfect combination of crystal clear prose and exact knowledge.”—David Lagercrantz

“The most gripping novel I've read this year.”—Grant Ginder

“That rare crime novel that had me turning the pages in suspense, while also nearly moving me to tears.”—Christopher Bollen
Read More