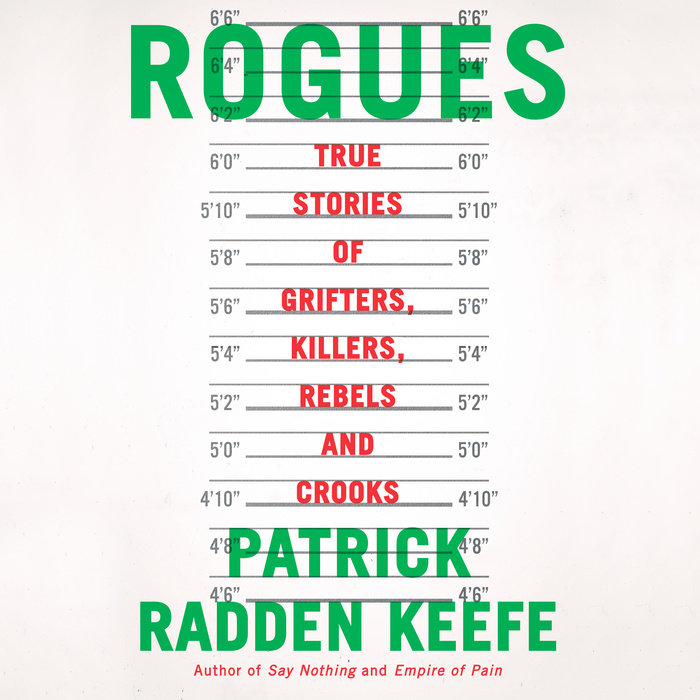 “Patrick Radden Keefe is a brilliant writer, and each of these pieces reminds you that this world and the people in it are more interesting, complicated and moving than you had allowed yourself to imagine. ROGUES is a marvel, showcasing the work of a reporter at the absolute top of his game.” —Daniel Alarcón, author of The King is Always Above the People

Patrick Radden Keefe has garnered prizes ranging from the National Magazine Award to the Orwell Prize to the National Book Critics Circle Award for his meticulously-reported, hypnotically-engaging work on the many ways people behave badly. Rogues brings together a dozen of his most celebrated articles from The New Yorker. As Keefe says in his preface “They reflect on some of my abiding preoccupations: crime and corruption, secrets and lies, the permeable membrane separating licit and illicit worlds, the bonds of family, the power of denial.”

Keefe brilliantly explores the intricacies of forging $150,000 vintage wines, examines whether a whistleblower who dared to expose money laundering at a Swiss bank is a hero or a fabulist, spends time in Vietnam with Anthony Bourdain, chronicles the quest to bring down a cheerful international black market arms merchant, and profiles a passionate death penalty attorney who represents the “worst of the worst,” among other bravura works of literary journalism.

The appearance of his byline in The New Yorker is always an event, and collected here for the first time readers can see his work forms an always enthralling but deeply human portrait of criminals and rascals, as well as those who stand up against them.
Read More
New York Times Bestseller

“The journalist Patrick Radden Keefe has made a career out of deep dives into fascinating characters — and he’s very good at it. In between his regular contributions to The New Yorker, he has published an exposé of the Sackler family and an account of the Troubles in Northern Ireland…With ROGUES: True Stories of Grifters, Killers, Rebels and Crooks we’re treated to the same level of journalistic rigor, and the same passion for breaking open mysteries, in an unmistakably bingeable package.”
— New York Times Book Review, Audio Version

“A new book by Keefe means drop everything and close the blinds; you’ll be turning pages for hours. “Rogues” is a collection of Keefe’s New Yorker articles about criminals and con artists and more. It’s highly entertaining, of course, but what shines through most brightly is Keefe’s fascination with what makes us human even when we’re at our most imperfect.”
— Los Angeles Times

"Rogues is a wonderful book, not only because Keefe's prose is masterful, but because he has a preternatural gift for reading people."
— NPR

“Rogues is a fast-paced and frequently suspenseful read...Keefe is a virtuoso storyteller, able to create suspense with his descriptions of how those crimes unfolded"
— The Washington Post

"Patrick Radden Keefe is the Sherlock Holmes of long-form nonfiction, a relentless investigator who turns his reporting into irresistible storytelling."
— Tampa Bay Times

"[Keefe] makes full use of journalistic tools for fact-finding: keen observation, meticulous research and insightful interviews ... As a result, each essay is a taut, highly honed yet powerful reflection on the creative and corrosive effects of obsession."
— Bookpage (starred)

From the prize-winning, bestselling author of Empire of Pain and Say Nothing—and one of the most decorated journalists of our time—twelve enthralling stories of skulduggery and intrigue.
— Bookshop
Read More 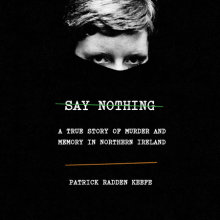