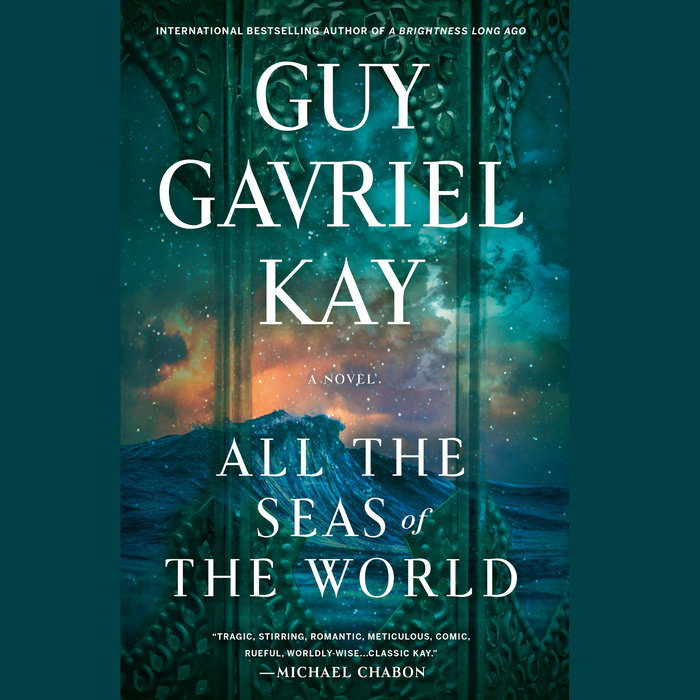 On a dark night along a lonely stretch of coast a small ship sends two people ashore. Their purpose is assassination. They have been hired by two of the most dangerous men alive to alter the balance of power in the world. If they succeed, the consequences will affect the destinies of empires, and lives both great and small.

One of those arriving at that beach is a woman abducted by corsairs as a child and sold into years of servitude. Having escaped, she is trying to chart her own course—and is bent upon revenge. Another is a seafaring merchant who still remembers being exiled as a child with his family from their home, for their faith, a moment that never leaves him. In what follows, through a story both intimate and epic, unforgettable characters are immersed in the fierce and deadly struggles that define their time.

All the Seas of the World is a page-turning drama that also offers moving reflections on memory, fate, and the random events that can shape our lives—in the past, and today.
Read More
*LONGLISTED FOR CANADA READS 2023*

“Tragic, stirring, romantic, meticulous, comic, rueful, worldly-wise, and written in the intimate, deceptively nonchalant voice of a storyteller offering up his great gift, All the Seas of the World is classic Kay, and to this reader, at least, there can be no higher praise.”
—Michael Chabon

“A compelling historical fantasy, [All the Seas of the World] develops with the creeping intensity of an avalanche: an action here, an assignation there, and before you know it, all hell has broken loose. It’s a thrilling and exciting reading experience. . . . Written largely during the pandemic [the novel] has an elegiac quality, an aching awareness of the temporary nature of lives, empires, worlds. As Kay writes, ‘If we take a moment for them it is also a moment taken for ourselves. For those who love us, those we love.’”
—Robert Wiersema, Toronto Star

"The heart of All the Seas of the World is the relationship between Nadia bint Dhiyan and Rafel Ben Natan . . . fully realized, powerful and thought-provoking characters. Kay asks questions . . . about how we move forward in a world shaped by loss. From his very first trilogy, The Fionavar Tapestry, Kay has shown an ability to inhabit female characters with depth and intelligence, while exploring how they navigate worlds built for and by men. . . . All The Seas of The World captures all that Kay does best: a deep look at what makes us human, woven into a package of thrilling adventure."
—Winnipeg Free Press

"Kay revives familiar characters and introduces new ones as his plot charts a seafaring course across a violent world. . . . [But] for all the globetrotting the characters do, their actions are ultimately motivated by a search for home. . . . This is familiar territory for Kay: many of his novels have centered on these questions [but] All the Seas of the World finds a way to reframe the familiar through new, compelling characters, making it one of Kay’s finest novels yet."
—The Globe and Mail

"Gorgeous, generous, humane and deeply aware of the intricacies of human desire and attachment, All the Seas of the World is another masterpiece from Kay."
—James Bradley, author of Ghost Species

“This is an immersive reading experience; readers will taste the dust in their mouths, see the high seas from the deck of a merchant ship, feel the bustle of the city market. What results is necessary sustenance for the starving reader. A masterpiece from a master of the craft.”
—Booklist (starred review)

“Meticulously crafted in structure, pace, language, dialogue.... but crafted not just with skill but with heart ... so one is both saddened and gladdened in turn, moved and inspired throughout.”
—Fantasy Literature

"All the Seas of the World is as rich a tapestry as we've come to expect from Kay—perhaps one of the richest."
—Locus

"All the Seas of the World is a story of resilience winning out, of . . . individuals finding a way to vanquish their demons in spite of all the powers arrayed against them. [Kay is a] master of telling small stories in a big world."
—BookPage (starred review)

“Kay does a wonderful job at inhabiting frantic, tense characters in especially neurotic, high-strung moments. . . . [He has] talent for crafting genuinely evocative scenes that lend themselves well to the visual imagination. . . . [A]rtful. . . . [G]ripping.”
—Tor

“Kay is a genius. I’ve read him all my life and am always inspired by his work.”
—#1 New York Times bestselling author Brandon Sanderson

"In seductive prose, Kay’s historical fantasies transport the reader to a Renaissance Europe that never quite existed and rival the works of George R.R. Martin and Robin Hobb for sheer excitement." —Michael Dirda, The Washington Post

“[Read] anything by Guy Gavriel Kay.”
—The New Yorker

“As with any Kay book, there is beauty of language and intelligent observations. This is a book to be savored.”
—New York Times bestselling author Robin Hobb, on A Brightness Long Ago

“A masterpiece; perhaps the finest work of one of the world’s greatest living storytellers. . . . Kay’s language is elegant in its simplicity, yet painstakingly profound as it cuts to the core of what makes us think, and act, and remember.”
—Fantasy Book Review, on A Brightness Long Ago

“Exquisitely crafted and deeply moving. . . . Guy Gavriel Kay has written a masterpiece, yet again.”
—Nicholas Eames, on A Brightness Long Ago

“A new Guy Gavriel Kay is always occasion for rejoicing—and this dazzling adventure is a diamond-bright jewel.”
—Marina Endicottt, on A Brightness Long Ago

"[Kay's] novels, read together, build a rich and intricate universe spread over centuries and several novels, starting as far back as The Lions of Al-Rassan (1995). . . .  All The Seas of The World is a glittering thread in the tapestry."
—Winnpeg Free Press

“History and fantasy rarely come together as gracefully or readably as they do in the novels of Guy Gavriel Kay.”
—The Washington Post Book World

“Guy Gavriel Kay has a wonderful talent. He tells stories in an invented world that is so rich in historical echoes that I found myself smiling with pleasure as I heard the echoes, while engrossed in the story. Warmly recommended.”
—Edward Rutherfurd

“Kay is peerless in plucking elements from history and using them to weave a wholly fantastical tale that feels like a translation of some freshly unearthed scroll from a time we have yet to discover.”
—The Miami Herald

“You’re immersed in a beautifully detailed fantasy renaissance world, then swept along in its warm, deep, dangerous currents. Here be silks and swordplay, undreamed-of wealth and terrible danger for Lenia and Rafel, two hard-bargaining seafarers, as they battle fate, enemies, and their own doubts to survive.”
—Daily Mail (UK)
Read More 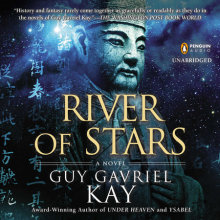