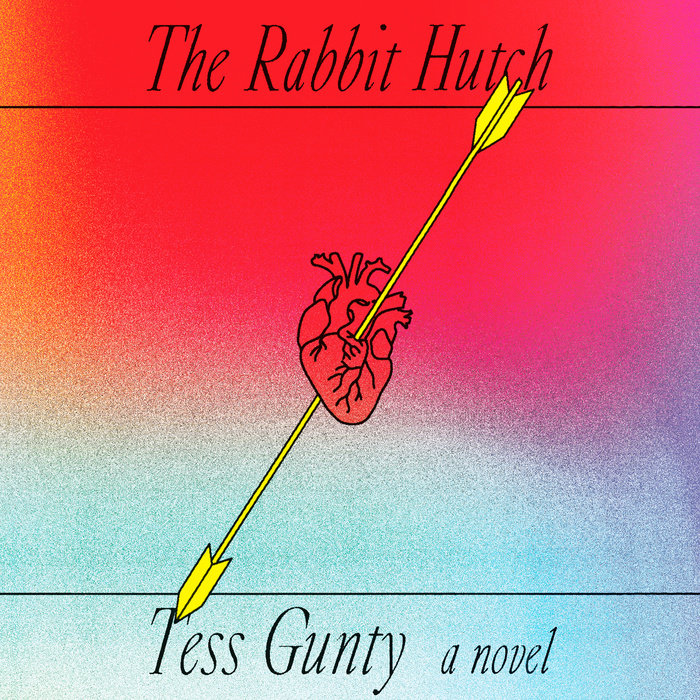 Written by: Tess Gunty
Read by: Tess Gunty, Scott Brick, Suzanne Toren, Kirby Heyborne & Kyla Garcia
9 Hours and 30 Minutes Imprint: Random House Audio Genre: Fiction - Coming Of Age Release Date: August 02, 2022
The Rabbit Hutch is a stunning debut novel about four teenagers—recently aged out of the state foster-care system—living together in an apartment building in the post-industrial Midwest, exploring the quest for transcendence and the desire for love.

“Gunty writes with a keen, sensitive eye about all manner of intimacies—the kind we build with other people, and the kind we cultivate around ourselves and our tenuous, private aspirations.”—Raven Leilani, best-selling, award-winning author of Luster

The automobile industry has abandoned Vacca Vale, Indiana, leaving the residents behind, too. In a run-down apartment building on the edge of town, commonly known as the Rabbit Hutch, a number of people now reside quietly, looking for ways to live in a dying city. Apartment C2 is lonely and detached. C6 is aging and stuck. C8 harbors an extraordinary fear. But C4 is of particular interest.

Here live four teenagers who have recently aged out of the state foster-care system: three boys and one girl, Blandine, who The Rabbit Hutch centers around. Hauntingly beautiful and unnervingly bright, Blandine is plagued by the structures, people, and places that not only failed her but actively harmed her. Now all Blandine wants is an escape, a true bodily escape like the mystics describe in the books she reads.

Set across one week and culminating in a shocking act of violence, The Rabbit Hutch chronicles a town on the brink, desperate for rebirth. How far will its residents—especially Blandine—go to achieve it? Does one person’s gain always come at another’s expense? Tess Gunty’s The Rabbit Hutch is a gorgeous and provocative tale of loneliness and community, entrapment and freedom. It announces a major new voice in American fiction, one bristling with intelligence and vulnerability.

Read More
“An astonishing portrait . . . Gunty delves into the stories of Blandine’s neighbors, brilliantly and achingly charting the range of their experiences. . . . It all ties together, achieving this first novelist’s maximalist ambitions and making powerful use of language along the way. Readers will be breathless.”—Publisher’s Weekly (starred review)

“[A] breathtaking novel . . . Your allegiances will shift and shift again as the plot writhes toward a shocking, but inevitable, conclusion.”—Good Housekeeping, “25 New Summer Books to Add to Your 2022 Reading List”

“Gunty writes with such compassion for her characters as they build their lives and assert their agency in a country that utterly disregards them, and in particular Blandine’s bright, fierce curiosity for the world kept me moving through the story; she’s a warrior, an intellectual force, a young woman who refuses to be disempowered. This is a skillfully told, beautiful, human story.”—Corinne Segal, Literary Hub, “35 Novels You Need to Read This Summer”

“Just when everything seemed designed for a brief moment of utility before its planned obsolescence, here comes The Rabbit Hutch, a profoundly wise, wildly inventive, deeply moving work of art whose seemingly infinite offerings will remain with you long after you finish it. Each page of this novel contains a novel, a world.”—Jonathan Safran Foer, author of Everything Is Illuminated

“In The Rabbit Hutch, Gunty writes with a keen, sensitive eye about all manner of intimacies—the kind we build with other people, and the kind we cultivate around ourselves and our tenuous, private aspirations.”—Raven Leilani, author of Luster

“Tess Gunty is a masterful talent with a remarkable eye for the poetic, the poignant, and the absurdly sublime. The Rabbit Hutch unspools the story of Blandine Watkins and other inhabitants of a rundown building on the edge of the once bustling Vacca Vale, Indiana. A brutal and beautiful novel that both delights and devastates with its unflinching depiction of Rust Belt decline, Gunty’s debut is a tour de force that’s sure to top this year’s best-of lists.”—Lauren Wilkinson, author of American Spy

“The Rabbit Hutch aches, bleeds, and even scars but it also forgives with laughter, with insight, and finally, through an act of generational independence that remains this novel’s greatest accomplishment, with an act of rescue, rescue of narrative, rescue from ritual, rescue of heart, the rescue of tomorrow.”—Mark Z. Danielewski, author of House of Leaves

“Philosophical, and earthy, and tender and also simply very fun to read—Tess Gunty is a distinctive talent, with a generous and gently brilliant mind.”—Rivka Galchen, author of Everyone Knows Your Mother Is a Witch

“Remarkable . . . Brilliantly imaginative . . . Gunty is a wonderful writer, a master of the artful phrase. . . . Best of all, her fully realized characters come alive on the page, capturing the reader and not letting go.”—Michael Cart, Booklist (starred review)

“Darkly funny, surprising, and mesmerizing . . . A stunning and original debut that is as smart as it is entertaining . . . Gunty pans swiftly from room to room, perspective to perspective, molding a story that . . . is extremely suspenseful and culminates in a finale that will leave readers breathless. With sharp prose and startling imagery, the novel touches on subjects from environmental trauma to rampant consumerism to sexual power dynamics to mysticism to mental illness, all with an astonishing wisdom and imaginativeness. . . . A striking and wise depiction of what it means to be awake and alive in a dying building, city, nation, and world.”—Kirkus Reviews (starred review)
Read More