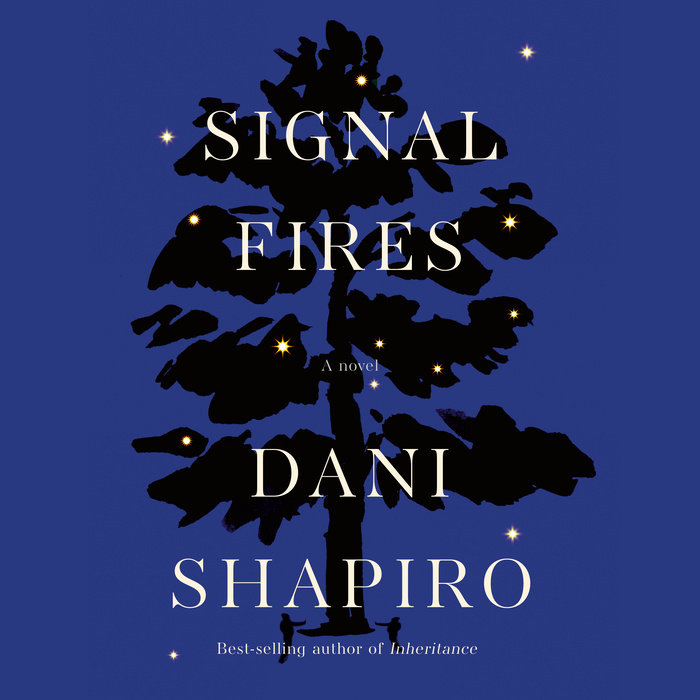 Written by: Dani Shapiro
Read by: Dani Shapiro
7 Hours and 31 Minutes Imprint: Random House Audio Genre: Fiction - Family Life - Siblings Release Date: October 18, 2022
A “gripping” new novel (PEOPLE) from the best-selling author of Inheritance: On a  summer night in 1985, three teenagers have been drinking. One of them gets behind the wheel of a car, and, in an instant, everything changes.

ONE OF MOST EAGERLY ANTICIPATED BOOKS OF THE YEAR: LitHub, BookPage, Library Journal, The Millions

Signal Fires opens on a summer night in 1985. Three teenagers have been drinking. One of them gets behind the wheel of a car, and, in an instant, everything on Division Street changes. Each of their lives, and that of Ben Wilf, a young doctor who arrives on the scene, is shattered. For the Wilf family, the circumstances of that fatal accident will become the deepest kind of secret, one so dangerous it can never be spoken.

On Division Street, time has moved on. When the Shenkmans arrive—a young couple expecting a baby boy—it is as if the accident never happened. But when Waldo, the Shenkmans’ brilliant, lonely son who marvels at the beauty of the world and has a native ability to find connections in everything, befriends Dr. Wilf, now retired and struggling with his wife’s decline, past events come hurtling back in ways no one could ever have foreseen.

In Dani Shapiro’s first work of fiction in fifteen years, she returns to the form that launched her career, with a riveting, deeply felt novel that examines the ties that bind families together—and the secrets that can break them apart. Signal Fires is a work of haunting beauty by a masterly storyteller.
Read More
A MOST ANTICIPATED BOOK: LA Times, Time Magazine, LitHub, BookPage, Library Journal, The Millions, She Reads

“The celebrated memoirist returns to fiction with a lyrical and propulsive novel in which a horrific crash leaves a young woman dead and the driver’s family closing ranks around him. The secrets and cover-ups that result will haunt the family for generations to come, but it's the richly drawn characters and moody atmospheric that make the book hard to put down.” —Oprah Daily

“Signal Fires is an urgent and compassionate meditation on memory, time, and space. Shapiro has created a world that's as wrenching as it is wondrous.” —Ruth Ozeki, author of A Tale for the Time Being

“Signal Fires cuts a gleaming window into our alternate lives so meticulously and gloriously that it is quite nearly a primer on how to live not only in the present, but in the past and future as well. Shapiro has crafted a stunning future classic.” —Lisa Taddeo, author of Three Women

“Signal Fires is a haunting, moving, and propulsive exploration of family secrets.” —Meg Wolitzer, author of The Female Persuasion

“I don’t know of anyone who writes about family with the same generous understanding and gem-cut sentences as Dani Shapiro. Signal Fires confirms her as an artist of the highest order.” —Gary Shteyngart, author of Super Sad True Love Story

"Wise, deeply perceptive, suffused with light in spite of life's darkness, Dani Shapiro's Signal Fires is an amazing novel. Shapiro inhabits her characters with lucidity and compassion, and renders their ordinary lives transcendent." —Claire Messud, author of The Woman Upstairs

“Signal Fires could only be written by Dani Shapiro—and only now, when she's undoubtedly at the height of her powers. One gets the sense this is the story she has been building toward all these years: a parabolic family drama about the way certain moments echo through time. I'll never stop thinking about it.” —Mary Laura Philpott, author of I Miss You When I Blink

“Stunning in depth and breadth, this luminous examination of loss and acceptance, furtiveness and reliability, abandonment and friendship ultimately blazes with profound revelations . . . Like creating an intricate origami puzzle, Shapiro folds together the events that define these lives over decades, focusing on specific interludes to divulge old secrets or bury new ones. Returning to fiction after touching readers with her courageous and probing memoirs, including Inheritance, Shapiro delivers keen perceptions about family dynamics via fictional characters that exude a rare combination of substance and delicacy.” —Booklist [starred review]

“A beautiful exploration of the connections between two families and the reverberations from a teenager’s lie . . . Shapiro imagines in luminous prose how each of the characters’ lives might have gone if things had turned out differently.” —Publishers Weekly

“Acclaimed novelist/memoirist Shapiro (Inheritance) writes with compassion and a deep understanding of the damage that secrets wreak. Shapiro’s first novel in 15 years was well worth the wait.” —Library Journal

“A beautiful exploration of the connections between two families and the reverberations from a teenager’s lie . . . Shapiro imagines in luminous prose how each of the characters’ lives might have gone if things had turned out differently . . . an intriguing meditation.” —Publishers Weekly
Read More 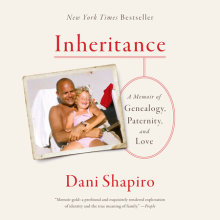 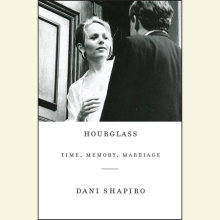