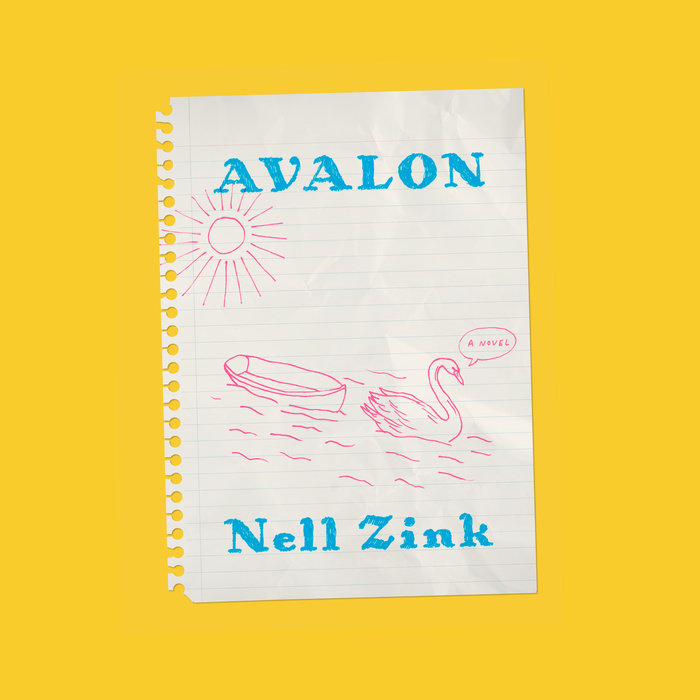 Written by: Nell Zink
Read by: Justis Bolding
6 Hours and 22 Minutes Imprint: Random House Audio Genre: Fiction - Coming Of Age Release Date: July 26, 2022
A NEW YORK TIMES BEST BOOK OF THE YEAR • A profound and singular story about a young woman searching for her place in the world, from one of America’s most original voices—the irresistible story of one teenager’s reckoning with society at large and her search for a personal utopia.

“Effulgent and clever.... What fun.” —The New York Times

Bran’s Southern California upbringing is anything but traditional. After her mother joins a Buddhist colony, Bran is raised by her “common-law stepfather” on Bourdon Farms—a plant nursery that doubles as a cover for a biker gang. She spends her days tending plants, slogging through high school, and imagining what life could be if she had been born to a different family.

And then she meets Peter, a beautiful, troubled, and charming train wreck of a college student from the East Coast, who launches his teaching career by initiating her into the world of literature and aesthetics. As the two begin a volatile and ostensibly doomed long-distance relationship, Bran searches for meaning in her own surroundings—attending disastrous dance recitals, house-sitting for strangers, and writing scripts for student films. She knows how to survive, but her happiness depends on learning to call the shots.

Exceedingly rich, ecstatically dark, and delivered with masterful humor, Avalon is a poignant portrait of a young woman who, against all odds, is determined to find her place in the world and find clarity in its remote corners.
Read More
A BEST BOOK OF THE YEAR: The New York Times, The New Yorker, Vulture

“Effulgent and clever . . . A zone of mirth and meaning. What fun.”
—Molly Young, The New York Times

“Well-observed, archly funny . . . Zink is a brilliant creator of character, setting and, for lack of a better word, vibe, and there is much pleasure to be found in the way she gets so many things so precisely right in this novel.”
—Samantha Schoech, San Francisco Chronicle

“Avalon could be described as something of a Trojan horse: Its exterior has the appearance of a classic bildungsroman, but it contains a wry and biting critique of social mobility, labor exploitation, and creative work in Southern California . . . Zink’s California has some resonances with Joan Didion’s, chock-full of unsettling tensions that are difficult to unravel . . . [Zink paints] a rather authentic image of Southern California, one that elucidates how—not only there, but particularly there—financial and cultural capital have become so intertwined that someone without the former can’t reasonably have access to the latter . . . Perhaps the best way to understand the book is not as a portrait of the artist, but as a playbook for how to be one.”
— Alana Pockros, The Nation

“Avalon rekindles much of what made The Wallcreeper a standout . . . Zink has composed another successful foray into a critique of the patriarchy relying on her distinctive voice and style to carry the novel.”
—Ian MacAllen, The Chicago Review of Books

“Zink is a fearless satirist . . . Life steams ahead whether a person wants it to or not, and the mystery at work in Avalon is whether Bran is paranoid enough to realize that. Zink answers that question with her usual cunning, and it’s no spoiler to note that the final page of the novel will send readers scrambling back to its first.”
—Jake Cline, The Washington Post

“[Zink] allows a remarkable tenderness to permeate the narrative, without compromising on her characteristic humor and predilection for the American idiom. The result is delightfully refreshing . . . In the end, style and execution of that style are the skills with which the player wins the game, and Zink’s knack for voice here is delicious.”
—Huda Awan, Los Angeles Review of Books

“Zink has a gift for crafting elegant sentences that reward rereading . . . The ending of the novel is Zink at her best: clever and biting, and refreshingly unforced.”
—Michael Schaub, The Boston Globe

“Incredibly pleasing to see a writer this intelligent keep the focus of her gaze this tight . . . There are also long stretches of satisfying narrative, of humanity and pain . . . The concrete descriptions of California are continually stunning and add a further layer of life . . . [Avalon] ended up, for me, feeling like art.”
—Lynn Steger Strong, Los Angeles Times

“Vivid and thorough—persistent, even, in its whimsy . . . Zink writes, in places, with almost cinematic vividness, and follows Bran’s evolution with an impressive commitment to realizing her experiences on the page.”
—Claire Messud, Harper’s

“Zink delves into class, art, and American culture in a characteristically witty bildungsroman . . . Even more impactful than the intellectual ballistics is the tortured romance story. The style is all Zink’s own, and she’s as brilliant as ever here.”
—Publishers Weekly, starred
Read More