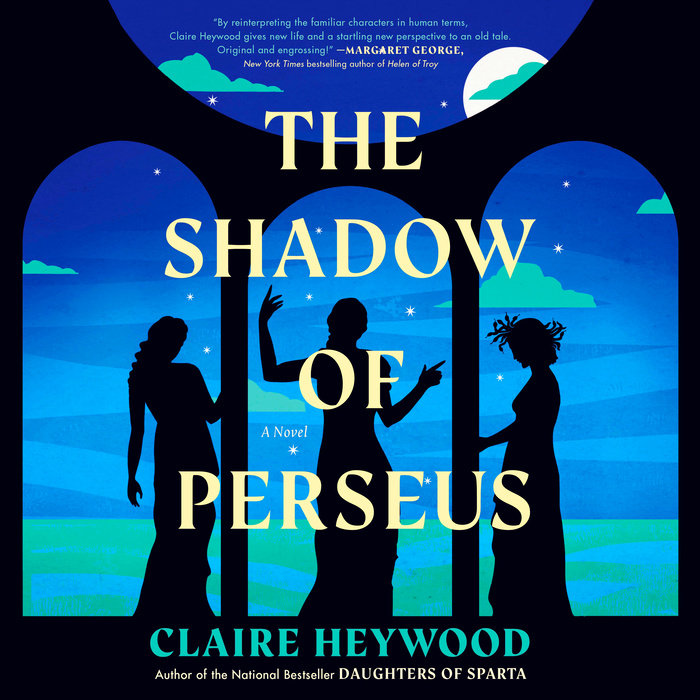 Written by: Claire Heywood
Read by: Olivia Darnley
10 Hours and 54 Minutes Imprint: Penguin Audio Genre: Fiction - Historical - Ancient Release Date: February 21, 2023
Nationally bestselling author of Daughters of Sparta Claire Heywood returns with an imaginative and female-centered reinterpretation of the myth of the great hero Perseus, told through the voices of three women who are sidelined in the traditional version—his mother, Danae; his trophy, Medusa; and his wife, Andromeda—but whose viewpoints reveal a man who is not, in fact, a hero at all.

Danae: Banished from her homeland thanks to a prophecy foretelling that her unborn child will one day cause the death of her father, the king of Argos, Danae finds herself stranded, pregnant, and alone in a remote fishing village. It’s a harsh new world for a young woman who grew up as a coddled princess, and forging a new life for herself and for her young son Perseus will be the hardest thing she’s ever done.

Medusa: As a member of a reclusive band of women who live deep in the woods, known as the Gorgons, Medusa has eschewed all contact with the outside world. That is, until the day she finds an injured boy named Perseus in the forest.

Andromeda: When a harsh sandstorm threatens to destroy her nomadic desert tribe’s way of life, Andromeda knows that a sacrifice will be required to appease the gods and end the storm. But when a forceful young Perseus interferes, Andromeda’s life is set on an entirely new path.

As Perseus becomes increasingly obsessed with the promise of his own destiny, his heroic journey casts a shadow of violence and destruction across all three women’s lives. But even as he tries to silence them, the women may find that reclaiming their voices is their only hope for lifting themselves into a better future.
Read More
"[A] markedly fresh spin on a classic tale, the allegedly valiant adventures of Perseus, the Greek hero who slew the Gorgon Medusa....In the rash, impulsive, arrogant, spoiled, entitled, and dangerous figure of Perseus, Heywood deftly deconstructs the model of Hellenic heroism, illustrating the dark side of a larger-than-life icon.Told through the perspectives of three very different but equally compelling women, Heywood's second novel is entertaining and impactful."
—Booklist

“It is the long-silenced women—Danae, Medusa, and Andromeda—who are the heroes in this fresh, feminist retelling of the myths of Perseus. A tale of bravery, heartbreak, and perseverance, THE SHADOW OF PERSEUS has breathed new life into these very old stories, and finally given these women their voice.” —Stephanie Marie Thornton, USA Today bestselling author of The Conqueror’s Wife

“Re-energizes the Perseus myth by asking What If? What if Perseus was not a demigod, not a hero, but a troubled killing machine? What if Zeus never visited Danae and wasn’t the father of Perseus? What if Medusa was an innocent victim, paying the price of being a woman and befriending Perseus? And what if there was no sea monster to rescue Andromeda from?  By re-interpreting the familiar characters in human terms, Claire Heywood gives new life and a startling new perspective to an old tale. Original and engrossing!” —Margaret George, New York Times bestselling author of Helen of Troy

"A beautifully woven tale, Heywood triumphantly reclaims the stories of three of Greek Mythology's most deserving women. With brilliant, confident writing, The Shadow of Perseus has illuminated the stories of ladies too often relegated to the role of villain or damsel."—Claire M. Andrews, author of the Daughter of Sparta trilogy

"Claire Heywood's retelling is a fresh and original take on the myth of Perseus. I particularly loved seeing Danae, Perseus's mother, take centre stage alongside her more famous counterparts, Medusa and Andromeda. In this retelling Danae becomes a moving and compelling character with her own story, beyond simply being the mother of a famous man. Claire Heywood's choice to dispense with the magical element of the myth also made for some truly thought provoking moments and I was gripped by the human drama at the novel's heart."—Elodie Harper, internationally bestselling author of The Wolf Den and The House with the Golden Door

"Not since Madeline Miller's Circe has there been a more compelling read set in the world of the Greek mythology. What Miller did for Circe, Heywood has done in spades for Medusa and her sisters. Absolutely unputdownable!"—Michelle Moran, bestselling author of Cleopatra's Daughter

“Unique and profoundly moving… The reimagined tale of The Shadow of Perseus sweeps you into the heartbreaking tragedy of women mistreated by Perseus... Highly recommended.”
—Historical Novel Society
Read More 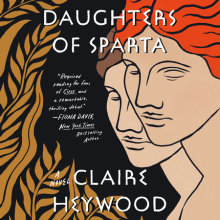