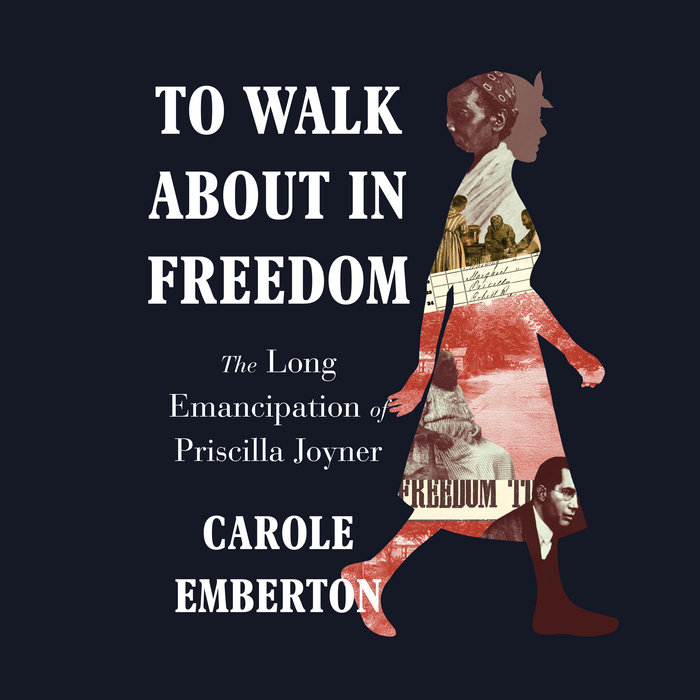 Priscilla Joyner was born into the world of slavery in 1858 North Carolina and came of age at the dawn of emancipation. Raised by a white slaveholding woman, Joyner never knew the truth about her parentage. She grew up isolated and unsure of who she was and where she belonged—feelings that no emancipation proclamation could assuage.

Her life story—candidly recounted in an oral history for the Federal Writers’ Project—captures the intimate nature of freedom. Using Joyner’s interview and the interviews of other formerly enslaved people, historian Carole Emberton uncovers the deeply personal, emotional journeys of freedom’s charter generation—the people born into slavery who walked into a new world of freedom during the Civil War. From the seemingly mundane to the most vital, emancipation opened up a myriad of new possibilities: what to wear and where to live, what jobs to take and who to love.

Although Joyner was educated at a Freedmen’s Bureau school and married a man she loved, slavery cast a long shadow. Uncertainty about her parentage haunted her life, and as Jim Crow took hold throughout the South, segregation, disfranchisement, and racial violence threatened the loving home she made for her family. But through it all, she found beauty in the world and added to it where she could.

Weaving together illuminating voices from the charter generation, To Walk About in Freedom gives us a kaleidoscopic look at the lived experiences of emancipation and challenges us to think anew about the consequences of failing to reckon with the afterlife of slavery.

Read More
Emberton creates an illuminating view of the daily struggles and triumphs that characterized African Americans’ 'long emancipation'….An insightful, poignant consideration of a representative figure’s negotiation of liberty in the decades after Emancipation.—Kirkus Reviews

To Walk About in Freedom is truly a must read for anyone interested in seeing not only the nation’s racial past in a fresh light thanks to Emberton's brilliant re-mining, re-excavation, re-reading, and re-interpretation of the lives of the newly freed, but also in being able to come to all previous renderings of it better informed and to view them with a far more critical gaze. —Heather Ann Thompson, Pulitzer Prize-winning author of Blood in the Water

For Priscilla Joyner’s unsettling but moving story, Carole Emberton uses the historian’s tools to excavate the precious and deeply personal complexities of formerly enslaved people’s lives, including accounting for the multiple possibilities of family histories often shrouded in mystery. This is an important contribution to the history of families and freedom in post–Civil War America.—Kidada E. Williams, author of They Left Great Marks on Me

Priscilla Joyner’s ‘long emancipation’ is a story at once distinctive and collective, a story of the trials, tribulations, joys, heartaches, and struggles that paved the African American road out of slavery, a story of the intimacies, raw emotions, and unanswered questions that have long encased southern life. Carole Emberton tells Priscilla Joyner’s story with sensitivity and consummate skill.—Steven Hahn, Pulitzer-Prize winner and author of A Nation Without Borders
Read More