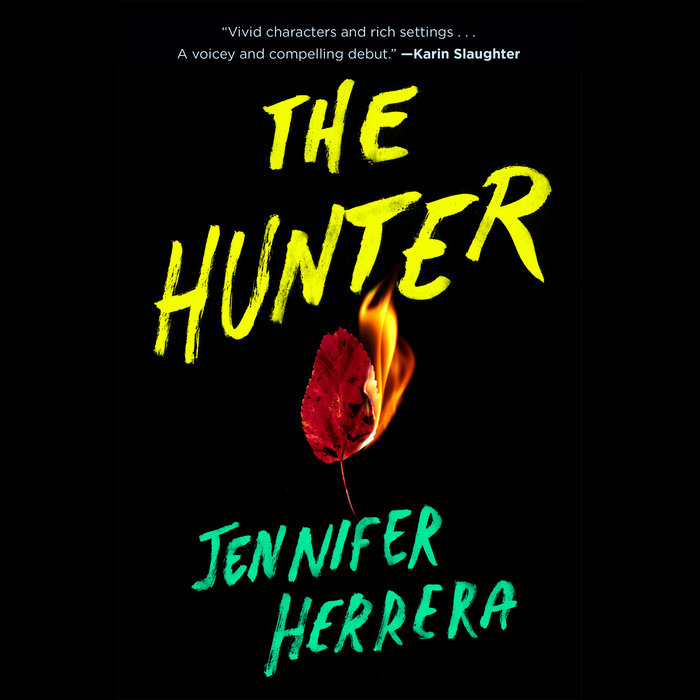 Written by: Jennifer Herrera
Read by: Rebecca Lowman
9 Hours and 48 Minutes Imprint: Penguin Audio Genre: Fiction - Thrillers - Suspense Release Date: January 10, 2023
A riveting atmospheric suspense debut that explores the dark side of a small town and asks: How can we uncover the truth when we keep lying to ourselves?

“Herrera has a gift for drawing vivid characters and rich settings. A voicey and compelling debut that is not to be missed.”--Karin Slaughter

After reckless behavior costs NYPD detective Leigh O’Donnell her job and her marriage, she returns with her four-year-old daughter to her beautiful hometown of Copper Falls, Ohio. Leigh had stayed away for more than a decade—even though her brother and a trio of loving uncles still call it home—because, while the town may seem idyllic, something rotten lies at its core. Three men in town have drowned in what Leigh suspects to be a triple homicide. She hopes that by finding out who killed them, she just might get her life back on course.

Headstrong and intuitive, Leigh isn’t afraid to face a killer, but she has to do more than that to discover the truth about what happened to those men. She must unravel a web of secrets going back generations, and, in doing so, plumb the darkness within herself.

Perfect for fans of Mare of Easttown, this taut debut is a haunting look at how the search for truth often leads back to the most unlikely of places.
Read More
“[A] complex plot, which is matched by thoroughly realized characters whose actions are anything but predictable. Herrera is a writer to watch.”--Publishers Weekly (starred review)

“[A] generational mystery that'll keep readers on their toes…Herrera's debut threads uneasiness and mistrust through a pulse-pounding mystery.”--PopSugar

"A thriller with depth." --Booklist

“With its language and momentum, the book propels the reader to the last page.”--New York Journal of Books

"The Hunter announces Jennifer Herrera as a remarkable new voice in suspense. Her debut is expertly paced and plotted, richly atmospheric, and filled with nuanced, beautifully developed characters with whom readers are sure to connect. I loved this book, and can't wait to read whatever Herrera writes next."--Cristina Alger, New York Times bestselling author of Girls Like Us

"This book is a bonfire on a dark night. Searing hot and enthralling. I want to live in Herrera's language, where the ordinary becomes magical and strange. Fans of Tana French and Marisha Pessl, take note."--Melissa Larsen, author of Shutter

"Smart, taut, and atmospheric. The Hunter had me reading into the night as I followed Leigh from New York back to her hometown. She must find and confront a killer as well as make peace with her past. I finished the book in one sitting and can’t wait to read the next page-turner in the series!"--Janet Skeslien Charles, author of The Paris Library
Read More