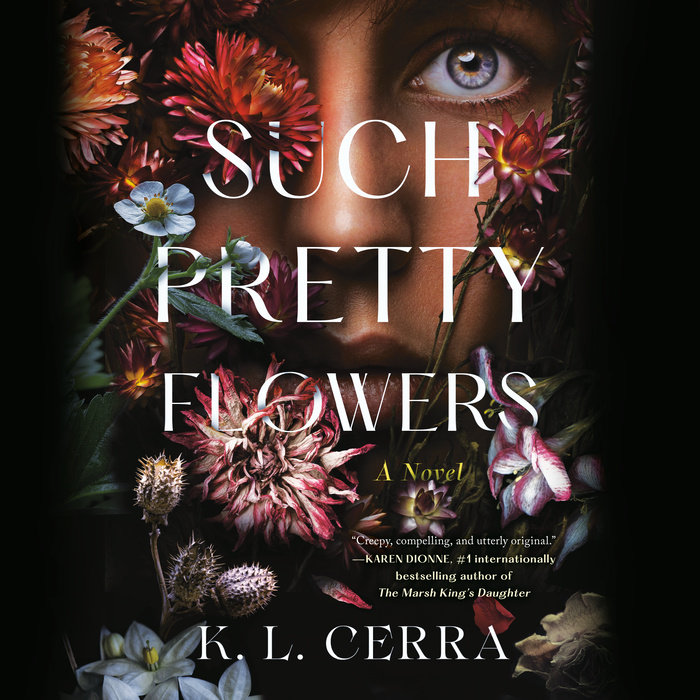 It was the last message Holly received from her brother, Dane, before he was found cleaved open in the lavish Savannah townhouse of his girlfriend, Maura. Police ruled his death a suicide sparked by psychosis, but Holly can’t shake the idea that something else must have happened—something involving another message he sent earlier that night about a “game” Maura wanted to play.

Determined to discover the truth, Holly begins to stalk Maura, a magnetic, black-eyed florist with a penchant for carnivorous plants. But what begins as an investigation quickly veers into a fixation that lures Holly into the depths of Maura’s world: Savannah high society, eerie black roses, and a whisper of something more sinister. Soon Holly is feeling a dark attraction to the one woman she shouldn’t trust. As Holly falls deeper for Maura and her secrets, she’s left with only one choice: find out what happened to Dane or meet the same fate.
Read More
“An astonishing debut . . . creepy, compelling, terrifying, and utterly original psychological suspense that grabbed me from the first page and held tight until the last. Cerra’s deft plotting and assured voice control her readers as skillfully as her antagonist manipulates her victims. Bump this one to the top of your TBR list—I loved it!”—Karen Dionne, #1 international bestselling author of The Marsh King’s Daughter and The Wicked Sister

“A deliciously terrifying romp through the Gothic wilds of Savannah . . . Horticulture never looked so deadly.”—Alex Marwood, Edgar and Macavity Award–winning author of The Wicked Girls

“A lush, seductive Southern Gothic that’s deliciously queer in every sense of the word. Holly and Maura’s mutual obsession made me shiver and sweat in equal measure, and Cerra’s gift for gorgeous, gruesome atmosphere had me spellbound. If your countdown to Halloween starts midwinter, this is the perfect book for you.”—Layne Fargo, author of They Never Learn

“K. L. Cerra has weaved a spine-tingling tale that is as atmospheric as it is dangerous. The poisons and the mysterious behaviors behind each character had me hooked. I may never look at roses the same way again!”—Georgina Cross, author of Nanny Needed
Read More