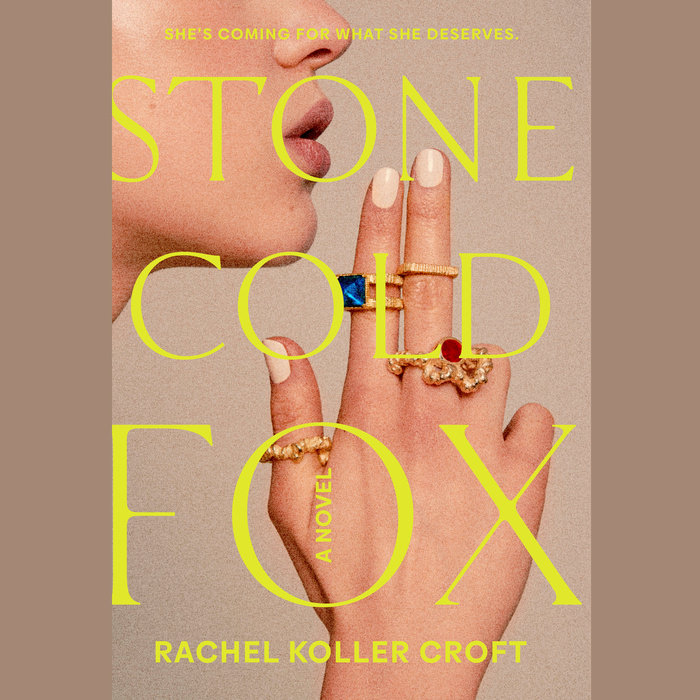 Written by: Rachel Koller Croft
Read by: Carlotta Brentan
11 Hours and 33 Minutes Imprint: Penguin Audio Genre: Fiction - Thrillers - Psychological Release Date: February 14, 2023
A perfectly wicked debut thriller about an ambitious woman who, after a lifetime of conning alongside her mother, wants to leave her dark past behind and marry the heir to one of the country's wealthiest families.

Like any enterprising woman, Bea knows what she’s worth and is determined to get all she deserves—it just so happens that what she deserves is to marry rich. Filthy rich. After years of forced instruction by her mother in the art of swindling men, a now-solo Bea wants nothing more than to close and lock the door on their sordid partnership so she can disappear safely into old-money domesticity, sealing the final phase of her escape.

When Bea chooses her ultimate target in the fully loaded, thoroughly dull and blue-blooded Collin Case, she’s ready to deploy all of her tricks one last time. The challenge isn’t getting the ring, but rather the approval of Collin’s family and everyone else in their 1 percent tax bracket, particularly his childhood best friend, Gale Wallace-Leicester.

Going toe-to-toe with Gale isn’t a threat to an expert like Bea, but what begins as an amusing cat-and-mouse game quickly develops into a dangerous pursuit of the grisly truth. Finding herself at a literal life-and-death crossroads with everything on the line, Bea must finally decide who she really wants to be.

Like mother, like daughter?
Read More
“This delicious, twisty tale of deception and daughterhood will have everyone holding onto their wallets.”
—Good Morning America

“With a unique and biting voice, Rachel Koller Croft explodes onto the thriller scene…Highly entertaining…Bea is the ultimate man-eater.”
—Julie Clark, New York Times bestselling author of The Lies I Tell

“[A] provocative, riveting debut novel. Intense and fast-paced, the book is like driving down a relentless, unforgiving path. The only time you’ll stop reading is to catch your breath.”
—Samantha Downing, USA Today bestselling author of For Your Own Good

“Move over, Anna Delvey — there's a new con artist in town. This wild, twisted ride made me gasp, laugh, and most shockingly of all, feel for the girl hiding beneath the French tipped facade.”
—Laura Hankin, author of A Special Place for Women

“An inventive, mischievous look at ambition, womanhood and the art of the con with an ending that will blow your socks off.”
—Eliza Jane Brazier, author of Good Rich People

“This is excellent writing for a debut author and is a must-read for fans of Gillian Flynn’s Gone Girl or Lisa Unger’s Confessions on the 7:45.”
—Library Journal

“An absorbing story that plays with ideas of good and evil, keeping readers guessing who is the hero and who the villain.”
—Kirkus (starred review)

"It’s one of those up all night thrillers you won’t be able to put down! It has everything I love in a domestic thriller. A conniving and gold digging con-artist. Old money. Scandal! It is perfect for fans of Greer Hendricks & Sarah Pekkanen, Julie Clarke, or Liv Constantine."
—The Stripe

“Sexy, darkly funny, and filled with rich people behaving badly, begging the question: who really is the villain here?”
—HelloGiggles

“This clever tale of jealousy, revenge, deception, and betrayal marks Croft as a writer to watch.”
—Publishers Weekly

“As good as con-artist stories get: propulsive and layered with superbly bitchy, ruthless characters. I was sucked into Bea's scheme from the first sentence. The term "page-turner" was invented for books like this.”
—Liv Stratman, author of Cheat Day
Read More