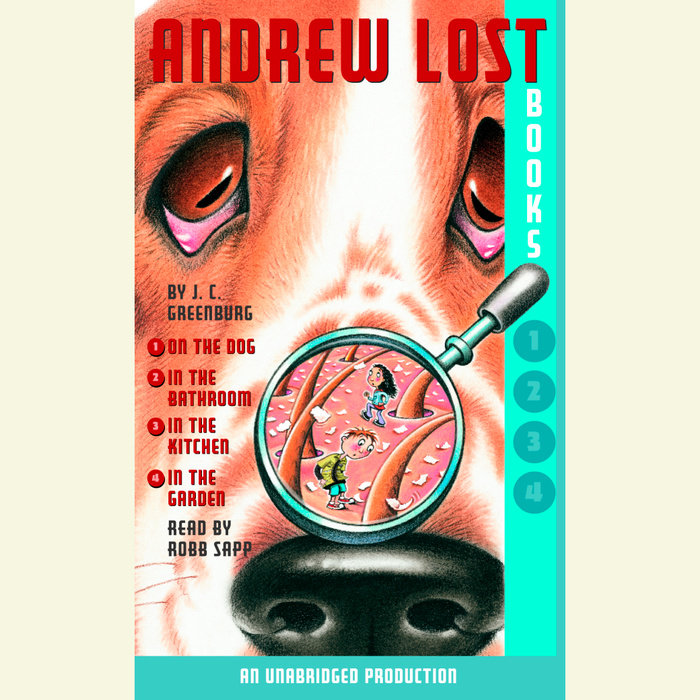 Written by: J. C. Greenburg
Read by: Robb Sapp
3 Hours Imprint: Listening Library Ages 7-10 years Release Date: November 23, 2004
ANDREW LOST #1: ON THE DOG
When Andrew's latest invention, the Atom Sucker, goes haywire, Andrew and Judy are shrunk down to microscopic level! Andrew and Judy find themselves lost on their neighbor's dog, where they encounter everything from colossal fleas to crab-like eyelash mites. Now they have to find their way back to the Atom Sucker and get unshrunk before it's too late!

ANDREW LOST #2: IN THE BATHROOM
When Andrew and Judy's neighbor gives her dog a bath, microscopic Andrew and Judy find themselves washed off the dog and lost in the bathroom! They'll have to use their wits and Thudd's storehouse of facts if they're to survive run-ins with mold, mildew, and ocean of soapy water, and a predatory spider on their way back to the Atom Sucker.

ANDREW LOST #3: IN THE KITCHEN
Andrew, his cousin Judy, and supersmart robot Thudd escape the bathtub only to get flushed down the toilet! Now they have to find their way through a maze of pipes to the kitchen sink. But the kitchen is no place to be when you're the size of a flea. Monster cockroaches scurry across the counter while flies patrol the skies. Will the kids survive the kitchen? Or will they end up frozen in the fridge? Time is running out!

ANDREW LOST #4: IN THE GARDEN
Andrew, his cousin Judy, and supersmart robot Thudd hitch a ride out of the kitchen on the back of a fly and end up in the garden. The view is awfully nice from the head of a daisy, but time is running out . . . they have to get back to the Atom Sucker and unshrink themselves before it's too late!
Read More
“Andrew Lost books are gross and disgusting. That’s why we like them.”
–The Washington Post
Read More 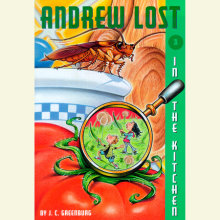 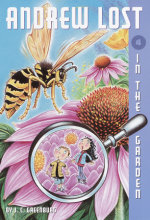 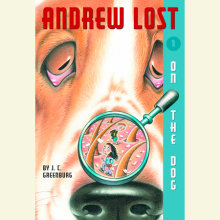 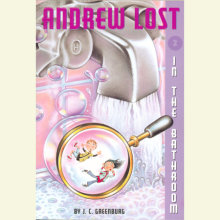