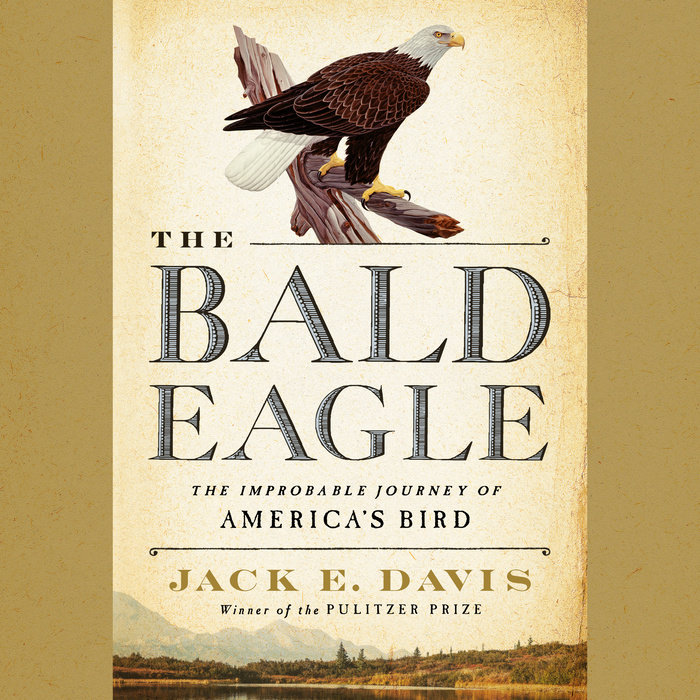 The bald eagle is regal but fearless, a bird you’re not inclined to argue with. For centuries, Americans have celebrated it as “majestic” and “noble,” yet savaged the living bird behind their national symbol as a malicious predator of livestock and, falsely, a snatcher of babies. Taking us from before the nation’s founding through inconceivable resurgences of this enduring all-American species, Jack E. Davis contrasts the age when native peoples lived beside it peacefully with that when others, whether through hunting bounties or DDT pesticides, twice pushed Haliaeetus leucocephalus to the brink of extinction.

Filled with spectacular stories of Founding Fathers, rapacious hunters, heroic bird rescuers, and the lives of bald eagles themselves—monogamous creatures, considered among the animal world’s finest parents—The Bald Eagle is a much-awaited cultural and natural history that demonstrates how this bird’s wondrous journey may provide inspiration today, as we grapple with environmental peril on a larger scale.

*Includes a downloadable PDF of images from the book
Read More
Davis, the Pulitzer-winning author of The Gulf, makes clear in his rollicking, poetic, wise new book that cultural and political history are an integral part of this natural history, not to be omitted if we want to tell the whole story.... Along with the famous humans, Davis never neglects the birds themselves.... Davis shines at most everything in this exuberantly expansive book, but especially at highlighting individual birds like the translocated ones making their way in the world. With eagle numbers now estimated at levels they were before 'America became America,' their comeback is astonishing. —Vicki Constantine Croke, New York Times Book Review

An impressive work of scholarship . . . . if you have any questions about our national bird, Mr. Davis’s The Bald Eagle is a great place to look for answers. —Bill Heavey, Wall Street Journal

Jack E. Davis wants it very clearly understood that a bald eagle cannot, in fact, pluck an infant girl from her carriage, carry her clenched between its talons to its nest, and feed her to its eaglets. Okay?.... Why did Americans nearly drive America’s bird to extinction? In The Bald Eagle, Davis, who won a Pulitzer Prize for The Gulf, a clever history of 'America’s Sea,' has written a double biography: a history of the species and a history of the symbol.... The Bald Eagle is the rare natural history that plays as a comedy. It’s a dark comedy, however, because its lessons are not easily transferable to our broader, ongoing ecological catastrophe. The bald eagle is not only a symbol of American might. It is a symbol of American exceptionalism.... A moving portrait of a species victimized for its own evolutionary successes. —Nathaniel Rich, The Atlantic

A feel-good story.... [A] engaging and highly detailed cultural and natural history of the unofficial national bird (Davis points out that no president or Congress has ever signed a proclamation or law making it official).... Davis deftly brings alive the bald eagle as a real animal, separate from both the myths of its rapaciousness and the symbolic majesty that at times has made the birds emblems for organizations ranging from the National Rifle Association to the National Wildlife Foundation.—Matt Jaffe, San Francisco Chronicle

[A] soaring new book… The Bald Eagle is compelling and paints a dignified portrait of the famous bird, within and outside of American culture. The author’s occasional playful tone lightens the mood during its darker moments and even helps to underline the hypocrisy of the treatment of this bird of prey, simultaneously esteemed and maligned. This is a history that turns the tables on Americans; the creature that embodied the scrappiness of the early nation is now a model of resilience we can only hope to emulate. —Olive Fellows, Christian Science Monitor

The tale, as Davis told Ideas in a recent Zoom chat from his home in Gainesville, Fla., is an unusually upbeat one in a moment of deep environmental worry. But that, he suggests, is the point.—David Scharfenberg, Boston Globe

Splendid.... [Davis] is a meticulous historian and researcher as well as a master storyteller – an irresistible combination.—Collette Bancroft, Tampa Bay Times

The new book by the Pulitzer Prize-winning author of The Gulf: The Making of an American Sea feels especially timely, with several new bird extinctions announced last year and the need to counter those losses with tales of conservation success. —John R. Platt, The Revelator

A majestic history of the bald eagle and how it has reflected the nation’s changing relationship to nature... The author’s consistently lively, captivating narrative celebrates the naturalists, scientists, activists, artists (Andy Warhol, among them), politicians, and breeders who have championed the extraordinary “charismatic raptor"... A rousing tale of a species’ survival.—Kirkus Reviews, starred review

This fascinating and readable work will appeal to fans of the majestic bald eagle and those interested in the natural, cultural, and political history of the United States.—Dave Pugl, Library Journal

Davis' unique look at a bird we all thought we were familiar with is well-researched and chock-full of fascinating historical and nature-oriented vignettes.—Nancy Bent, Booklist
Read More 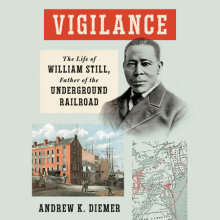