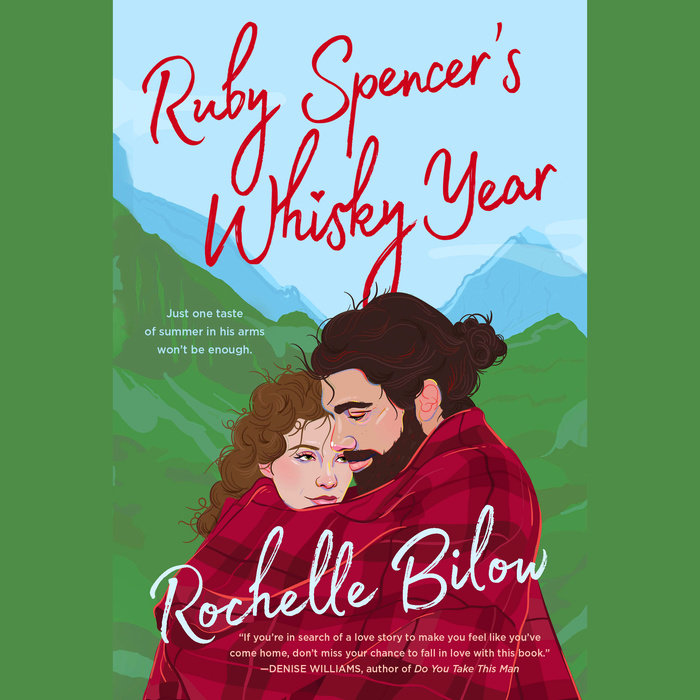 When a thirty-something American food writer moves to a Scottish village for one year to fulfill her dream of writing a cookbook she finds more than inspiration—she meets a handsome Scotsman she can’t resist.

Ruby Spencer is spending one year living in a small cottage in a tiny town in the Scottish Highlands for three reasons: to write a bestselling cookbook, to drink a barrelful of whisky, and to figure out what comes next. It’s hard to know what to expect after an impulse decision based on a map of Scotland in her Manhattan apartment—but she knows it’s high time she had an adventure.

The moment she sets foot in Thistlecross, the verdant scenery, cozy cottages, and struggling local pub steal her heart. Between designing pop-up suppers and conversing with the colorful locals, Ruby starts to see a future that stretches beyond her year of adventure. It doesn’t hurt that Brochan, the ruggedly handsome local handyman, keeps coming around to repair things at her cottage. Though Ruby swore off men, she can’t help fantasizing what a roll in the barley might be like with the bearded Scot.

As Ruby grows closer to Brochan and the tightly held traditions of the charming village, she discovers secret plans to turn her beloved pub into an American chain restaurant. Faced with an impossible choice, Ruby must decide between love, loyalty, and the Highlands way of life.
Read More
"Ruby Spencer's Whisky Year is utterly charming. Rochelle Bilow’s evocative writing made me feel like I was in a cozy Scottish cottage right alongside her irrepressible heroine, swooning over the local food, whisky, and strapping bearded handyman. I finished the book, my heart full and my stomach rumbling, then immediately googled 'plane tickets to Scotland'.”—Laura Hankin, author of A Special Place for Women

"Rochelle Bilow's debut is a transportive delight! The humor and warmth are like a sip of fine single malt, with all the depth and complexity of flavor to make you plan your own escape to Scotland. If you're in search of a love story to make you feel like you've come home, don't miss your chance to fall in love with this book."—Denise Williams, author of Do You Take This Man

"Bilow has written a romance that should be savored slowly, if only to thoroughly appreciate her poetic prose and immersive sense of place....A charming, lyrical debut about love and self-discovery."—Kirkus Reviews

"Bilow’s debut is perfect for readers enamored of Scotland and friends-to-lovers romances."—Booklist