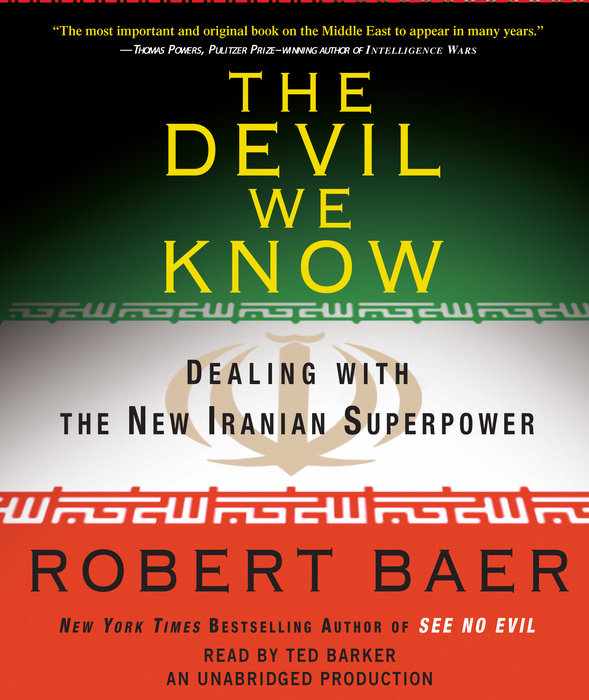 Written by: Robert Baer
Read by: Ted Barker
9 Hours and 48 Minutes Imprint: Random House Audio Genre: History - Middle East - Iran Release Date: September 30, 2008
Over the past thirty years, while the United States has turned either a blind or dismissive eye, Iran has emerged as a nation every bit as capable of altering America’s destiny as traditional superpowers Russia and China. Indeed, one of this book’s central arguments is that, in some ways, Iran’s grip on America’s future is even tighter.

As ex–CIA operative Robert Baer masterfully shows, Iran has maneuvered itself into the elite superpower ranks by exploiting Americans’ false perceptions of what Iran is—by letting us believe it is a country run by scowling religious fanatics, too preoccupied with theocratic jostling and terrorist agendas to strengthen its political and economic foundations.

The reality is much more frightening—and yet contained in the potential catastrophe is an implicit political response that, if we’re bold enough to adopt it, could avert disaster.

Baer’s on-the-ground sleuthing and interviews with key Middle East players—everyone from an Iranian ayatollah to the king of Bahrain to the head of Israel’s internal security—paint a picture of the centuries-old Shia nation that is starkly the opposite of the one normally drawn. For example, Iran’s hate-spouting President Ahmadinejad is by no means the true spokesman for Iranian foreign policy, nor is Iran making it the highest priority to become a nuclear player.

Even so, Baer has discovered that Iran is currently engaged in a soft takeover of the Middle East, that the proxy method of war-making and co-option it perfected with Hezbollah in Lebanon is being exported throughout the region, that Iran now controls a significant portion of Iraq, that it is extending its influence over Jordan and Egypt, that the Arab Emirates and other Gulf States are being pulled into its sphere, and that it will shortly have a firm hold on the world’s oil spigot.

By mixing anecdotes with information gleaned from clandestine sources, Baer superbly demonstrates that Iran, far from being a wild-eyed rogue state, is a rational actor—one skilled in the game of nations and so effective at thwarting perceived Western colonialism that even rival Sunnis relish fighting under its banner.

For U.S. policy makers, the choices have narrowed: either cede the world’s most important energy corridors to a nation that can match us militarily with its asymmetric capabilities (which include the use of suicide bombers)—or deal with the devil we know. We might just find that in allying with Iran, we’ll have increased not just our own security but that of all Middle East nations.The alternative—to continue goading Iran into establishing hegemony over the Muslim world—is too chilling to contemplate.
Read More
“A masterpiece…Baer's brilliant analysis of Sunni versus Shia, Arab versus Iranian, and Christian versus Muslim is shocking, revealing, and provocative.  Baer lifts the veil of Western media hype and challenges the simplistic solutions offered by ‘experts’ whose vision is blurred by the past. Through his knowledge, long-term experience, and ability to assess the changing landscape of this vital region, he not only shatters the foundations of conventional thinking, but also offers a practicable blueprint for turning things around.”
—John Perkins, author of the New York Times bestseller Confessions of an Economic Hit Man

“The most important and original book on the Middle East to appear in many years. Baer’s subject is the growing power of Iran; his goal is ending the pattern of American failure; his message is that we’ve been backing the wrong horse. This is a book McCain and Obama should ponder.”
—Thomas Powers, Pulitzer Prize-winning author of The Man Who Kept the Secrets and Intelligence Wars

"The Devil We Know, Bob Baer has once again peered into the future and has brought back uncomfortable truths that won't satisfy any partisan. But his book does force us to do something that, unfortunately, doesn't come naturally to the chattering classes. Think.”
—James Risen, Pulitzer Prize-winning author of State of War: The Secret History of the CIA and the Bush Administration

“An important text studded with keen insights into a nation about which America remains dangerously misinformed.”
—Kirkus Reviews

“Timely and provocative...adds an important perspective to a crucial international debate.”
—Publishers Weekly 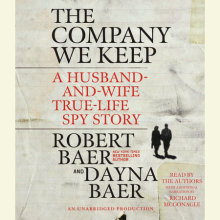 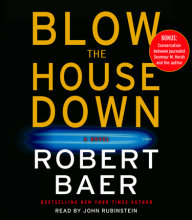 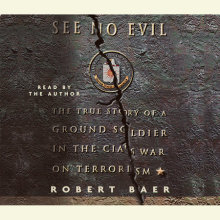 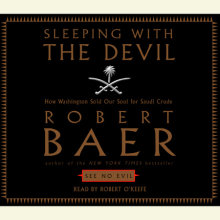