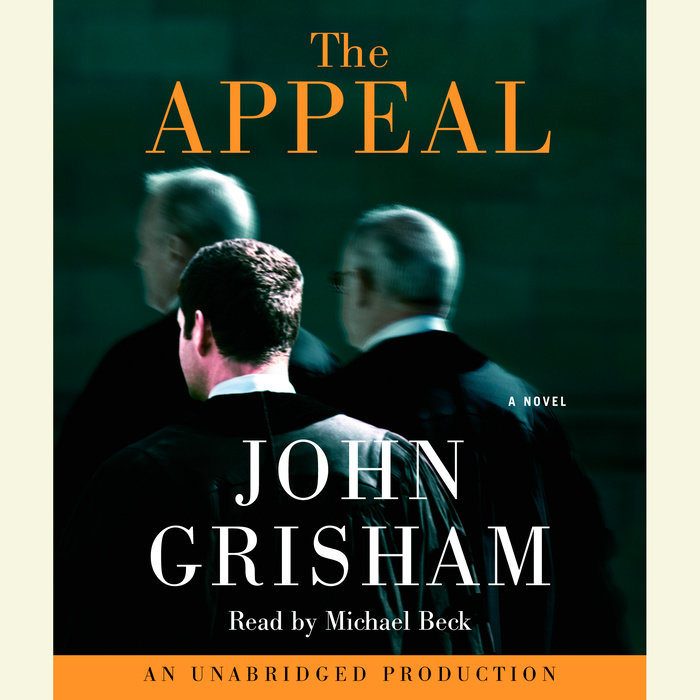 Written by: John Grisham
Read by: Michael Beck
6 Hours and 26 Minutes Imprint: Random House Audio Genre: Fiction - Thrillers - Suspense Release Date: January 29, 2008
The Washington Post "Best Books"
In a crowded courtroom in Mississippi, a jury returns a shocking verdict against a chemical company accused of dumping toxic waste into a small town’s water supply, causing the worst “cancer cluster” in history. The company appeals to the Mississippi Supreme Court, whose nine justices will one day either approve the verdict or reverse it.
Who are the nine? How will they vote? Can one be replaced before the case is ultimately decided?

The chemical company is owned by a Wall Street predator named Carl Trudeau, and Mr. Trudeau is convinced the Court is not friendly enough. With judicial elections looming, he decides to try to purchase himself a seat on the Court. The cost is a few million dollars, a drop in the bucket for a billionaire like Mr. Trudeau. Through an intricate web of conspiracy and deceit, his political operatives recruit a young, unsuspecting candidate. They finance him, manipulate him, market him, and mold him into a potential Supreme Court justice. Their Supreme Court justice.

The Appeal is a powerful, timely, and shocking story of political and legal intrigue, a story that will leave listeners unable to think about our electoral process or judicial system in quite the same way ever again.
Read More
“Building a remarkable degree of suspense…Grisham delivers his savviest book in years. His extended vacation from hard–hitting fiction is over.”—Janet Maslin, The New York Times

“A novel that could become its own era–defining classic. John Grisham holds up that same mirror to our age as Tom Wolfe’s Bonfire of the Vanities.”—The Boston Globe

“Packs a wallop…The timing, in the midst of all the presidential primaries, makes it all the more compelling.”–USA Today

“Fascinating…filled with deadly accurate characterizations by and author who knows both the law and politics from the inside.”–Los Angeles Times

“A clever story and thoughtful plot…Grisham confronts in stark relief the dangers of electing judges in an era of big–money politics.”—Seattle Times–Post Intelligencer
Read More