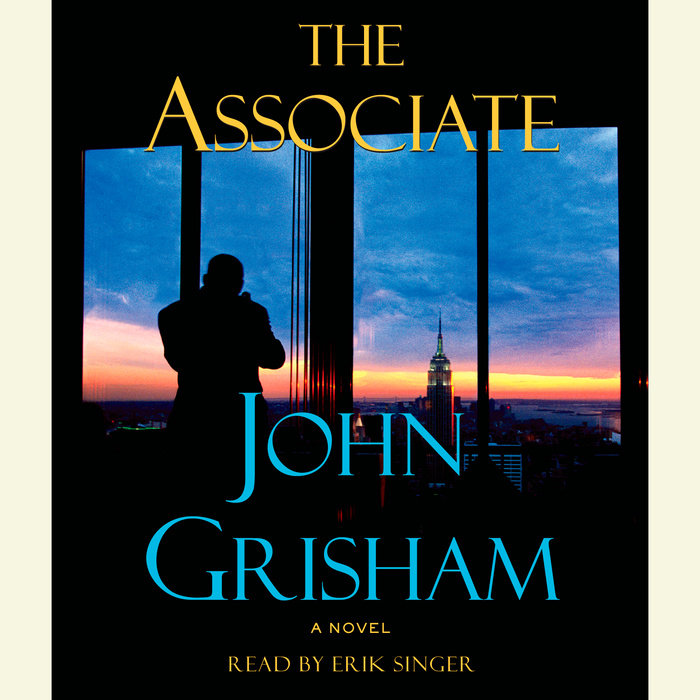 Written by: John Grisham
Read by: Erik Singer
6 Hours Imprint: Random House Audio Genre: Fiction - Thrillers - Suspense Release Date: January 27, 2009
Kyle McAvoy possesses an outstanding legal mind. Good-looking and affable, he has a glittering future. He also has a dark secret that could destroy his dreams, his career, even his life. One night that secret catches up with him. The men who accost Kyle have a compromising video they’ll use to ruin him–unless he does exactly what they say. What they offer Kyle is something any ambitious young lawyer would kill for: a job in Manhattan as an associate at the world’s largest law firm. If Kyle accepts, he’ll be on the fast track to partnership and a fortune. But there’s a catch. Kyle won’t be working for the firm but against it in a dispute between two powerful defense contractors worth billions. Now Kyle is caught between the criminal forces manipulating him, the FBI, and his own law firm–in a malignant conspiracy not even Kyle with all his intellect, cunning, and bravery may be able to escape alive.
Read More
“GRISHAM HAS A FIELD DAY…The Associate grabs the reader quickly and becomes impossible to put down.” —Janet Maslin, The New York Times

“Grisham makes it easy for us to keep flipping the pages…A DEVASTATING PORTRAIT OF THE BIG-TIME, BIG-BUCKS LEGAL WORLD.” —Patrick Anderson, The Washington Post

“Throughout, Grisham unwinds the spool of his narrative at a MASTERFUL, page-turning pace that pulls readers in and keeps them wanting more…The Associate is an absorbing thriller that's A FITTING FOLLOW-UP TO THE FIRM.” —The Boston Globe

“COMPULSIVELY READABLE…You're peering into a secret world of power and money. What more could you or any red-blooded American ask for?” —Time magazine

“A PAGE-TURNER…Kyle McAvoy recalls Mitch McDeere from Grisham's breakout novel The Firm. He's young, idealistic, handsome, a little too cocky for his own good, but a brilliant lawyer who gets pulled in over his head and given an education in how the world really works.” —The Los Angeles Times
Read More