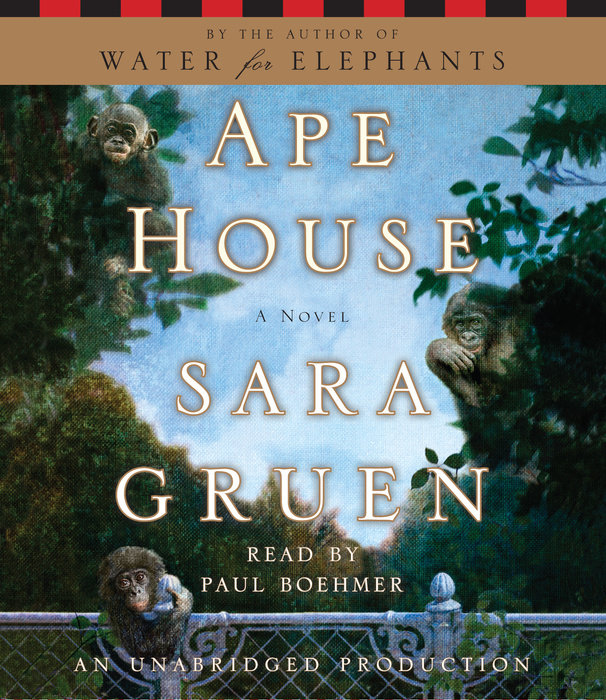 Sam, Bonzi, Lola, Mbongo, Jelani, and Makena are no ordinary apes. These bonobos, like others of their species, are capable of reason and carrying on deep relationships—but unlike most bonobos, they also know American Sign Language.

Isabel Duncan, a scientist at the Great Ape Language Lab, doesn’t understand people, but animals she gets—especially the bonobos. Isabel feels more comfortable in their world than she’s ever felt among humans . . . until she meets John Thigpen, a very married reporter who braves the ever-present animal rights protesters outside the lab to see what’s really going on inside.

When an explosion rocks the lab, severely injuring Isabel and “liberating” the apes, John’s human interest piece turns into the story of a lifetime, one he’ll risk his career and his marriage to follow. Then a reality TV show featuring the missing apes debuts under mysterious circumstances, and it immediately becomes the biggest—and unlikeliest—phenomenon in the history of modern media. Millions of fans are glued to their screens watching the apes order greasy take-out, have generous amounts of sex, and sign for Isabel to come get them. Now, to save her family of apes from this parody of human life, Isabel must connect with her own kind, including John, a green-haired vegan, and a retired porn star with her own agenda.

Ape House delivers great entertainment, but it also opens the animal world to us in ways few novels have done, securing Sara Gruen’s place as a master storyteller who allows us to see ourselves as we never have before.

“Propulsive...Gruen writes with the commercial breathlessness of a cozier Dan Brown.”—Entertainment Weekly

“Gruen delivers a tale that’s full of heart, hope, and compelling questions about who we really are.”—Redbook

“Animal lovers, gather ‘round...[Ape House] is much better [than Water for Elephants]—funny because of some weird characters and circumstances that make life difficult for our intrepid reporter, and at the same time, compelling because those apes put to shame our beloved Homo sapiens.”—Newark Star Ledger

“Gruen is clearly enjoying herself here. It is fun...the conceit of a household of language-­endowed apes as the ne plus ultra of reality TV — leering humans greedy for profits and naughty thrills...apes who are at once innocent and more compassionate and dignified than the producers and the viewers — is terrific: an incisive piece of social commentary.”—New York Times Book Review

“Gruen has a knack for pacing and for creating distinctive animal characters. Scenes involving the bonobos are winsome without being sappy, and the reader comes to share Isabel’s concern for the animals.”—Boston Globe

"Has the dramatic tension of a crime thriller...Twists and turns, lies, and treachery abound in this funny, clever, and perceptive story."—Library Journal (Starred review)

"Sara Gruen knows things—she knows them in her mind and in her heart. And, out of what she knows, she has created a true thriller that is addictive from its opening sentence. Devour it to find out what happens next, but also to learn remarkable and moving things about life on this planet. Very, very few novels can change the way you look at the world around you. This one does."—Robert Goolrick, author of A Reliable Wife

"I read Ape House in one joyous breath. Ever an advocate for animals, Gruen brings them to life with the passion of a novelist and the accuracy of a scientist. She has already done more for bonobos than I could do in a lifetime. The novel is immaculately researched and lovingly crafted. If people fall in love with our forgotten, fascinating, endangered relative, it will be because of Ape House."—Vanessa Woods, author of Bonobo Handshake 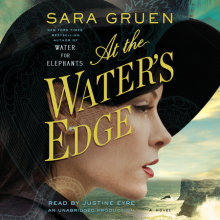