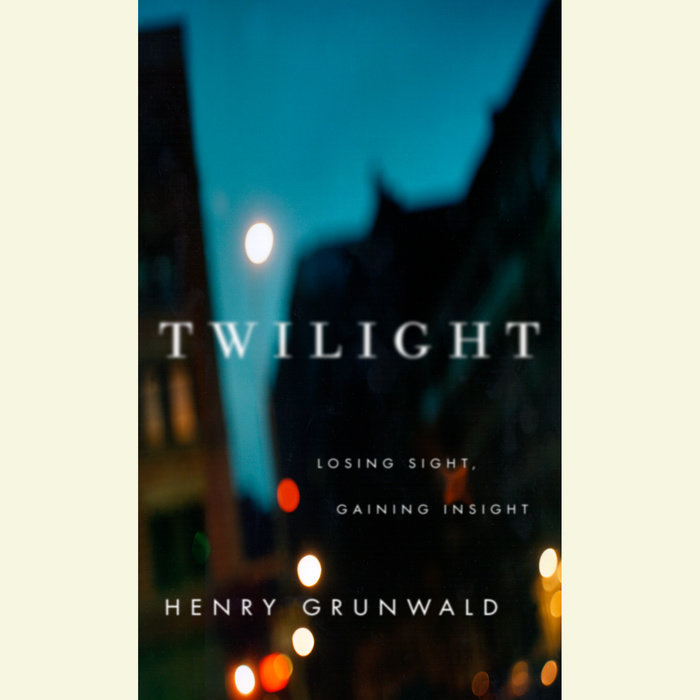 Written by: Henry Grunwald
Read by: Arthur Morey
Foreword by: Mark G. Ackermann
2 Hours and 57 Minutes Imprint: Random House Audio Genre: Biography & Autobiography - Personal Memoirs Release Date: September 25, 2012
In 1992, when Henry Grunwald missed a glass into which he was pouring water, he assumed that he needed new eyeglasses, not that the incident was a harbinger of darker times. But in fact Grunwald was entering the early stages of macular degeneration -- a gradual loss of sight that affects almost 15 million Americans yet remains poorly understood and is, so far, incurable. Now, in Twilight, Grunwald chronicles his experience of disability: the clouding of his sight, and the daily struggle to overcome its physical and psychological implications; the discovery of what medicine can and cannot do to restore sight; his compulsion to understand how the eye works, its evolution, and its symbolic meaning in culture and art.

Grunwald gives us an autobiography of the eye -- his visual awakening as a child and young man, and again as an older man who, facing the loss of sight, feels a growing wonder at the most ordinary acts of seeing. This is a story not merely about seeing but about living; not merely about losing sight but about gaining insight. It is a remarkable meditation.
Read More
Advance praise for Twilight:

"Twilight is an elegant meditation on the very nature of eyesight, and the private struggle with its dissipation--the condition known inelegantly as macular degeneration, but in Henry Grunwald's astute and affecting prose, nothing less than a journey toward a kind of enlightenment." --Ward Just

"Henry Grunwald has more than enough vision left to give us insight into the mysteries of the human eye--and the human condition. Twilight is a clear-sighted reminder to see all there is to see."--Katharine Graham

"Twilight is wise and original, on one level a riveting, very down-to-earth account of the author's struggle with macular degeneration, on another a work of the imagination--a gifted writer flying high, letting his curiosity and artistry take him and the reader into strange and unexpected places." --Mary Ellin Barrett

"I was deeply moved by Henry Grunwald's candor and courage in dealing with macular degeneration, the diminishment of his sight, both emotionally and physically." --Dominick Dunne

"Henry Grunwald has written a beautiful, inspiring book; the real beauty of life is not seen with the eyes alone." --Beverly Sills

"This sensitive and so beautifully written book is indeed an eye-opener to the glories of the world around us."  --Barbara Walters
Read More