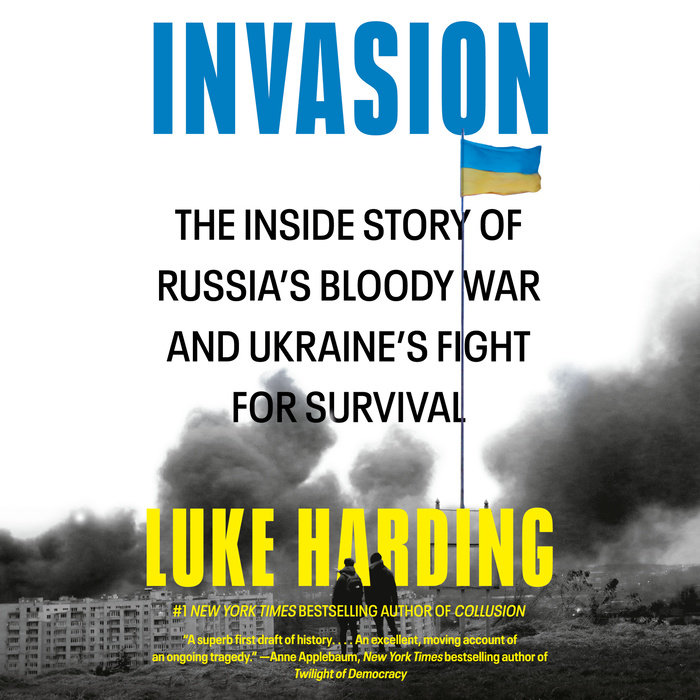 In a damning, inspiring, and breathtaking narrative of what is likely to be a turning point for Europe—and the world—Guardian correspondent and New York Times bestselling author Luke Harding reports firsthand on the Russian invasion of Ukraine. When, just before dawn on February 24, 2022, Vladimir Putin launched a series of brutal attacks, Harding was there, on the ground in Kyiv. But this senseless violence was met with astounding resilience—from, among others, the country’s embattled president, Volodymyr Zelenskiy—and the courage of a people preparedi to risk everything to preserve their nation’s freedom.

Here are piercing portraits of the leaders on both sides of this monumental struggle, a haunting depiction of the atrocities in Bucha and elsewhere, and an intimate glimpse into the ordinary lives being impacted by the biggest conflict in Europe since the Second World War. Harding captures this crucial moment in history with candor, insight, and an unwavering focus on the human stories that lie at its heart.
Read More
“Harding is uniquely qualified to tell this story. . . . He’s a gifted storyteller, and his moment-by-moment reconstructions of the events in Bucha, and of the last stand of Mariupol’s Azovstal steel plant, stand out. . . . For all that Harding is inspired—as his readers probably will be, too—by the stories of Ukrainian resistance he tells, he never loses sight of the sickening tragedy that makes the sacrifices necessary.”
—Joshua Keating, The Washington Post

“Harding’s new book, Invasion, chronicles the war and his experiences covering it, and analyzes the politics, strategies, and delusions behind it.”
—NPR’s Fresh Air

“Gripping and often moving, the book is primarily journalistic but goes beyond mere reportage as Mr. Harding draws on his knowledge of the region and a background.”
—The Wall Street Journal

“Luke Harding has once again written a superb first draft of history, this time of the Ukrainian war. An excellent, moving account of an ongoing tragedy.”
—Anne Applebaum, New York Times bestselling author of Twilight of Democracy

“The definitive story of Russia’s invasion of Ukraine, based on extensive reporting from the frontline. Luke Harding is an excellent writer and witness who deftly tells the moving human stories of victims in this terrible war. He also explains to us why Putin embarked on this foolhardy invasion.”
—Bill Browder, New York Times bestselling author of Red Notice and Freezing Order

“Compelling, important, and heartbreaking with all the urgency and immediacy of outstanding war reportage, here is the Russian invasion of Ukraine minute by minute, political and personal, from the cabinets of power to the streets and apartments of ordinary Ukrainians by a master reporter and analyst.”
—Simon Sebag Montefiore, New York Times bestselling author of The Romanovs

“[Harding] rightly places the Ukrainian people at the heart of this saga. He describes, in elegant and compelling prose, not just the brutality of war, but also the tenacity, resilience, bravery and humour of the Ukrainian people. Invasion will become an important part of the historical record. . . . It is extremely well written, a fast read, and offers an excellent balance between personal encounters and the broader sequence of events. Whatever the eventual outcome, in so many ways, as Harding reminds us, the Ukrainians have already won.”
—Financial Times

“Journalism, it has been said for the last 80 years, is the first rough draft of history. Harding’s account is a very good first historical draft. And it’s really not so rough. His judgments will last.”
—Michael Clarke, The Guardian

“[An] elegantly written, deeply researched and, most of all, lived history. Harding was there.”
—Lyse Doucet, The Observer

“Harding . . . writes from the front lines and centers of power, expertly switching focus from the currents of history to lives destroyed by war.”
—The Irish Times

“Eye-opening. . . . Harding demonstrates considerable bravery. . . . [His] foreign policy analysis is clear and sensible. . . . Perhaps the book’s greatest achievement is to show what various parts of Ukraine looked like in the midst of the war and how Ukrainians were thinking.”
—Kyiv Post

“Harding tells the story of the build-up to that invasion and the remarkable resistance it prompted—always from close to the front line, with a good eye for politics in Moscow and Washington, Berlin and Brussels. . . . As first drafts of history go, this is as definitive as they come.”
—New Statesman

“Comprehensive and riveting. . . . Enriched by Harding’s deep knowledge of the region and impressive access, this is a valuable report on an ongoing geopolitical crisis.”
—Publishers Weekly

"Brilliant. . . . Harding is one of the best experts on Putin's Russia. Invasion reads like an exciting military-political thriller, but all its characters and events are true."
—Andrey Kurkov, author of Grey Bees

"Luke Harding yet again provides unique insight into his chosen topic, this time the invasion of Ukraine by Russia, providing a stirring account of the build up to the invasion and the invasion itself. Essential reading for those who want to understand the most important conflict of the 21st Century."
—Eliot Higgins, founder of Bellingcat
Read More 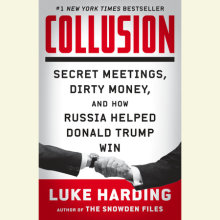