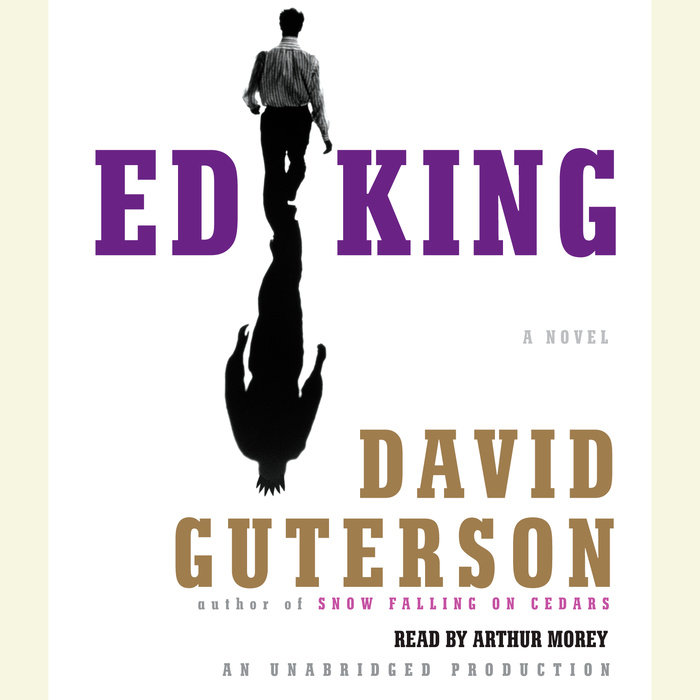 In Seattle in 1962, Walter Cousins, a mild-mannered actuary—“a guy who weighs risk for a living”—takes a risk of his own, and makes the biggest error of his life. He sleeps with Diane Burroughs, the sexy, not-quite-legal British au pair who’s taking care of his children for the summer. Diane gets pregnant and leaves their baby on a doorstep, but not before turning the tables on Walter and setting in motion a tragedy of epic proportions. Their orphaned child, adopted by an adoring family and named Edward Aaron King, grows up to become a billionaire Internet tycoon and an international celebrity—the “King of Search”—who unknowingly, but inexorably, hurtles through life toward a fate he may have no power to shape.

An instant classic—David Guterson’s most daring and dazzling novel yet—that brings a contemporary urgency to one of the greatest stories of all time.


Grateful acknowledgment is made to the following for permission to reprint previously published material:


Killer Queen
Words and Music by Freddie Mercury
© 1974 (Renewed 2002) QUEEN MUSIC LTD.
All Rights for the U.S. and Canada Controlled and Administered by GLENWOOD MUSIC CORP.
All Rights for the world excluding the U.S. and Canada Controlled and Administered by EMI MUSIC PUBLISHING LIMITED.
All Rights Reserved   International Copyright Secured   Used by Permission
Reprinted by permission of Hal Leonard Corporation
Read More
“Guterson . . . retells one of the oldest stories we know in a way that makes you hang on every twist and turn. You know where you’re going, but the trip is such a literary sightseer’s delight that you still enjoy every minute of it. . . . Even as you know your final destination, the route Guterson uses will keep you entertained the whole way. The way he makes Ed-ipus finally see, peeling the layers back one at a time, is ingenious. Guterson is one of America’s most talented novelists. This time, he has taken on a daunting task and succeeded. . . . [Ed King] should add to Guterson’s already glittering reputation.”
—Howard Owen, Fredericksburg.com

“Sweeping. . . Ed King, a reimagination of Sophocles’ ‘Oedipus Rex,’ the Greek tale of patricide and incest,  is grounded in spot-on morality tales of exceedingly normal people who are doing their best to struggle through their middle- and upper-middle-class existence. . . . We meet the characters of Ed King in ensemble fashion. While their stories—and the bonds that connect them—are the stuff of sometimes far-fetched fiction, their personalities and behavior are all too believable. These are people more or less just like us. . . . Guterson clearly has made his bet on nature, not nurture. What’s bred in the bone guides each character in this well-told tale. [Guterson’s] portraits of humanity are real, and exceedingly enjoyable to read.”
—Adam Lashinsky, The San Francisco Chronicle

“It takes a lot of nerve and perhaps a special brand of madness to take on the classics, and it doesn’t get more classic than the ancient Greek tragedies . . . especially when the play in question happens to be Sophocles’ magnum opus Oedipus the King. Yet with his latest novel, Ed King, author David Guterson does what many might consider the unthinkable: brings Oedipus into the modern age. . . . It would be a shame to ruin all the twists and turns that Oedipus/Ed—who in Guterson’s version becomes a celebrity billionaire through the power of the Internet—faces on his journey. Even for those who are well versed in Sophocles, Ed King is filled with plenty of surprises and sly homage to the original (as well as a few other Greek myths), and half the fun here is reveling in the sheer cheekiness of the narrative. Ed King is not a new story, yet Guterson has managed to infuse this novel with feelings of freshness, relevance and even believability that are sure to delight 21st-century readers. A special pleasure will be experienced by those who can appreciate how the old elements have been modernized. Oedipus may not have been Guterson’s to begin with, but by the end, readers will have no doubts that Ed King is a creation entirely his own.”
—Stephanie Harrison, BookPage

“The Greek gods ran a pitiless universe. David Guterson's brilliant new novel, Ed King, mirrors that world, but it sets the wheels in motion in 1960s Seattle, as it follows the city's transformation from a sleepy, self-satisfied city to a 21st-century tech powerhouse. Ambition and desire drive the plot (it must be said that there is a whole lot of sex in this book) along with the fundamental irony that the road to hell is often paved with good intentions. . . . Ed King is compulsively readable and witheringly funny. Guterson's narrative voice—by turns savage and sad, amused and outraged—becomes a kind of Greek chorus of one. From the self-reverential blather of liberals to the gaming industry's nihilistic love of violence to the winner-take-all world of software and search engines, Guterson skewers it all, as he tracks Ed's ascendancy to the top of the tech world as the ‘King of Search.’ He interweaves the story with enough mythological references to keep even the most ardent classicist entertained. The technological titans of Ed King, walled off in their estates and kingdoms, and privy to the best life that money can buy, strive and strain with little thought to where all their efforts might be headed. It forces the thought: what have all the technological achievements of Microsoft, Amazon, Apple wrought, when it comes to changing certain fundamental certainties of human nature? Ed believes the sky is the limit. Will [he] cheat death? Will he dodge the bullet of fate? In the world of Ed King, what brings the all-powerful ‘King of Search’ to his final reckoning will keep the reader enthralled until the final page of this transcendently dark and dazzling book.”
—Mary Ann Gwinn, The Seattle Times

“For a while after I finished Ed King, I wondered: With cheap, easy, 24-hour access to humanity's weirdest, creepiest, freakiest behavior, do we need a reboot of the Oedipus myth? Guterson persuasively argues that the answer is yes. While his latest novel is indeed full of sex, Ed King stands at polar opposite to the sad line-crossings of pornography. Guterson has trucked with Ovid and Homer and dear old Mr. Sophocles to merrily smash taboos like crockery and bring into the 21st century the old story of a man who kills his father, marries his mother and becomes a god. Ed King is dense with Guterson’s customary needle-sharp prose. Guterson even drove me to my Bullfinch's to track the allusions to his sources. Those old stories survived millennia because they tell us about the human condition. Brave writers like Guterson can renew them to observe that some things are taboo for good reason; go ahead and break them, but there's no avoiding the consequences.”
—Anne Saker, Oregon Live

“In his daring novel, David Guterson reimagines Oedipus Rex in contemporary America. Unlike Oedipus in the original Greek drama, Ed is not royalty per se but the contemporary equivalent: a billionaire tech titan, ‘the King of Search.’  Born of a fling of a married man and a much-younger British au pair, baby Ed is left on a stranger’s doorstep and soon adopted. Ed grows up handsome, intellectually gifted, and powered by a relentless self-confidence. The narrative runs briskly through decades and multiple points of view as Guterson carves a wry edge into Sophocles’s tragedy about an abandoned baby who grows up to kill his father and marry his mother.  When [Ed and his mother] meet by chance, the attraction is immediate and the implications horrifying, though not to the lustily oblivious couple. Guterson keeps the novel winningly good-natured and almost farcical, all the better to teach timeless lessons about hubris, ambition, and the consequences of long-ago sins.”
—Karen Holt, O Magazine

“[In this] tale of mythic proportions. . . . readers watch in horror as three disparate lives hurtle toward their fate in this reimagining of the Oedipus myth. . . . [Guterson’s] fans will likely clamor for this.”
—Sally Bissell, Library Journal

“A retelling of Oedipus Rex for the information age [that is] more comedy than tragedy. Guterson maintains an enjoyably sharp edge to his humor that will keep readers hooked.”
—Kirkus Review

“How would a modern man go about killing his father and marrying his mother, just like Sophocles’ Oedipus? Guterson’s vivid recreation . . . is a study in outsized avarice and arrogance. Exuberantly rambunctious, Guterson’s bold pondering of the Greek classic is a fiendishly tantalizing romp.”
—Carol Haggas, Booklist, starred review 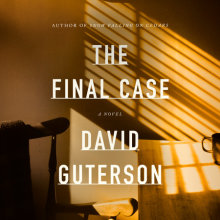 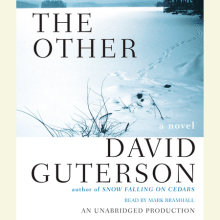 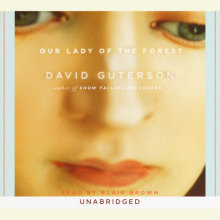 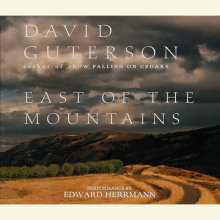