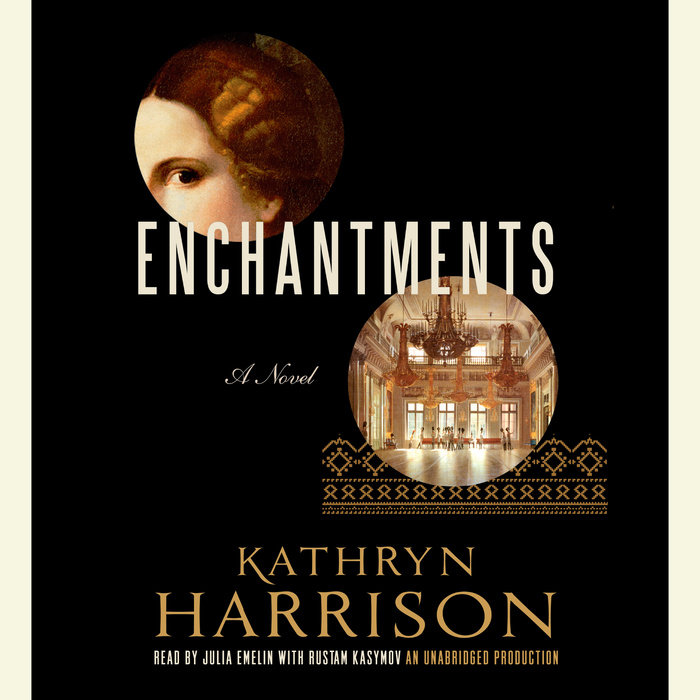 From Kathryn Harrison, one of America’s most admired literary voices, comes a gorgeously written, enthralling novel set in the final days of Russia’s Romanov Empire.

St. Petersburg, 1917. After Rasputin’s body is pulled from the icy waters of the Neva River, his eighteen-year-old daughter, Masha, is sent to live at the imperial palace with Tsar Nikolay and his family—including the headstrong Prince Alyosha. Desperately hoping that Masha has inherited Rasputin’s miraculous healing powers, Tsarina Alexandra asks her to tend to Aloysha, who suffers from hemophilia, a blood disease that keeps the boy confined to his sickbed, lest a simple scrape or bump prove fatal.

Two months after Masha arrives at the palace, the tsar is forced to abdicate, and Bolsheviks place the royal family under house arrest. As Russia descends into civil war, Masha and Alyosha grieve the loss of their former lives, finding solace in each other’s company. To escape the confinement of the palace, they tell stories—some embellished and some entirely imagined—about Nikolay and Alexandra’s courtship, Rasputin’s many exploits, and the wild and wonderful country on the brink of an irrevocable transformation. In the worlds of their imagination, the weak become strong, legend becomes fact, and a future that will never come to pass feels close at hand.

Mesmerizing, haunting, and told in Kathryn Harrison’s signature crystalline prose, Enchantments is a love story about two people who come together as everything around them is falling apart.
Read More

“[A] splendid and surprising book....Kathryn Harrison has given us something enduring – the last romantic figure of the [Romanov] era, a whip-cracking circus girl who was once an intimate part of a dying empire.”
--New York Times Book Review

“Part love story, part history, this novel is a tour de force....[told] in language that soars and sears.”
--More

“Kathryn Harrison triumphantly returns to her historical fiction roots with Enchantments, the sweeping (and wholly imagined) story of love between two unlikely allies....Harrison takes a particular moment in time and brings it to stunning life....re-imagining history—and a love story—in a completely new way.”
--Bookpage

“A surreal tale fueled by a legendarily randy real-life healer and his lion-taming daughter....A scrupulously researched retelling of the fiery end of Russia….Most of all, Enchantments is about the irreducible mysteries of human motivation.”
--Elle

"A sumptuous, atmospheric account of the last days of the Romanovs from the perspective of Rasputin’s daughter, Enchantments animates a kaleidoscopic breadth of historical detail with the sensuous, transporting prose that is Kathryn Harrison’s trademark."
--JENNIFER EGAN, author of A Visit From the Goon Squad

“Ask yourself who, in all the world, would be the best novelist to imagine being Rasputin’s daughter. Kathryn Harrison makes the answer obvious. Her Enchantments is a stupendous work of historical imagination.”
—PETER CAREY, author of Parrot and Olivier in America

“Kathryn Harrison locates within the crevices of history moments of poetry and passion that electrify the reader. In Enchantments, Ms. Harrison takes us on a magic carpet ride to Russia one hundred years ago, and with perfect grace, impeccable style, and great narrative flair, she gives us a whole wounded world that is for the course of this utterly compelling novel as real as our own lives. Actually: more.”
—SCOTT SPENCER, author of Man in the Woods and Endless Love

“Enchantments is wonderful: fascinating, informative, historically persuasive, and full of sympathy and tenderness for its endearing characters. This is Kathryn Harrison at her lyrical best.”
—RON HANSEN, author of A Wild Surge of Guilty Passion

"[A] bewitching historical novel about the infamous demise of a legendary dynasty....Harrison sets historic facts like jewels in this intricately fashioned work of exalted empathy and imagination, a literary Fabergé egg....[A] dazzling return to historical fiction”
—Booklist (starred review) 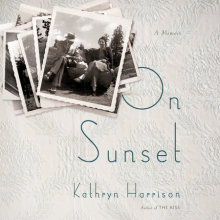 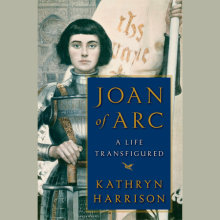 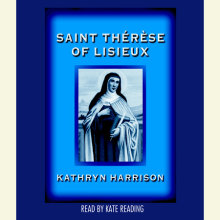