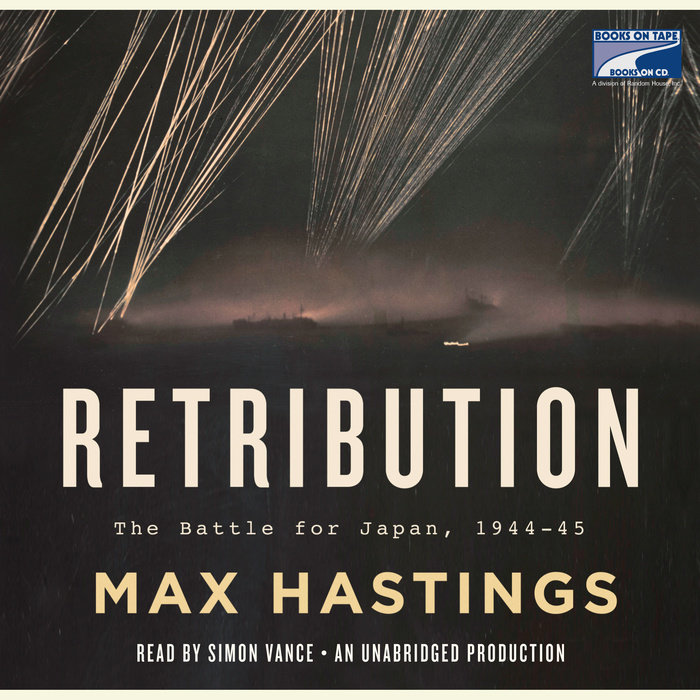 Written by: Max Hastings
Read by: Simon Vance
27 Hours and 40 Minutes Imprint: Random House Audio Genre: History - Wars & Conflicts - World War II - General Release Date: March 18, 2008
In his critically acclaimed Armageddon, Hastings detailed the last twelve months of the struggle for Germany. Here, in what can be considered a companion volume, he covers the horrific story of the war against Japan.

By the summer of 1944 it was clear that Japan’s defeat was inevitable, but how the drive to victory would be achieved remained to be seen. The ensuing drama–that ended in Japan’s utter devastation–was acted out across the vast stage of Asia. In recounting the saga of this time and place, Max Hastings gives us incisive portraits of the theater’s key figures–MacArthur, Nimitz, Mountbatten, Chiang Kai-shek, Mao, Roosevelt, Churchill, and Stalin. But he is equally adept in his portrayals of the ordinary soldiers and sailors–American, British, Russian, Chinese, and Japanese–caught in some of the war’s bloodiest campaigns.

With unprecedented insight, Hastings discusses Japan’s war against China, now all but forgotten in the West, MacArthur’s follies in the Philippines, the Marines at Iwo Jima and Okinawa, and the Soviet blitzkrieg in Manchuria. He analyzes the decision-making process that led to the bombing of Hiroshima and Nagasaki–which, he convincingly argues, ultimately saved lives. Finally, he delves into the Japanese wartime mind-set, which caused an otherwise civilized society to carry out atrocities that haunt the nation to this day. RETRIBUTION is a brilliant telling of an epic conflict from a master military historian at the height of his powers.
Read More
"Hastings is a military historian in the grand tradition . . . He is equally adept at analyzing the broad sweep of strategy and creating thrilling set pieces that put the reader in the cockpit of a fighter plane or the conning tower of a submarine."
--Evan Thomas, The New York Times Book Review

"Compelling . . . To the broad sweep of military events Mr. Hastings adds myriad human stories . . . and he does not hesitate to offer his own keen analysis along the way."
--Peter R. Kann, The Wall Street Journal

"The great merit of Max Hastings's many books on war is his skill at bringing the numbers, as it were, down to earth. Through the imaginative power of his writing, we get an inkling . . . of what it must have been like to slog one's way up a cliff at Iwo Jima, or be firebombed in Tokyo."
--Ian Buruma, New York Review of Books

"Hastings has another winner . . . This book is first-rate popular history, stiffened with a strongly stated point of view . . . A close-up and personal look at war as it affected real people, and how it felt to them at the time."--Harry Levins, St. Louis Post-Dispatch

"[A] masterful interpretive narrative . . . Hastings is both comprehensive and finely acute."
--Booklist

"Spectacular . . . Searingly powerful. Hastings makes important points about the war in the East that have been all too rarely heard."
--Andrew Roberts, The Sunday Telegraph

"A triumph . . . The key to the book's success lies not in its accessibility, nor in its vivid portraits of the key figures in the drama--although it has both--but in something else entirely: the author's supremely confident ambition."
--Laurence Rees, The Sunday Times

"Extraordinary . . . Anyone who believes that we're all living through a uniquely troubled time should read this . . . book."
--Georgie Rose, The Sunday Herald

"This is a book not only for military history buffs but for anyone who wants to understand what happened in half the world during one of the bloodiest periods of the blood-soaked 20th century."
--The Spectator

"Highly readable . . . An admirably balanced re-examination of the last phases of a conflict that it is not fashionable to remember."
--Dan van der Vat, The Guardian

"Engrossing . . . Its originality lies in the meticulousness of the author's research and the amazing witnesses he has found."
--Murray Sayle, The Evening Standard

"Hastings is . . . a master of the sort of detail that illuminates the human cost. It is the way he leaps so adeptly to and fro between the vast panorama and the tiny snapshot pictures that makes him such a readable historian."--Mail on Sunday 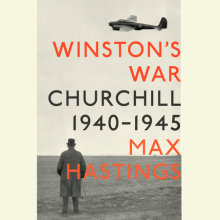