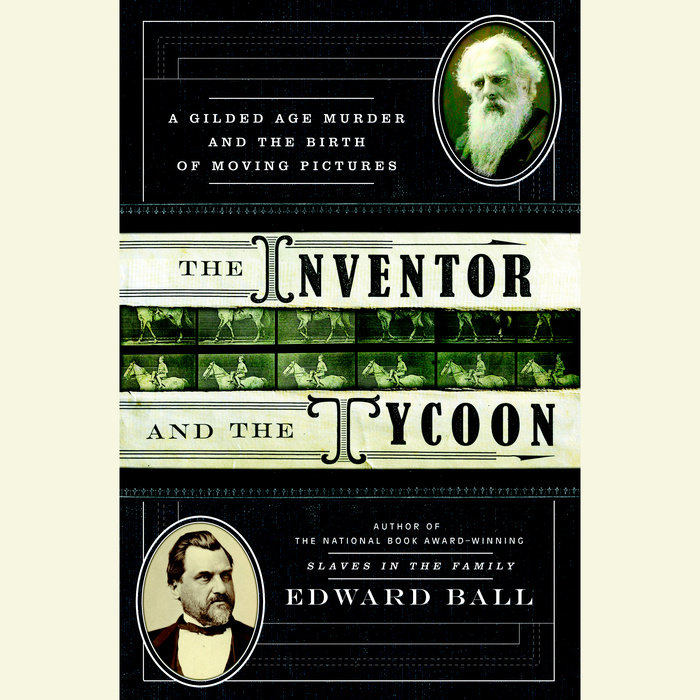 From the National Book Award-winning author of Slaves in the Family, a riveting true life/true crime narrative of the partnership between the murderer who invented the movies and the robber baron who built the railroads.

One hundred and thirty years ago Eadweard Muybridge invented stop-motion photography, anticipating and making possible motion pictures. He was the first to capture time and play it back for an audience, giving birth to visual media and screen entertainments of all kinds. Yet the artist and inventor Muybridge was also a murderer who killed coolly and meticulously, and his trial is one of the early instances of a media sensation. His patron was railroad tycoon (and former California governor) Leland Stanford, whose particular obsession was whether four hooves of a running horse ever left the ground at once. Stanford hired Muybridge and his camera to answer that question. And between them, the murderer and the railroad mogul launched the age of visual media.

Set in California during its frontier decades, The Tycoon and the Inventor interweaves Muybridge's quest to unlock the secrets of motion through photography, an obsessive murder plot, and the peculiar partnership of an eccentric inventor and a driven entrepreneur. A tale from the great American West, this popular history unspools a story of passion, wealth, and sinister ingenuity.
Read More
Praise for The Inventor and the Tycoon:


“Engrossing…. Genius, it seems, is almost always accompanied by eccentricity, if not madness. Those rare instances of genuine brilliance that we find scattered throughout history often appear to have come at great cost to the minds that produced them. The work of Eadweard Muybridge is no exception.  While Muybridge’s photographs are widely known, his personal life has been largely neglected, which seems incredible now that, in Edward Ball’s The Inventor and the Tycoon , we have the whole fascinating story, full of strange and surprising details.  Although Muybridge was a chameleon-like figure throughout his life, Ball uses exhaustive research and vivid details to pin him down so we can have a good look at him.”
—Candice Millard, New York Times Book Review


"Amusing and informative.... [The] two lead characters were clearly enough of a literary beguilement for the author to embark with enthusiasm on this project. What lifts The Inventor and the Tycoon...is that both of the principals can lay claim to achievements of national, and one might even say global, significance.... Mr. Ball details the story of the two men's long association with sympathy and flair."
—Simon Winchester, Wall Street Journal


"Fascinating…rich in history.  For author Edward Ball, winner of the National Book Award for Slaves in the Family, Muybridge's projections were the beginnings of the media culture that holds us in thrall today.”
—Matthew Price, Newsday


“Engaging…This story has all the elements of a fascinating HBO drama — wealth, greed, sex, adultery, genius, betrayal, murder, scandal and tragedy. At the center of Edward Ball's compelling yet complicated biographical saga of two formidable men during The Gilded Age of late 19th-century California is an unlikely alliance of invention whose peculiar tale is vividly telling of the place and times."
—Don Oldenburg, USA Today


“[A] remarkable story of the alliance between the eccentric inventor of the motion picture and the mogul who built the nation’s rails. It is a story that, for all its whirling parts and divagations, tells us a great deal about the crossroads of money and art in America.  What is most interesting about this book is the making of an astonishing artist, the marvelous photographs that attest to his genius, the rousing good yarn at the nexus of industry and art.”
—Marie Arana, Washington Post


“Superb…. Ball is an expert himself in kidnapping time and bringing dead men and women back to life.  On the surface, Leland Stanford and Eadweard Muybridge were an odd couple. Set securely in the context of the culture of the Gilded Age, The Inventor and the Tycoon provides a beautifully written account of the collaboration of these two ambitious, contentious and ultimately incompatible men.”
—Glenn C. Altschuler, San Francisco Chronicle


“In The Inventor and the Tycoon , Ball, author of the National Book Award-winning Slaves in the Family, has brilliantly fused the stories of two larger-than-life figures into a single glittering object: part social-cultural history, part melodrama, part chronicle of American self-invention.  one gallops through this book with undiminished ardor [and] Ball carefully sculpts prose of bright exuberance.”
—Dan Cryer, Boston Globe


“Fascinating…Ball's The Inventor and the Tycoon [is] a beefy and rambunctious history that is both a Victorian-age saga and true crime mystery, complete with a court trial that suggests the current-day obsession with celebrities gone bad. Inventor dwell[s] in a similar sinister underbelly as Erik Larson's The Devil in the White City."
—Mark Guarino, Chicago Tribune


“Sprawling and richly detailed…reads like a Hollywood-style thriller. The Inventor and the Tycoon tells the story of how wealthy mogul Leland Stanford and photographic wizard Edward Muybridge joined forces to create the moving picture, the technology that now dominates our image-flooded age.  This nonfiction book, which reads like a Hollywood-style thriller, is set mainly in the City by the Bay, with a raucous history of westward railroad expansion (with Stanford as lead) thrown in for added depth. Fans of both early photography and the history of the West will be rewarded by the story Ball weaves together.”
—Tyrone Beason, Seattle Times


“Ball tells this interesting tale of invention and mayhem in The Inventor and the Tycoon. Ball’s book pairs the stories of Muybridge, gifted photographer and one of the founders of motion pictures, and Stanford, creator of the Central Pacific Railroad and the university that still bears his name.  Detailed and thoroughly researched, The Inventor and the Tycoon is at its best describing the milieu of a frontier world where ordinary men like Leland Stanford could amass great fortunes, and where Edward Muybridge could find what genius he possessed (and evade justice in the process).”
—Tim Brady, Minneapolis Star Tribune


“The Inventor and the Tycoon involves capitalism, money, murder, trains, horse racing , photography and the beginning of moving pictures. Ball has infused the famous and the infamous into a story so large it might as well be fiction.”
—Seattle Post-Intelligencer


“The Inventor and the Tycoon  displays Ball’s particular ability to mine history and create a compelling narrative that includes larger-than-life characters and reveals something about our inheritance.”
—Adam Parker, Charleston Post & Courier


"National Book Award winner Ball (Writing/Yale Univ.; The Genetic Strand: Exploring a Family History Through DNA, 2007, etc.) returns with a complex story about railroad tycoon Leland Stanford and the murdering man who for a time was his protégé, pioneering photographer Eadweard Muybridge.... A skillfully written tale of technology and wealth, celebrity and murder and the nativity of today’s dominant art and entertainment medium.”—Kirkus 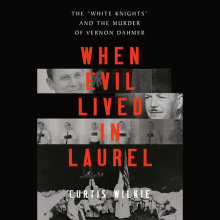