Written by: Dalai Lama
Read by: Richard Gere
5 Hours and 57 Minutes Imprint: Random House Audio Genre: Religion - Buddhism - Tibetan Release Date: September 13, 2005
Gallileo, Copernicus, Newton, Niels Bohr, Einstein. Their insights shook our perception of who we are and where we stand in the world and in their wake have left an uneasy co-existence: science vs. religion, faith vs. empirical enquiry. Which is the keeper of truth? Which is the true path to understanding reality?

After forty years of study with some of the greatest scientific minds as well as a lifetime of meditative, spiritual and philosophical study, the Dalai Lama presents a brilliant analysis of why both disciplines must be pursued in order to arrive at a complete picture of the truth. Science shows us ways of interpreting the physical world, while spirituality helps us cope with reality. But the extreme of either is impoverishing. The belief that all is reducible to matter and energy leaves out a huge range of human experience: emotions, yearnings, compassion, culture. At the same time, holding unexamined spiritual beliefs–beliefs that are contradicted by evidence, logic, and experience–can lock us into fundamentalist cages.

Through an examination of Darwinism and karma, quantum mechanics and philosophical insight into the nature of reality, neurobiology and the study of consciousness, the Dalai Lama draws significant parallels between contemplative and scientific examination of reality. “I believe that spirituality and science are complementary but different investigative approaches with the same goal of seeking the truth,” His Holiness writes. “In this, there is much each may learn from the other, and together they may contribute to expanding the horizon of human knowledge and wisdom.”

This breathtakingly personal examination is a tribute to the Dalai Lama’s teachers–both of science and spirituality. The legacy of this book is a vision of the world in which our different approaches to understanding ourselves, our universe and one another can be brought together in the service of humanity.
Read More
“The Dalai Lama lost spiritual leadership in his own country, but now exercises it around the world. Like all good teachers, he comes to learn.  He found that what Buddhism lacked in his country was a fruitful interchange with reason and modern science. Here he fosters that exchange, at a time when some Christians have turned their backs on science and the Enlightenment. We are losing what he has gained.”
—Garry Wills, author of Why I Am a Catholic


“With disarming honesty, humility, and respect, His Holiness the Dalai Lama has explored the relationship between religion and science and suggested the way in which they can affirm and qualify each other’s insights. By juxtaposing traditional Buddhist teaching with the discoveries of modern physics and biology, he infuses the debate about such contentious issues as the origins of the universe, the nature of human consciousness, the evolution of species and genetic engineering with intimations of profound spirituality and shows how these questions can further our search for ultimate meaning. But above all, his gentle but insistent call for compassion is desperately needed in our torn and conflicted world.”
—Karen Armstrong, author of A HIstory of God and The Spiral Staircase
Read More 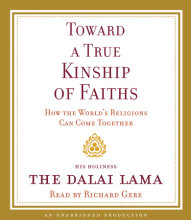 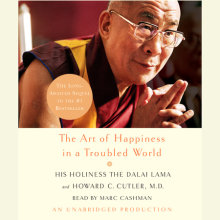 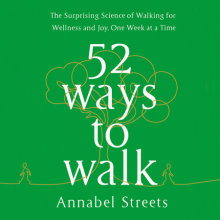