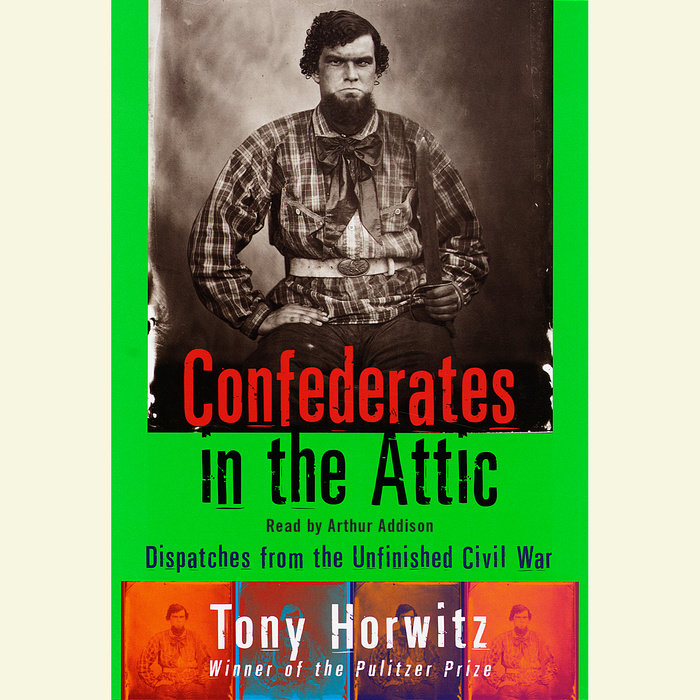 Written by: Tony Horwitz
Read by: Michael Beck & Arthur Addison
15 Hours and 43 Minutes Imprint: Random House Audio Genre: History - United States - Civil War Period (1850-1877) Release Date: November 19, 2013
When prize-winning war correspondent Tony Horwitz leaves the battlefields of Bosnia and the Middle East for a peaceful corner of the Blue Ridge Mountains, he thinks he's put war zones behind him. But awakened one morning by the crackle of musket fire, Horwitz starts filing front-line dispatches again this time from a war close to home, and to his own heart.
Propelled by his boyhood passion for the Civil War, Horwitz embarks on a search for places and people still held in thrall by America's greatest conflict. The result is an adventure into the soul of the unvanquished South, where the ghosts of the Lost Cause are resurrected through ritual and remembrance.
In Virginia, Horwitz joins a band of 'hardcore' reenactors who crash-diet to achieve the hollow-eyed look of starved Confederates; in Kentucky, he witnesses Klan rallies and calls for race war sparked by the killing of a white man who brandishes a rebel flag; at Andersonville, he finds that the prison's commander, executed as a war criminal, is now exalted as a martyr and hero; and in the book's climax, Horwitz takes a marathon trek from Antietam to Gettysburg to Appomattox in the company of Robert Lee Hodge, an eccentric pilgrim who dubs their odyssey the 'Civil Wargasm.'
Written with Horwitz's signature blend of humor, history, and hard-nosed journalism, Confederates in the Attic brings alive old battlefields and new ones 'classrooms, courts, country bars' where the past and the present collide, often in explosive ways. Poignant and picaresque, haunting and hilarious, it speaks to anyone who has ever felt drawn to the mythic South and to the dark romance of the Civil War.
Read More
"The freshest book about divisiveness in America that I have read in some time. This splendid commemoration of the war and its legacy . . . is an eyes-open, humorously no-nonsense survey of complicated Americans."
--Roy Blount Jr., New York Times Book Review

"In this sparkling book Horwitz explores some of our culture's myths with the irreverent glee of a small boy hurling snowballs at a beaver hat. . . . An important contribution to understanding how echoes of the Civil War have never stopped."
--USA Today

Horwitz's chronicle of his odyssey through the nether and ethereal worlds of Confederatemania is by turns amusing, chilling, poignant, and always fascinating. He has found the Lost Cause and lived to tell the tale a wonderfully piquant tale of hard-core reenactors, Scarlett O'Hara look-alikes, and people who reshape Civil War history to suit the way they wish it had come out. If you want to know why the war isn't over yet in the South, read Confederates in the Attic to find out.
--James McPherson, author of Battle Cry of Freedom
Read More 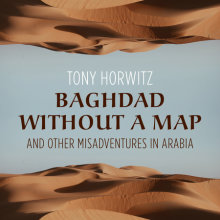 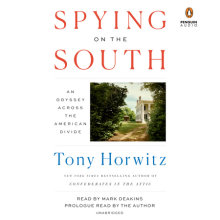