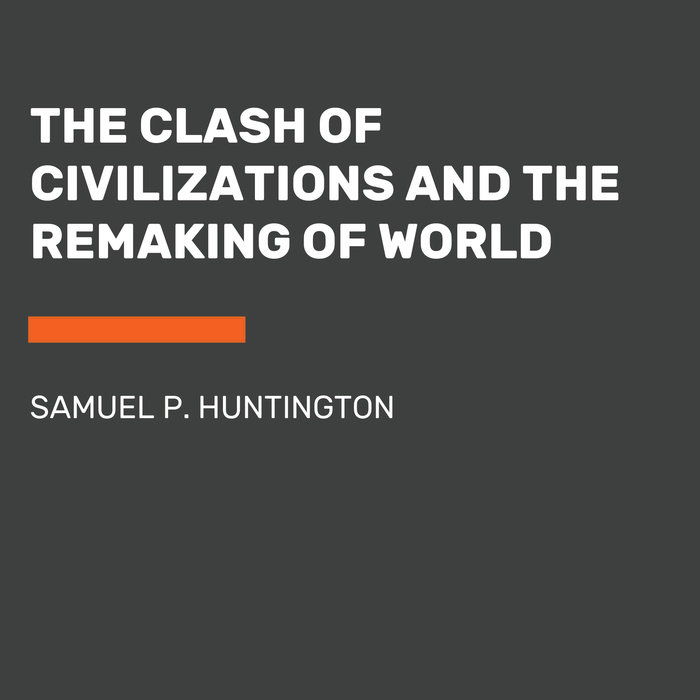 Since its initial publication, The Clash of Civilizations and the Remaking of World Order has become a classic work of international relations and one of the most influential books ever written about foreign affairs. An insightful and powerful analysis of the forces driving global politics, it is as indispensable to our understanding of American foreign policy today as the day it was published. In the words of former National Security Adviser Zbigniew Brzezinski, it “has earned a place on the shelf of only about a dozen or so truly enduring works that provide the quintessential insights necessary for a broad understanding of world affairs in our time.”

Samuel Huntington explains how clashes between civilizations are the greatest threat to world peace but also how an international order based on civilizations is the best safeguard against war. Events since the publication of the book have proved the wisdom of that analysis. The 9/11 attacks and wars in Iraq and Afghanistan have demonstrated the threat of civilizations but have also shown how vital international cross-civilization cooperation is to restoring peace. As ideological distinctions among nations have been replaced by cultural differences, world politics has been reconfigured. Across the globe, new conflicts—and new cooperation—have replaced the old order of the Cold War era.

The Clash of Civilizations and the Remaking of World Order explains how the population explosion in Muslim countries and the economic rise of East Asia are changing global politics. These developments challenge Western dominance, promote opposition to supposedly “universal” Western ideals, and intensify intercivilization conflict over such issues as nuclear proliferation, immigration, human rights, and democracy. The Muslim population surge has led to many small wars throughout Eurasia, and the rise of China could lead to a global war of civilizations. Huntington offers a strategy for the West to preserve its unique culture and emphasizes the need for people everywhere to learn to coexist in a complex, multipolar, muliticivilizational world.
Read More