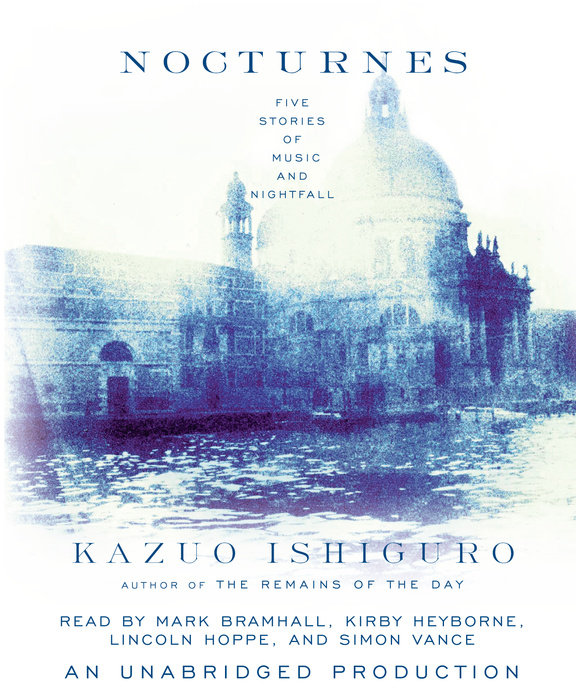 From the winner of the Nobel Prize in Literature and author of the Booker Prize–winning novel The Remains of the Day comes an inspired sequence of stories as affecting as it is beautiful.

With the clarity and precision that have become his trademarks, Kazuo Ishiguro interlocks five short pieces of fiction to create a world that resonates with emotion, heartbreak, and humor. Here is a fragile, once famous singer, turning his back on the one thing he loves; a music junky with little else to offer his friends but opinion; a songwriter who inadvertently breaks up a marriage; a jazz musician who thinks the answer to his career lies in changing his physical appearance; and a young cellist whose tutor has devised a remarkable way to foster his talent. For each, music is a central part of their lives and, in one way or another, delivers them to an epiphany.

Read More
Reviews from the UK:

“A brilliant new book . . . Art, its dangers, its pains and its gaiety [are] all topics seriously considered in this accomplished book.”
–Frank Kermode, London Review of Books

“Spellbinding . . . Each of these stories is heartbreaking in its own way, but some have moments of great comedy, and they all require a level of attention that, typically, Ishiguro’s writing rewards . . . The final story [is] exquisite.”
–Observer

“By now it is clear that this exquisite stylist is serious in his pursuit of a minimal–perhaps even universal–mode of expression for the emotional experiences that define our lives as human. Nocturnes is a set of poised and playful reflections on the falling away of sentiment . . . These stories recall Ishiguro’s best known novel, The Remains of the Day. In their surreal touches they resonate with The Unconsoled. And in their deceptively simple exploration of love and loss, they build on the achievement of Never Let Me Go.”
–The Times

“It is hardly surprising that a writer as resonant, and as emotionally pitch-perfect, as Kazuo Ishiguro should be so keen on music . . . [The title story’s] set-up is so beautifully engineered that it left me simultaneously gasping in admiration and shaking with laughter.”
–Sunday Telegraph

“These stories come up on you quietly, in Ishiguro’s strangely weightless style [and] haunt you for days . . . A nocturne is a piece of music inspired by, or evocative of, the night . . . These little pieces could only be the work of a great composer.”
–Evening Standard

“Chopin is the composer most associated with the form [of the nocturne], bringing to it grace and beauty, fragility and poise, qualities conspicuous in this diverting collection of five stories by Kazuo Ishiguro . . . Serious as Ishiguro’s intentions surely are, in these well-tempered, witty and droll stories he is more playful than he has ever been.”
–Glasgow Herald

“Ishiguro’s volume has the quality of a song cycle, with recurring themes developed in different guises . . . They resonate long after the book is set aside.”
–Daily Telegraph

“It’s hardly surprising that the arrival of a new Ishiguro book makes a reader eager to pounce on it . . . The quintet consists of first person narratives and each one is likeable, original and succeed in sustaining the reader to the final word . . . There are echoes of Somerset Maugham. But Ishiguro, the most literary of writers, is seldom derivative. [He is] a canny writer who is cool, poised and well capable of shifting directions and shaping surprises . . . Somehow he manages to say a great deal about the business of being alive.”
–The Irish Times 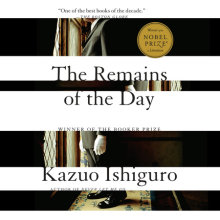 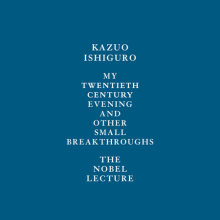 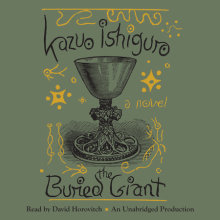