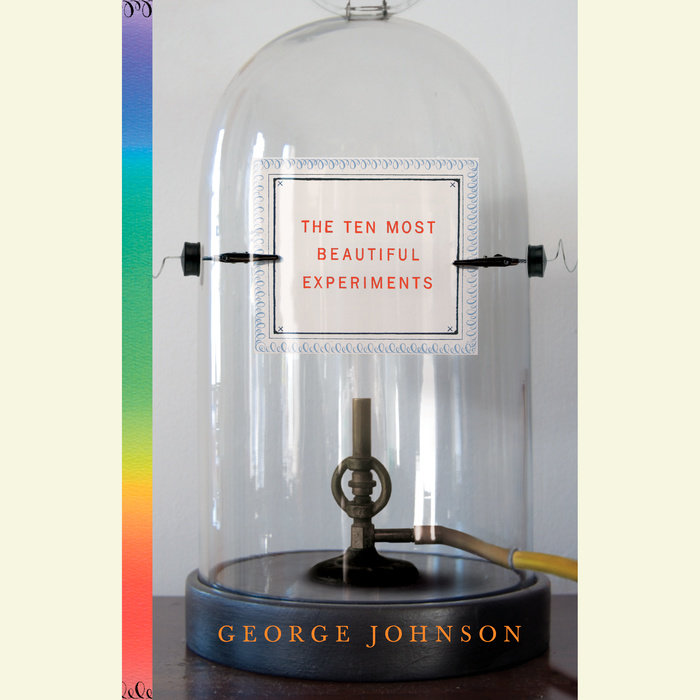 Johnson takes us to those times when the world seemed filled with mysterious forces, when scientists were dazzled by light, by electricity, and by the beating of the hearts they laid bare on the dissecting table.

We see Galileo singing to mark time as he measures the pull of gravity, and Newton carefully inserting a needle behind his eye to learn how light causes vibrations in the retina. William Harvey ties a tourniquet around his arm and watches his arteries throb above and his veins bulge below, proving that blood circulates. Luigi Galvani sparks electrical currents in dissected frog legs, wondering at the twitching muscle fibers, and Ivan Pavlov makes his now-famous dogs salivate at ascending chord progressions.

For all of them, diligence was rewarded. In an instant, confusion was swept aside and something new about nature leaped into view. In bringing us these stories, Johnson restores some of the romance to science, reminding us of the existential excitement of a single soul staring down the unknown.
Read More
Praise for George Johnson’s The Ten Most Beautiful Experiments

“As a science journalist, Mr. Johnson is a seasoned translator of technical jargon. He also has a sharp eye for human plot, both in and out of the laboratory . . . a certain spirit of wonder breathes through Mr. Johnson’s chapters.”
-The New York Sun

“Johnson has a good feel for detail . . . and an easy touch with larger concepts . . . Johnson’s lively book nicely evokes the lost world of the tabletop experiment . . . appealing.”
-The New York Times Book Review

“Johnson’s book is as elegant as the experiments he features . . . . The writing here is lively, mixing bits of biography with the experiments themselves, offering the human element that explains the scientists’ motivation as well as the science. Johnson shares personal anecdotes as well as theory in an engaging, compelling style. The result is a little gem of a book, enjoyable to read both as history and science.”
-Bookpage

“Johnson deftly relates the circumstances and eccentricities integral to the findings behind science’s most seminal experiments.”
-Seed Magazine

“George Johnson knows his stuff, and his stuff is science.”
-The Santa Fe New Mexican

“George Johnson’s The Ten Most Beautiful Experiments makes its point as elegantly as the experiments it describes.”
-Wall Street Journal

“Unusual and engaging . . . unfussy, jargon-free . . . Johnson is an experienced science writer with a knack for making biology and physics clear, and for finding the humanizing details in this world.”
-Minneapolis-St. Paul Star Tribune

“[An] entertaining physics text by a skilled science writer.”
-Jeffrey Bairstow, In My View
Read More