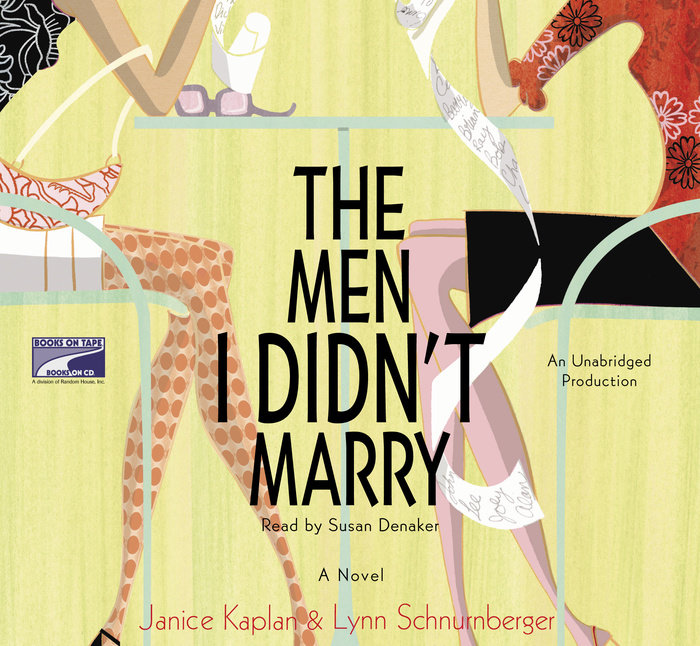 The authors of the national bestsellers Mine Are Spectacular! and The Botox Diaries apply their trademark wit and wisdom to another delicious adventure. Join Hallie Lawrence Pierpont as she’s whisked away on a journey into her past love life that leads to her future.

Hallie’s husband, Bill, doesn’t even wait until they get home from dropping off their youngest daughter at Yale to announce that he’s leaving Hallie. After first succumbing to an Oreo-induced coma, Hallie is determined to get her life back. An unexpected call from an old college boyfriend sets a plan in motion. Whatever happened to all those men she didn’t marry?

With her best friend, Bellini Baxter, Hallie visits an all-night spray-tanning salon and Soho’s legendary Cellulite Exorcist. Her college-age children are protective of their mom but embarrassed to have her back in teenage territory–the world of dating and condoms. Finally, Hallie confronts the great love she swore she’d never see again and, while resolving an old family secret, reconciles with her long-estranged sister.

"A funny, buoyant novel...[the authors'] combination of whip-smart dialogue, spot-on metaphors and the occasional steamy bedroom scene creates a hilarious hit that gives chick lit just the kick to keep it from going stale. As Sara's girlfriend Berni might remark, Mine Are Spectacular! is better than a box of bonbons."
–People (four-star review)

“[The authors] are deservedly renowned for their ability to document the social habits and favorite trends of wealthy women.”
–Chicago Sun-Times

“[A] midlife-crisis bonbon, which should be sold with fuzzy slippers and a tube of cucumber eye gel.”
–The New York Times Book Review

"A book you can't put down...a hilarious new novel offering a fresh and irreverent take on the lives and relationships of women in their forties."
--WCBS-TV

“Fast-paced and with zingers on every page.”
–The Washington Post

“A sexy romp . . . which leads [its characters] charmingly back to the basics of being best friends.”
–Elle
Read More 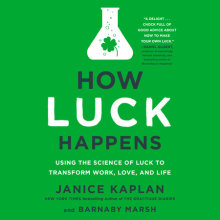 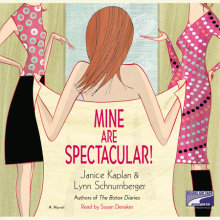 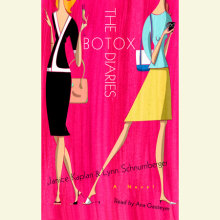